In my studio I produce both commercial work for Israeli and international clients and passion projects – shorts and music videos which have been screened in several film festivals. Also, I have also produced numerous non profit commercial for different Voluntary association.

Here are some of my projects (I have directed all of them, shot and edited a few):

2009-2012 – Writing and development of a feature film “Shtiglitz” In cooperation with the prodcer Eitan Even (“The Debt”). The writing has been funded by The Israeli film fund. at the moment the project is in the financing stage.

2012 – “Rebound”. short comedy. Screened in Cannes film festival 2012. The film has also been screened in “Icon” film fest. A california based distribution company named ‘Play Festival Films” has contacted me after screening my film in Cannes and we had signed a distribution contract for the film.

2012 – a corporate film for the international hi tech company “Nice”. the film has been screened in San diego.

2010-2012 – several movies for an international startup named “school tv”. the company is mainly based in new york and Tel Aviv

2010 – A serious of commercials for a big Israeli bank, screened on Israeli tv

2009 – “Good monkey” comedy, short. Had been screened in the Jerusalem international film festival

2009 – “Where Is The Fun” – short. Screened in The ISraeli Super Short film festival, screened several times on the Israeli TV

2008 – “Cut out”, Animation, short. Premiered in Rouen Nordic Film Festival in france, following by a screening in the Jerusalem international film festival 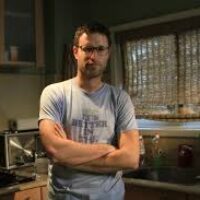