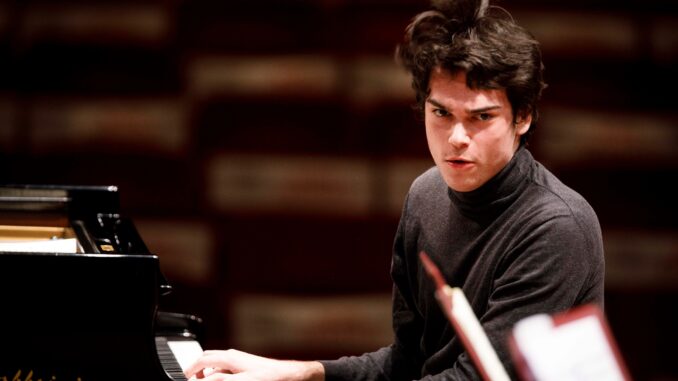 “He already has everything of a great…he brought the audience to its knees” Diapason
"The very definition of ‘one to watch’” International Piano
“A true piano artist, a performance to inspire superlatives" Haaretz

In January 2019, Tom Borrow was called on to replace renowned pianist Khatia Buniatishvili in a series of 12 concerts with the Israel Philharmonic Orchestra. At only 36 hours' notice, he performed Ravel's Piano Concerto in G to sensational public and critical acclaim. The chief music critic of the Israel Broadcasting Corporation, Yossi Schifmann, hailed his performance as "brilliant... outstanding", ending his review with the words, "Tom Borrow is already a star and we will all surely hear more about him". Following this successful series Tom was further presented by the IPO in gala concerts held in London and Mexico City, and reinvited for a subscription series in the 2020/21 season. International Piano magazine’s Summer 2019 issue included a two-page feature on Tom, naming him their ‘One To Watch’. Soon afterwards, Gramophone gave him the same accolade (“an exciting young pianist...individuality and elegance"). In 2021, he was named a BBC New Generation Artist 2021-23.

Born in Tel Aviv in 2000, Tom Borrow has performed as soloist with all major orchestras of his native country, including the Israel Philharmonic Orchestra, Jerusalem Symphony Orchestra and the Israel Symphony Orchestra, among others. He began studying piano, aged five, with Dr. Michal Tal at the Givatayim Music Conservatory, and currently studies with Prof. Tomer Lev at the Buchmann-Mehta School of Music at Tel Aviv University. Tom has been regularly mentored by Murray Perahia through the Jerusalem Music Centre’s program for outstanding young musicians.

Tom has won every national piano competition in Israel, including first prize at the Israeli Radio & Jerusalem Symphony Young Artist Competition in Jerusalem, and three first prizes at the "Piano Forever" Competition in Ashdod (in three different age categories). In the summer of 2018 Tom won the prestigious "Maurice M. Clairmont" award, given to a single promising artist once every two years by the America-Israel Cultural Foundation and Tel-Aviv University.

Throughout the many masterclasses Tom has participated in, he has had the privilege of working under the instruction of Sir András Schiff, Christoph Eschenbach, Richard Goode, Menahem Pressler and Tatiana Zelikman, among many others.

Tom has started to attract attention from some of the piano world's leading media commentators. His 2021 performance at the Jacobins Piano Festival in Toulouse won superb reviews from Diapason (“He already has everything of a great… brought the audience to its knees”) and ResMusica (“The gem of the festival… Tom Borrow: a name to remember!”). And as well as the International Piano and Gramophone recognition, WWFM Radio in the US featured him as an outstanding young talent, with the much-respected presenter Jed Distler commenting, "Tom Borrow is an immensely talented young pianist... keep your eye on this really, really talented youngster - he is special". RAI televised his recent Rome concert. Tom’s first album is due for release in the near future, on Hanssler Classic.

This biography has been updated as of 6th October, 2021. Please do not amend without permission from James Inverne Music Consultancy. 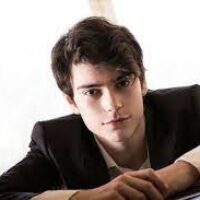