Independent curator and art consultant, Vera Pilpoul has been active on the Israeli art scene for over a decade, as a gallery director, curator, producer of visual art exhibitions, and career mentor for independent artists.

Ms. Pilpoul has studied art history at the Tel Aviv University, the Open University, and courses in art history at the Department of Israeli Art at the Academic College of Tel Aviv-Yafo. Worked at the Florentin 45 Contemporary Art Gallery, as an assistant curator with owner / curator Gilat Nadivi. Together with Nadivi, she curated several group exhibitions and has been the curator and producer of solo and group exhibitions in Israel and abroad.
Between 2012-14, she was the director and curator of the Sissman Gallery of Art, Tel Aviv.
At present, she also mentors emerging artists or mid-career artists, as curator and producer of art exhibitions and projects in Israel for local and international artists, as well projects for Israeli artists showing abroad.

Curator of the following exhibitions (a selection): 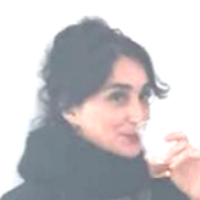