Yevgeny Rogozhyn was born in Donetsk city, Ukraine. In 2000 he started his dance career like a bboy (breakdancer). In 2007 he opened his dance studio Be Incredible and had been teaching students there up to 2015.

Also, Ievgen worked as a choreographer and performer and was a founder of the dance crew. In 2015 he became a citizen of Israel and received an artist certification. He continues to work and perform in Israel as a dancer, choreographer, and artist. He is a member of Israel’s dance crew Lions of Zion which performs with dance shows all over the country.

Yevgeny’s dance crew was half-finalist of Ukraine got talent show. He was a choreographer on such events like: Miss Donbass, Euro 2012, Stars of pole vaulting 2011 and others. Also he was a participant and winning many dance events around the world (Ukraine, Russia, Israel, USA, Germany, Holland, France, Denmark, Italy, Austria and others): 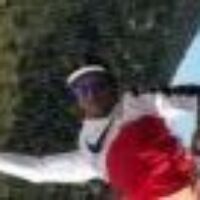