Born in Jerusalem, Israel, Yoav Horesh has exhibited internationally in galleries and museums in Germany, Italy, Israel, the United States, Sweden, Russia, Hong Kong, Myanmar and Peru. Yoav’s work has been featured by Amnesty International, as well as in magazines, art journals, and websites across three continents. He has given public lectures and artists talks in art schools, universities, and galleries in The United States, Israel, China and Europe.

Since 2001, Horesh’s work has been concerned with history, conflict, memory, ethnicity and multiculturalism. His projects have taken him to the American South-west, Germany, Laos, Israel, the Gaza Strip, Bolivia, Vietnam, Mongolia and Cambodia; places where history still shapes and influences current events and daily life.

Yoav’s work is included in many private and public collections including The Addison Gallery for American Art, Ashdod Museum of Art, The Museum of New Art in Michigan, and Utah Museum of Fine Arts. His second monograph “Aftermath” (2016) was published by SPQR Editions.

Horesh has received various awards, commissions and grants including the Agnes Martin Award, The Exceptional Artist Award in Israel, The Projektraum-Bahnhof25 residency award, The Emmanuel College Artist Residency and the Mortimer Frank Grant.

Since completing his MFA from Columbia University in 2005, Yoav has been teaching in universities and colleges in the United States, Hong Kong, Europe and in Israel. In the summer of 2017, Horesh was hired as the Chair of the Photography Department at The New Hampshire Institute of Art in Manchester, NH. 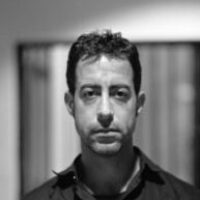