Yoav Talmi, recipient of the Israeli Prime Minister Prize for Composers and the Serge Koussevitzky Memorial Prize for conductors, is celebrated as one of Israel’s most distinguished conductors-composers on the international scene.

Conductor Emeritus of the Quebec Symphony in Canada and Head of the Orchestral Conducting Department at Tel Aviv University’s Buchmann-Mehta School of Music, he is in demand worldwide for concerts and masterclasses in the U.S., Canada, Europe, South America and China.

Born in Israel, Talmi is a graduate of the Rubin Academy of Music in Tel Aviv and the Juilliard School in New York, where he earned degrees in both composition and conducting with grants from the America Israel Cultural Foundation (AICF).

Although Yoav Talmi is known today primarily as a conductor, he always finds time for composing, arranging and orchestrating. Upon his graduation from the Tel Aviv Music Academy he won the Boskovich Prize for young composers. In 1963, at age nineteen, his march, “Tzahal Marches”, won first prize in a competition and became the official march of the IDF.

Yoav Talmi has recorded for Chandos, Decca, EMI, Naxos, Teldec, CBC Records (Toronto), Atma and Analekta (Montreal) and IMI (Israel). His recording of Bruckner’s Ninth Symphony with the Oslo Philharmonic won the prestigious “Grand Prix du Disque” in Paris, while his many recordings with the Quebec Symphony, the San Diego Symphony and the Israel Chamber Orchestra won significant prizes and were raved by the professional media around the globe.

Maestro Talmi holds an Honorary Doctorate from the Laval University in Quebec, Canada . 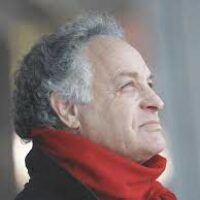