Yuval Yakir was born in Israel in 2001, he learns percussion instruments from age 11 at Tremolo – the International Percussion Center in Israel, with the teacher Tomer Yariv. He also participates in the Netanya Conservatory and studies in the music program at Hof-HaSharon High School.

Yuval is a member of the Young Israel Philharmonic Orchestra, the Israel National Orchestra, The percussion ensemble “Tremolo” Center and representative orchestra of the Netanya Municipality. Yuval performs music and plays in Netanya Municipality events, such as memorial ceremonies, Adloyadas and more. Participates in national conferences of orchestras, chamber ensembles and choirs of the Ministry of Education each year. He performed in chamber ensembles like in ensembles on behalf of the Young Israel Philharmonic Orchestra, a chamber ensemble led by Professor Menachem Wiesenberg and other ensembles led by Alon Bor, and in the National Orchestra under the guidance of Tomer Yariv.

Yuval has played with professional bodies such as the Israel Philharmonic Orchestra, the Israel Symphony Orchestra Rishon LeZion, the Raanana Symphonette, and the Tremolo Ensemble. He played with artists and creators such as Rami Kleinstein, Yoni Rechter, Matti Caspi, Yuval Dayan, Rachel Shapira, and Nurit Hirsh.

Yuval is a recipient of scholarships from the AICF consistently for percussion, for the year 2018/19. He also received a scholarship from the Ronen Foundation, 2018. 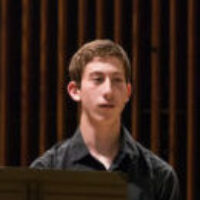