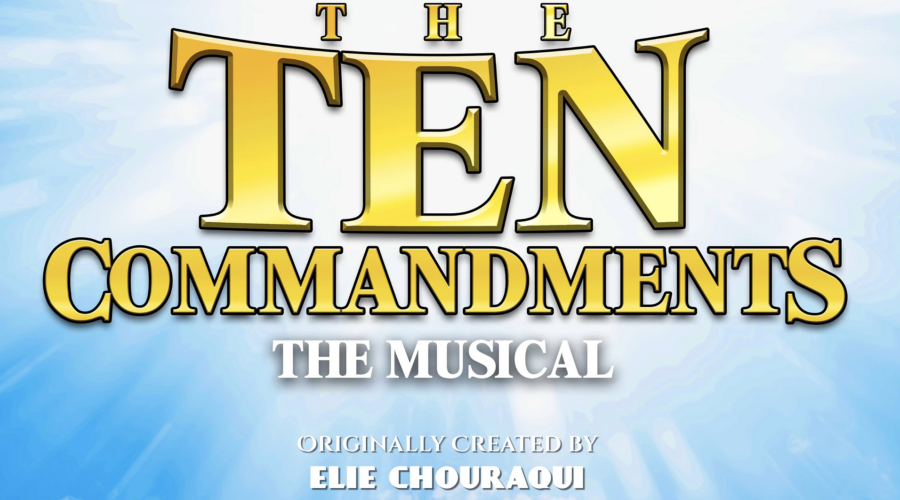 Twelve talented artists will bring to life the story of Moses and the Jewish people on Off-Broadway.

The Ten Commandments’ Off-Broadway Cast is now announced and brings new diverse talents from musical theater and operatic backgrounds. Twelve talented artists will bring to life the story of Moses and the Jewish people.

All these performers will sing the beautiful music of Pascal Obispo, one of France’s most notorious composers, with original lyrics by Lionel Florence and Patrice Guirao. The Musical was originally created by Elie Chouraqui, who wrote the Book. David Serero is bringing this Musical to America, directing and adapting it in the English language. “The Ten Commandments” dramatizes the biblical story of the life of Moses, an adopted Egyptian prince who becomes the deliverer of his real brethren, the enslaved Hebrews, and after that leads the Exodus to Mount Sinai, where he receives, from God, the Ten Commandments.

“I have carried this masterpiece in my heart since its first day of creation. This unique collaboration between two masters, Elie Chouraqui and Pascal Obispo, will forever remain in the history of French musicals. The whole collaboration was sublimated by the original French lyrics of Lionel Florence and Patrice Guirao and the exceptional quality of the original performers that no one could be compared to this day. My idea is to make this work suitable for American audiences with an established musical theater culture (the perfected combination of theatrical dialogues and music). I know that it will be a success because no one in the world can remain indifferent to this story and the exceptional music of Pascal Obispo. The work of adaptation and interpretation of the material was necessary to match the high standards of Broadway. It’s a dream come true, and I am eternally grateful to Mr. Obispo, Chouraqui, Florence, Guirao, and the Atlético Editions for their trust, guidance, and kindness. I expect this work to enter the American musical theater repertoire and to be performed all over the United States and in English-speaking countries,” said David Serero.

Pascal Obispo is one of the most successful singer/songwriters in the genre of French pop, who released numerous commercial blockbuster albums, scored Top Ten hit singles with regularity, embarked on multiple sold-out concert tours, wrote songs for a musical of his own creation, and collaborated with a long list of French pop stars. The lead single of The Ten Commandments, “L’envie d’aimer,” was also recorded in English by Celine Dion.

Almost 20 years after its opening, “The Ten Commandments” (Les Dix Commandements) is presented in English. This artistic work has gathered over 3 million spectators in Europe in total. This revival recording and stage adaptation are the ideas of the baritone and producer David Serero, who signs the English language adaptation and the American theatrical productions.