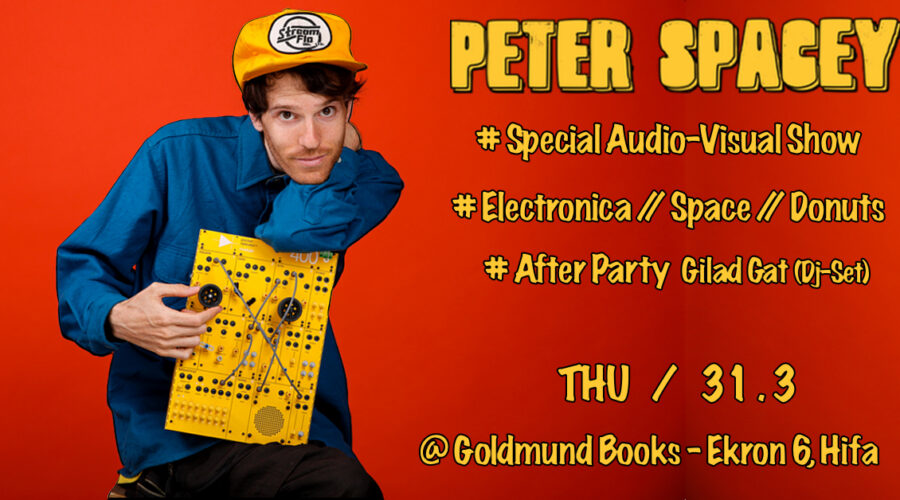 Omer Luz, AKA Peter Spacey, in a special audio-visual show as part of the Spacetagon Tour

Peter Spacey is the stage name of the Tel-Aviv based beatmaker/DJ and producer Omer Luz,
best known for his glitched grooves & spicey beats.

Recently Spacey was invited to be a featured artist and collaborate in a Mitsubishi advert music video that showcasing the new collection of cars.