Ady Cohen is a film composer who also composes music for the stage, TV and the concert hall. He is the winner of the 2012 ACUM (Israeli ASCAP) Award for Best Score for a Children’s Film, and the 1998 Israeli Academy Award for Best Film Score.

Having come from a family of musicians (most of them with the Israel Philharmonic Orchestra), Ady was naturally drawn into the world of music, and soon enough became very successful at it. On the basis of his early work, the late Maestro Leonard Bernstein became Ady’s patron and sponsored his studies at New York University where he graduated with Honors as a Bachelor of Fine Arts.

Ady has composed over 30 film scores, among them: “Passover Fever”, “Song of the Siren”, “Dangerous Acts” and more. He has written the music for numerous theater plays, among them “The Imaginary Invalid” (Khan Theater), “Night in Tel Aviv” (Tzavta Theater), “Mr. Halpern and Mr. Johnson” (Cameri Theater), and dance performances (“The Land of Rape and Honey” by Liat Dror Nir Ben Gal Dance Company), as well as for TV films and series, such as “The Ex List” (Channel 2, sold to NBC), “When Shall We Kiss” (Channel 10, sold to HBO Europe), “Custody” (Channel 2), “Deus” (The Children’s Channel) and more. His talents are also employed by the advertising industry in TV, cinema and radio commercials and jingles.

Legendary musicians, such as Grammy Award winning composer Lalo Schifrin (“Mission: Impossible”), have praised Ady’s music, and some of his illustrious collaborators include distinguished directors such as Academy Award winner Zbigniew Rybczynski (“Tango).

As a composer who specializes in dramatic music, Ady’s unique ability to compose in different musical idioms, combined with his sensitivity to atmosphere and nuance, has led him to work in diverse genres: drama, comedy, action, suspense, thriller, children, teens, narrative as well as experimental films, and last but not least, his recent favorite: animation. He has composed the music to numerous animation series for Fox International Channels’ BabyTV, for BabyFirst TV, for “Sesame Stories” (Israel’s Hop TV), for the successful films “Caspion” (Silverfish), “The Elephant Who Wanted to be the Most”, and for 4 films by animator Gil Alkabetz (“Run Lola Run”), among others.

In 2001 Ady’s setting of 6 songs by Astor Piazzolla received its premiere by renowned opera singer Bavat Marom at Carnegie Hall in NY, garnering praise from the press, as well as introducing him to his future wife.

1) What or who inspired you to want to be an artist?
My initial, most influential inspiration to become an artist came from my parents, both of them artists themselves. My mother, the late pianist Ruth Mense, was one of the world’s best accompanists, Leonard Bernstein’s right-hand, as well as accompanist to Isaac Stern, Itzhak Perlman, Pinchas Zukerman, Gil Shaham, Henryk Szeryng, Christa Ludwig, Luciano Pavarotti, Shirley Verrett, Monserrat Caballé, Yo Yo Ma, Lynn Harrell, Jean-Pierre Rampal, to name a few, as well as the Israel Philharmonic’s pianist, My father, actor-singer Albert Cohen, is one of Israel’s most popular and beloved stage, film and TV actors, a member of the Tel Aviv Cameri Theater, one of legendary playwright-director Hanoch Levin’s regular actors who inspired many of his classic characters, a wonderful comedian, a dramatic actor and a singer who played in all the musicals produced in Israel – Thénardier in Les Misérables, Sweeney Todd in Sweeney Todd, Bud Frump in How to Succeed in Business Without Really Trying, Freddy Eynsford-Hill in My Fair Lady, Motel the Tailor in Fiddler on the Roof, Pharaoh in Joseph and The Amazing Technicolor Dreamcoat, among many others. Growing up with such amazing artists, who never neglected their other role as parents, spending most of my childhood in concerts and in the theater – backstage most of the time – and hanging with Israel’s and the world’s greatest musicians and actors, left me no other path than to become some kind of a mixture of both these worlds – music and theater – by becoming a dramatic composer, composing music for films, TV, and theater most of my life.

2) What was your creative journey that has brought you to where you are in your career today?
Encouraged by our parents, my brother Sharon, who is three years younger than me, and I started making Super-8 short movies when we were very young. We were the original “Cohen Brothers”… We wrote scripts, shot them with friends and family as our actors, edited and played the music. I also studied classical guitar and music theory very seriously since I was nine years old. I composed my first song at age fifteen, and at eighteen joined the IDF army orchestra as a guitarist, trumpeter, arranger, and singer. In the middle of my service, Lenny Bernstein, my mother’s beloved good friend and colleague, came to our house for a party, as usual when he came to Israel. He already knew some of the songs I composed, because I played them for him since I started to compose. He asked me what I wanted to do after I finish my army service, and I said that I want to study abroad. His simple answer was: “I’ll help you.” And indeed he did. Not only did he get me accepted to New York University’s Tisch School of the Arts, he also gave me a full scholarship to study for my B.F.A, which I received With Honors after two years. I spent a lot of time with him, attending his concerts, his recording sessions, after the concerts in parties and receptions, in Germany where he taught young musicians in the Schleswig-Holstein Music Festival, in Tanglewood, and in his Dakota home in NYC. I’ll never forget his words, as recorded in one of the documentaries he starred in: “If you ask yourself the question, should I become a composer?, there’s only one answer: no.” These were my feelings exactly. During my studies at NYU, I had the amazing fortune to become very close to another legendary artist, when I became Oscar-winning Polish director Zbigniew Rybczynski’s assistant. I worked with Zbig for a year, in his studio with him and only three other engineers. Together we made the world’s pioneering HD films, ten years before this format became the leading format which replaced traditional film. Being with Zbig for so many hours, working, talking, spending so much time together, taught me so much about art, history, culture. I connected deeply to Zbig’s sensibilities and to the strong relationship between visuals and music which dominate his work, and after working with him I woke up one day and knew: I’m a film composer.

3) What do you need as an artist today?
After working as a composer for about thirty years, what I need today in my career is freedom. Freedom to compose and create pieces which would come from my mind, not from a director’s mind. I want to compose theatrical pieces in which music is the center. Pieces that would bring out the good in people. Pieces that would mix different genres and artistic media but in which music would be the main, driving force. 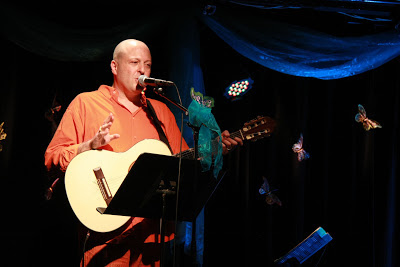 4) What creative project are you working on now?
Right now I am working on many different projects: I’m composing music for Israeli films, for TV series, for animation and other series for children (for Fox’s Baby TV), for theater plays (such as Lend Me a Tenor), for Israel’s Ministry of Tourism, and for commercials in the US. I’m also collaborating, as a composer, with a few lyricists on pop songs, composing a piece for musical saw and string quartet to be premiered in NYC’s Musical Saw Festival on June 1st, 2013, and preparing string quartet arrangements of a piece I composed in memory of my late mother, of songs by Astor Piazzolla and of Israeli songs, all to be performed by my wife, mezzo-soprano Bavat Marom. I’m also preparing cover versions of songs by Charles Trénet for my music publisher, and performing as a guitarist in recitals with my wife and with my father, and as a pianist in an improvisational show (in the style of Whose Line Is It Anyway?) with Israel’s most popular comedians. I’m also teaching film music privately, in four universities and in a high school for the arts. Did I forget something? Probably yes.

5) Where do you see yourself and your career in 10 years?
In ten years I see myself in the same place I am now, doing what I love to do: compose music, but with two strengthened aspects: more international exposure and work, and more independence as an artist to create my own pieces.

6) What does it mean to you to be an Israeli artist?
I think that being an Israeli artist means to me having an exciting, rich cultural history from which I draw constantly in my work, usually sub-consciously. My father came here from Bulgaria. My mother was born here, but her parents came from Poland and Czechoslovakia. These facts are present in my music, under its surface. It also means being able to do many different things easily and quickly.

7) What does it mean to you to have an organization like AICF available in the art world?
Regarding the AICF, I can only say that I can’t imagine the Israeli artistic community, whose members have a strong and important presence not only in Israel but all over the world, without the AICF. Such an organization is vital to artists because it gives them the support they need from a very young age, when they start learning, until they are older. It is vital especially in rough political and financial times, when governments spend so many resources on things other than art. For me, art is like food. The human race can’t live without it. It’s food for the soul. It’s so important to have the AICF recognize this fact. 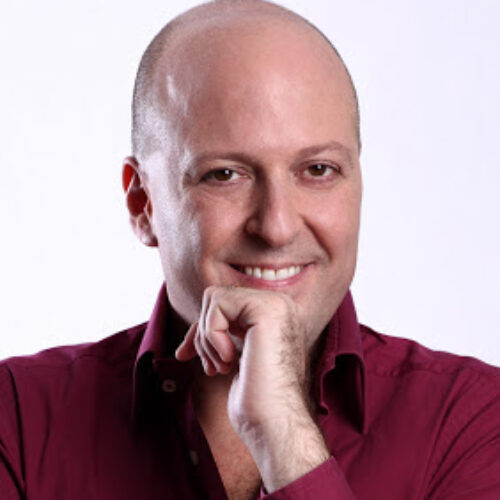