AICF mourns the loss of Elie Wiesel, Nobel Laureate and Holocaust Survivor, writer, teacher, journalist and AICF long-time donor and friend, who passed away on July 2 in New York, aged 87.

In 1978, President Jimmy Carter appointed Elie Wiesel as Chairman of the President’s Commission on the Holocaust. In 1980, he became the Founding Chairman of the United States Holocaust Memorial Council. He and his wife, Marion, founded The Elie Wiesel Foundation for Humanity, an organization created to fight indifference, intolerance and injustice. Elie Wiesel has received more than 100 honorary degrees from institutions of higher learning.

Mr. Wiesel wrote more than sixty books of fiction and non-fiction, including A Beggar in Jerusalem (Prix Médicis winner), The Testament (Prix Livre Inter winner), The Fifth Son (winner of the Grand Prize in Literature from the City of Paris), two volumes of his memoirs, All Rivers Run to the Sea and And the Sea is Never Full, and most recently The Sonderberg Case.

For his literary and human rights activities, he has received numerous awards including the Presidential Medal of Freedom, the U.S. Congressional Gold Medal, the National Humanities Medal, the Medal of Liberty, and the rank of Grand-Croix in the French Legion of Honor. In 1986, Elie Wiesel won the Nobel Prize for Peace. 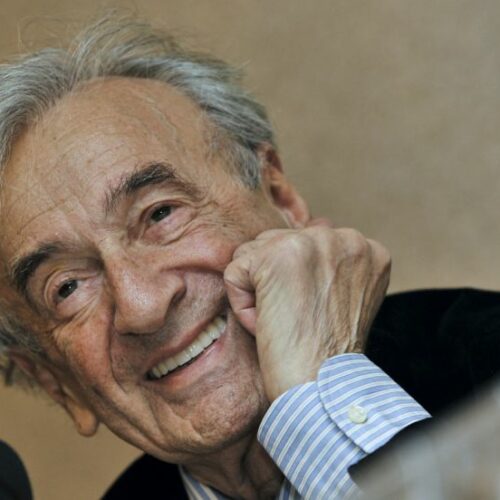