Alexandra Falkovski, a Ukrainian-born soprano, immigrated to Israel in 2002. She graduated from the Buchmann-Mehta School of Music at Tel Aviv University, and earned her Master’s degree at Brooklyn College City University of New York. Alexandra has performed as a soloist in Mozart’s Requiem, Beethoven’s Choral Fantasy with the Israeli Philharmonic and Maestro Zubin Mehta, Purcell’s Dido and Aeneas, and Vivaldi’s Gloria with the Moran Choir. She also took part in the Israeli Opera production of Orfeo ed Euridice, the Music Academy’s Die Zauberflöte, and a concert series for children with Symphonette Raanana. Her recent roles include Sister Genevieve (Suor Angelica), Frasquita (Carmen), Tatiyana (Eugene Onegin), Monica (The Medium), Marfa (The Tsar’s Bride), and others. Alexandra received scholarships from the America-Israel Cultural Foundation, IVAI, and the Buchmann-Mehta School of Music.

2) What was your creative journey that has brought you to where you are in your career today?
I am the only musician in my family. I was expected to become a lawyer. I even got a college degree in Law Administration. So my journey truly started when I moved to Israel with the goal of becoming a professionally-trained classical musician. At the time, I didn’t know anything about Israel, its culture, or how to speak Hebrew. Figuring out how and where to start was the hardest part. After earning my Bachelor degree in Israel, while performing at many venues, I decided to move to the United States to continue developing my career there.

3) What do you need as an artist today?
As an artist, I think that I need more understanding and appreciation. People think that singing is easy, that you just open your mouth and sound comes out. Being a professional classical singer requires a lot of hard work, practice, continuous study, and the ability to speak several languages, often with very little appreciation and encouragement along the way.

4) What creative project are you working on now?
Currently I’m working in a production of Don Giovanni with the New York Lyric Opera, in which I play Zerlina. 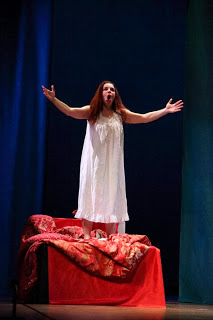 I would like to keep working closely with the charitable organizations with which I am currently involved, in order to be part of their growth and prosperity. While pursuing challenging roles in opera and classical singing venues, staying true to my Jewish musical heritage is of great importance to me as well.

6) What does it mean to you to be an Israeli artist?
Being an Israeli immigrant at the young age of nineteen, I feel proud of my culture and our global contribution to art. I find myself overwhelmed with the support of fellow Israeli artists and organizations that understand how difficult it is to be an immigrant.

7) What does it mean to you to have an organization like AICF available in the art world?
I have been blessed to have the guidance and support of the AICF both in Israel as a student and as a young working professional in New York. The AICF took me under its wings as I made the difficult transition from living in Tel-Aviv to being a foreigner in the United States. I really don’t know what I would have done without the help of the Foundation. 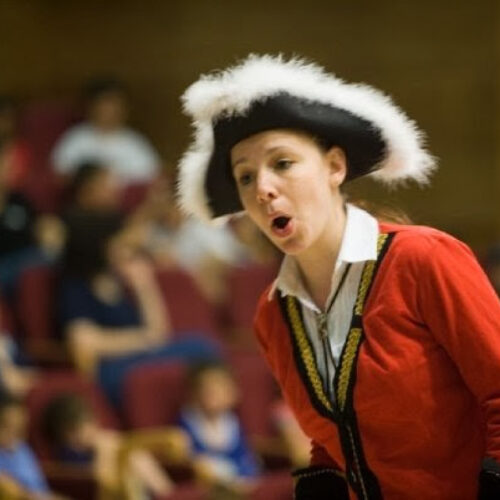