Alon Sariel is not just any musician, but an innovated musician of his time. He doesn’t shy away from any kind of music, or the expectations of what a mandolinist can do. Alon has played solo with most of the high rank orchestras in Israel, many times also as a conductor. During his studies at the Jerusalem Academy he has won the first prizes in the Chamber Music Competition, The Competition for String Instruments and The Conducting Competition. He was awarded the Audience Prize in the name of Meira Gera at the Aviv Competitions in Early Music and a special recognition from the Jury of the Ben-Haim Competition for Contemporary Israeli Music. AICF had the opportunity to sit down with Alon to learn about his past and what he hopes to accomplish as a teacher and musician.

1) What or who inspired you to want to be an artist?
From a very early age I was very interested in the Renaissance era and what strikes me still today is that so many people of the era were so open minded and multi-talented. When did Galilei and De Vinci find time to play the lute? Between investigating the Milky Way and painting the Mona Lisa? Today we are much more fixed and therefore, in my opinion, limited. I also was lucky to have true artists as my teachers. Some of them taught me the deeper meaning between the words of the Bible, or the Talmud, and some of them taught me that playing all the notes doesn’t necessarily mean making music. This is also what I try to give onwards to my students; to keep looking behind those black dots on the white paper.

2) What was your creative journey that has brought you to where you are in your career today?
I found out about early music and the historically-informed performance at the age of 18. I fell in love with this amazing music and this refreshing approach. While studying at the Jerusalem Music Academy, I came to form the Israeli Early Music Project together with other fellow students. This got me to study in Brussels (which is a fantastic center of early music) where I started picking up more early plucked instruments on the way. Today I play several different lutes, Baroque Guitar, Vihuela, and Baroque mandolin among others. Other very influential stops in my journey was studying from Maestro Yoel Levi, who opened my ears, as well as Maestro Benjamin Zander who awakened my awareness to the huge responsibility of conductors and musicians. I believe somehow all this fusion I grew up with resembles my musical world today. I don’t like the phrase “making a career;” I rather prefer making music.

3) What do you need as an artist today?
I think what every artist needs first is a supportive and inspirational environment to live in. I need inspirational people around me in order to keep going. I also need good weather at least once in a while along with good food and friendships. I need the stage to do what I can’t live without. To be more specific, at the moment I am looking for an agency that would like to help me bring my musical vision and passion out to the public through concerts, recordings and other media.

4) What creative projects are you working on now?
For the first time in my life I am taking part in a fully staged Baroque opera. That is a field that lately interests me a lot. The opera is Monteverdi’s Poppea. This month will also include my debut as a conductor of the Youth Symphony of Gottingen. With this group I realized how much fun and refreshing working with youth can be.

5) Where do you see yourself and your career in 10 years?
It’s very hard to tell.  I would have never guessed five years ago that today I would be doing what I’m doing. I am always being asked what do I like better playing or conducting, and I wish I will never have to choose one over the other. Although I really enjoy touring, I hope that in 10 years from now I could wake up in the morning next to the woman I love, cross the road to the hall of my orchestra, and make music with people I look up to. But of course there are other alternatives…I could find myself teaching in a small studio in San Francisco and playing jazz at the local bar, or perhaps touring with a world music ensemble, playing Rembetico in Taverns across Greece. I might also find myself giving recitals of Spanish early repertoire with Vihuela and Baroque guitar, but I will be really happy if I’d be able to find the right balance between all these different possibilities. What I wish for myself is that in 10 years (really forever) I would keep learning something new every day. 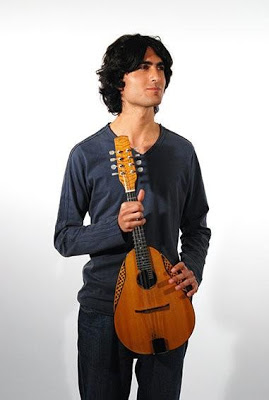 Being raised in Israel for me is living fusion in the ever day life, where from one kitchen you hear a Ladino song and from the other door you hear Brahms violin concerto; where the neighbor on the right is American and the one on the left is Moroccan; another one across the street is French and yet all are Israelis. I find Jewish and/or Israeli music in almost every concert I play and every program I offer. I find that investigating into this theme of identity much more since I’ve moved to Germany. Here especially identity comes up quite often. I am sometimes being asked how I feel as a Jew in Germany and there is of course never a simple and short answer to that. As a member of Yehudi Menuhin’s Live Music Now, I get to play concerts in hospitals and nursing homes in the region, many times in front of very old people who neither you nor I know what exactly they were up to in the dark times of the Nazi government. My way to live with it is to try and learn about the Jewish community of every place I travel to in Germany; to know how big it was, where was the synagogue, and what was their daily life. Of course I am also thankful to everything modern Germany has to offer, and there is a lot. Being an Israeli artist also means being always ready to receive criticism about the policy of Israeli government around the world, and, even more, to be expected to come up with answers to some questions, which are not very simple. Therefore, even if sometimes politics seems to be  he most uninteresting thing I could think of, I fee obliged to read the news of the region once in a while, sometimes through more than one source.

AICF and my musical experience are tied together since I was a child. AICF helped me through my academic studies including taking part in different orchestra tours, participating at the Aviv Competitions for early music instruments, receiving the Audience Prize there, and more recently buying my new Medieval Lute. AICF has a great legacy of excellance and I am very proud to be part of this family together with such amazing artists. 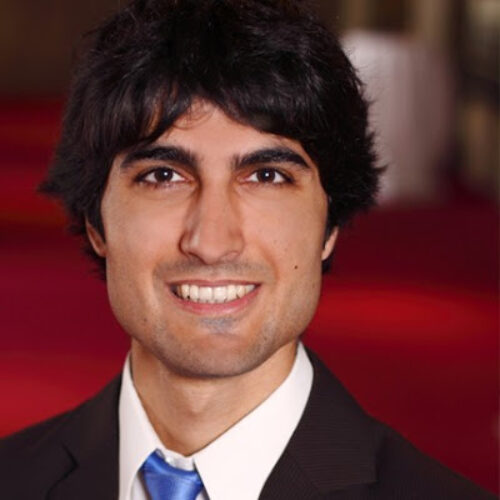