Composer/Guitarist Oren Neiman’s music is both innovative and in the forefront of today’s jazz styles, as well as being celebrated for his technical precision. His compositions explore a combination of jazz sensibility with Middle Eastern rhythms and melody.

Oren’s current projects include: Live original music for “Suddenly a Knock at the Door,” a play written by Robin Goldfin, based on short stories by acclaimed Israeli writer Etgar Keret; The band “Sha’ar” whose current project is a reimagining of the works of Israeli composer Yedidia Admon; the energetic acoustic duo “Isra-Alien,” led by fellow Israeli guitar player Gilad Ben Zvi, which delves into the world of Mediterranean gypsy music, and the Oren Neiman Quartet.

“Isra-Alien” duo tours regularly and has released two albums; The Oren Neiman
Quartet has also released 2 albums, the last of which – “Frolic and Detour” – was released in April 2009.
We are delighted to feature Oren as our Artist of the Week!

I was always drawn to music from a very young age, initially as an obsessive music listener (thanks to the amazing children’s record “Hakeves Ha Shisha-Asar”, and my parents’ Beatles collection), and then starting at a pretty young age, going through various musical instruments until I settled on the guitar. Also, once I started playing, I discovered the joy of playing with other people – something that I think is unique and amazing about playing music as an art form; it is best when done with others.

A constant need to create work, whether as a composer or an improviser, that reflects on where I am in life at a particular moment, and the enjoyment of sharing this experience with artists who I love and enjoy working with; Following these two instincts has really been the main guiding element in my creative journey. 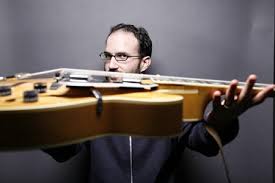 I think there need to be more small grant programs that support the creation of new projects, as well as the continuing of recently established projects. There are a few programs like this and that is great, but I think it is a great model that should be expanded. Particularly when you have got some funding and have begun a project –  it becomes very difficult to get
continued funding to keep the project alive. This second stage of developing and establishing a project, or initial touring with a band, is usually when things that can be sustained long term happen. Unfortunately, many projects die before they even reach this phase – and it wouldn’t take large sums of money to make this happen.

The first creative project I am working on at the moment is my daughter Iris, who was born last January 😉 That has been an amazing project that has brought me much joy.

Two other creative projects I have been working on are: “Suddenly a Knock at the Door” a play based on stories by Etgar Keret that I composed music for. The play was performed at Theater for the New City in the East Village from June 2-19. The music was played live onstage, and it was a really fun process putting it all together – we’d worked on it for over four years!

The other project which I am really excited about is with a band of mine called “Sha’ar”. We are working on a project of new arrangements of the work of Yedidia Admon, one of the great modern Israeli composers and songwriters. We all know many of his songs, but his name has been somewhat lost to history – look him up and you will be astonished at the amount of his songs you are familiar with. They are also really great compositions, so there’s a lot of cool material for us to work with. We are currently touring with the music and hope to record it sometime later in the year. 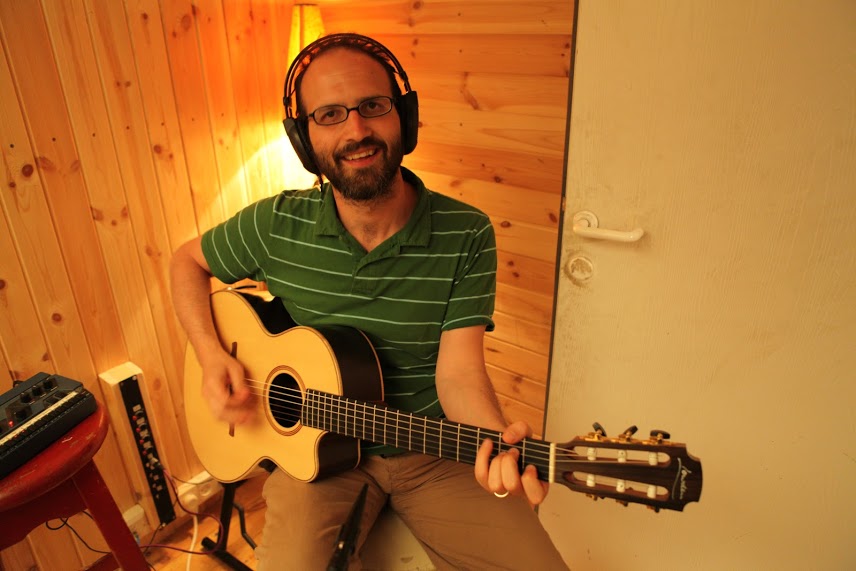 In ten years, I see myself involved with two or three consistent projects with musicians
that challenge me musically and that I love personally; recording music together and touring nationally and internationally. Also, continuing to compose for theater and starting to do some composing for film as well.

Being an Israeli artist means having a certain attitude that I bring towards creating art. It means a common language that I have with other Israeli artists that I collaborate with. It also sets the tone for the compositional style of my work.

As artists, we spend a lot of time thinking about what makes us who we are and what shapes our identity. It means bringing that aesthetic towards any of the work I do.

I think it is essential for Israeli culture to have such organizations helping to support the culture as well as spread the word about exciting projects that are going on and connect Israeli artists to other Israeli artists. These things are all important in order for the culture to continue to expand and develop. 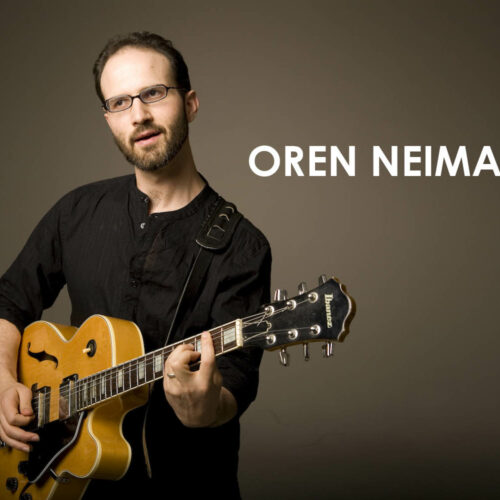