1) What or who inspired you to want to be an artist?
My first inspiration was my grandfather, who used to play the violin while being a farmer.  He could not pursue it as a career but he always loved music and engrained it to all of us, his grandchildren. However, the real reason why I started playing cello was because I was in love with a girl who played the cello in the Kibbutz where I grew up. I had it all planned out: I would sit next to her on the school bus, and she would have to talk to me. Well, the plan never worked out as I had envisioned it in my heart.  She shortly after stopped playing the cello and I got stuck with it for life! Many years later I had a recital in London and Rinat, the girl, actually attended. That evening I dedicated the encore to her. It was special to have her at the concert.  After all, she was the reason why I started playing.

2) What was your creative journey that has brought you to where you are in your career today?
A few years after I started playing the cello in the Kibbutz (Kibbutz Yizreel), a flute teacher in the local music school, who came from Jerusalem and was teaching me theory classes, took my mother aside and told her that he thought I was really talented, and that I must go to the “big city” to have a good teacher. He recommended Uri Vardi. Today Uri is a professor of cello at the University of Wisconsin. Back then he was the assistant principal cellist at the Israeli Chamber Orchestra. So I went to play for him. He was also originally from a Kibbutz and knew the atmosphere I grew up in and how far it is from practicing and playing music. He also had been a student of Starker. Therefore, it was not until I was 14 years of age, which is very, very late, that I really started playing the cello. He taught me everything from the beginning — how to sit, how to hold the bow, how to practice, etc. I was very fast and thirsty for knowledge and started advancing rapidly. Right after that I had my first audition for the AICF to help my parents financially with my lessons (my parents being ‘Kibbutznikim’ could not afford it).  The surprising result of it and the positive reaction and amazement of the jury to this teenage “kibbutznik out of the middle of nowhere” made my parents and me really believe in the path I was in. Soon after that meaningful audition I won the Clairmont Competition. By then I was very serious about cello and received continuous help from the AICF.

Winning the Aviv Competition, Israel’s most prestigious prize in classical music a few years later, boosted my international career, and soon I was playing with orchestras in Israel and abroad. After finishing my army service in the IDF String Quartet, I fulfilled my childhood dream of studying with Bernard Greenhouse. Greenhouse’s sound was always an inspiration to me and the fact that I could live next door to him and observe him so intensely, simply changed my life as a musician. Concurrent with my studies with Greenhouse, I completed my undergraduate degree at New England Conservatory, studying with Laurence Lesser.
For my graduate studies, I moved to Berlin, Germany to study with Boris Pergamenschikow. Boris was also a true inspiration to me and I cherish and carry with me so many anecdotes, knowledge and musical traditions from that great master as well. Then came the Peabody Institute. I played a recital in Baltimore in a house series that was organized by the late Linda Shapiro, who was one of the AICF donors and a true angel. She called it  “Music in My Room.” Of course, I treat every concert as if it is Carnegie Hall and actually that concert was a preparation for my Weil Recital Hall, Carnegie Hall debut. After the concert a lady came and enthusiastically congratulated me. Little did I know that she was one of the Deans at Peabody. She asked me if I liked teaching and I immediately said, “Yes, of course I like teaching. I love teaching.” She basically continued saying “I’d like to introduce you to our community. However, it is nothing official. There is no opening.” I said, “Well, if you are willing to change my ticket, I will stay over and do it.” So I came in the next morning and gave a recital with one of the teachers there. We just met on stage and played Brahms, Ligeti and some Bloch. I felt really good and I taught a few students in a master class. There was really a special atmosphere around and from the first moment I felt at home.

The job was offered to me the next day, and Julia, my wife, and I – with two suitcases and a cello – moved to Baltimore from Germany. Ten years later we have three wonderful kids, my students are winning many competitions and jobs around the world and I’m enjoying balancing my life between being a father and a husband, performing, making recordings, and teaching intensely my class at Peabody. One thing I always repeat to my students – play well and be honest to the music you are performing even in a house concert.  You never know who will be there and where it could take you… 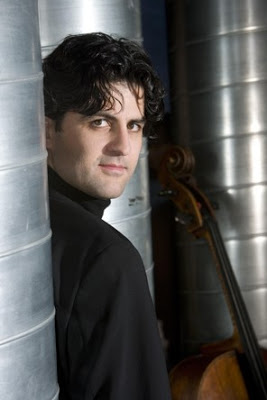 3) What do you need as an artist today?
I think as an artist today you need to be able to play everything. I always have this conversation with my students when they state somewhat innocently “I want to play in an orchestra” or “I want to be a soloist” ” or ” I want to only play string quartets”, etc. A musician should be complete and developed enough to be able to express feelings and communicate emotions in every form of music. Our vocabulary and knowledge should be wide enough to be able to get as deep as possible into the mind of the composers that we are presenting on stage. Of course we each end up in a specific path eventually, but the process of development should be as wide as possible. I’m enjoying a very fulfilling career in all aspects of music and feel privileged to have such recognition to my music making. I hope to continue growing as an artist and to keep having this wonderful opportunities to share my playing and teaching around the world. However, consciously I always remind myself to keep my feet on the ground, not to be on the road the entire time (it is not healthy) and to be as much as possible with my kids. I want to look back and have my wife and kids next to me when I’m old and not just great CDs. Moreover, having children is a kind of love one cannot explain until one has it. This is such different love and is transferred into our music making. It definitely puts everything in life into perspective…

4) What creative project are you working on now?
I recently completed 2 CD’s on the Centaur Records Label. One is entitled “The Jewish Soul” and the other one is “Cellobation”. The third CD, which will come out in a couple of months, will be my concerto debut CD with both the Elgar and Schelomo on it. The other exciting project is the tour I’m on now with the Nordwestdeutsche Philharmonie. I’m in fact writing this while sitting on a bus crossing the country. We have had such great feedback so far and have enjoyed very flattering reviews:

1. “Peled, is a larger-than-life figure on stage.”
2. Peled is the total virtuoso package”

It is fun to experience a real “like in the old days” tour as a soloist with orchestra, something that is not done so often these days. We have had ten concerts already and nine more to go. I can’t wait for the good cigar and Martini at the end of the tour!

I think I just want to still be able to enjoy and learn from the “Triangle Of My Life” family-concerts-students.

6) What does it mean to you to be an Israeli artist?
It means the world to me. It is who I am. I always try to play an Israeli piece in my programs.  I love going back and teaching in Israel (this summer at Keshet Eilon), keeping connected to students and colleagues back home. It has been wonderful to have this relationship with AICF, first as a student, and now as a teacher trying to help young students from Israel. If I could bring one student each year to Peabody with the help of the AICF, it would be very special and, in a way, closing a circle.

7) What does it mean to you to have an organization like AICF available in the art world?
If it weren’t for AICF I would be working now with the cows in the kibbutz… 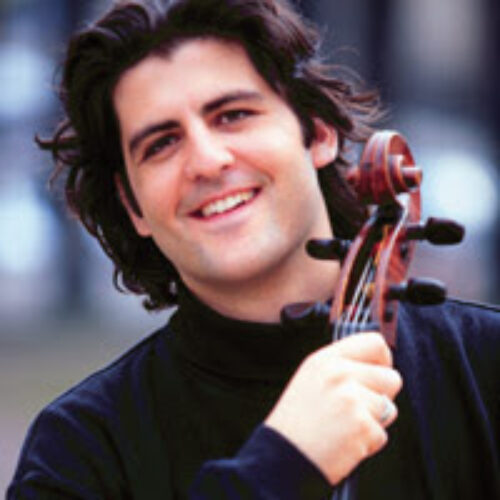