Arlene Gould Aka AG is a Brooklyn based urban Afro-pop musician and songwriter.  A multinational mix of Caribbean and Israeli Roots by origin. Her years of exposure in the Israeli music scene from where she took off as a musician-songwriter, left a footprint of success. Having appeared on Israeli television and in performances with her band around the country, she moved to New York City. Arlene’s upcoming project “Rollin’”, takes you through a journey of unstoppable and empowering music, blending urban beats, Afro-pop grooves and anything from brass to electronics – a combination which brings out Arlene’s natural qualities.

Arlene co-leads the band Milk and Honeys, which will be featured at AICF’s 76th Anniversary Gala. The group brings a unique and refreshing blend of Israeli music with a wide range of influences such as Afro-beat, Ethiopian music, R&B and funk.

1) What or who inspired you to want to be an artist?
There are many artists that i’m looking up to but what actually got me into music was at recess in my early school days, when I  picked up a guitar for the first time and since then, wherever I go, it’s always with me.

2) What was your creative journey that has brought you to where you are in your career today?
My journey started with years of exposure in the Israeli music scene as a musician-songwriter, touring with my band and various projects. After appearing on prime time Israeli television, I moved to New York City. These days I’m launching my new project “Rollin,” performing in the U.S and about to release my new album.

3) What do you need as an artist today?
Creativity. With the music industry today where label companies aren’t eager to sign artists like it used to be in the past, and with the media changing every day, I feel that it’s very important to re-invent yourself often and to figure out new ways to highlight your talent and authenticity among the crowd through great music videos, producing new content on an ongoing basis and live performance, of course. As a DIY Independent artist this means investing a fair amount of money which makes to more challenging. So I guess what you need as an artist today is creativity, but also funds!

4) What creative project are you working on now?
Rollin’ Project and EP album – A journey of unstoppable and empowering music by myself, blending Urban beats, Afro-Pop grooves and anything from brass to electronics. Milk and Honeys – a unique and refreshing blend of Israeli music with a wide range of influences such as Afro-beat, Ethiopian music, R&B and funk co-led by myself and guitarist Nadav Peled.

5) Where do you see yourself and your career in 10 years?
Keep doing what I love, spreading my music and inspiring listeners around the world to pursue their dreams and happiness.

6) What does it mean to you to be an Israeli artist?
Growing up in a place like Israel, an eclectic country with a wide variety of sounds, colors and cultures, and myself being a multinational mix of Caribbean and Israeli Roots, I feel that I can choose to be anything I want. All of that is infused into my music and what I do today.

7) What does it mean to you to have an organization like the America-Israel Cultural Foundation supporting Israeli culture in the past 76 years?
It’s a wonderful feeling to know that there is such an important and wonderful organization as AICF, supporting israeli culture. As an israeli artist it gives me the opportunity to pursue my love for Israeli music (with my project Milk and Honeys), while following my dream performing with both my international and Israeli projects around the US. 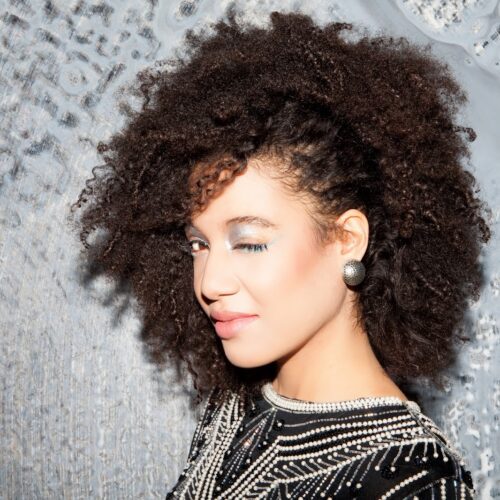