Mandolinist and lutenist, as well as a conductor, Alon Sariel is at home in the fields of both early and new music, having premiered dozens of works dedicated to him and constantly broadening his discography. He appeared at festivals such as the Salzburger Biennale for new music and the early music festival in Utrecht and has performed in halls such as the Berliner Philharmonie and La Scala in Milan.

Sariel’s spectrum of instruments, including the oud, baroque guitar, cittern, historical harp etc., allows him to easily cross borders towards different musical styles. As a soloist and chamber musician, alon toured throughout Europe, the USA and Mexico, South Africa, the Middle- and Far-East. He has given master classes at universities such as Trinity College of Music (London), Lilla Akademien (Stockholm), the Kazan State Conservatory (Russia) and the Celaya Conservatory (Mexico).

What or who inspired you to want to be an artist?
There are too many people and situations to “blame” for me becoming an artist. And then, of course, there’s also an innate attraction and natural force that draws one to the arts. To make a long story short, it just kinda happened.

What was your creative journey that has brought you to where you are in your career today?
It’s hard to talk about a single journey. If any, then it was a route with many different junctions and curves; a constant search for the track; ups and downs; there were also periods of going in circles…

What do you need as an artist today?
I’d like to say the most important for an artist is the inspiration, but, surprisingly, I recently started giving much more importance to small things, which I wasn’t used to thinking about earlier: a good sleep the night before a concert, a quiet dressing room, a good temperature on stage, etc. Sounds extremely boring, but these simple things can really make a difference for a performing artist.

Other than that, a great thing is having a supportive environment. I’m very lucky in that regard…

What creative project are you working on now?
One thing I like to do is follow special themes that become relevant for a certain reason, even if i can’t immediately see how to “translate” them into music. For example, I’m working on a program on Rembrandt, which will mark 350 years of his death in 2019. Without this anniversary coming up, I’m not sure I would have dived into music from the Dutch golden age of the 17th century. That makes research and programming even more fascinating. My last album “Telemandolin” reflects that motivation, too.

Another example is that through a recent friendship and contact with refugees from non european countries, I had an urge to get an oud and start playing and listening more to “their” kind of music. So we artists are always influenced by our surroundings, and I strongly believe that, to a certain extent, we have the power to influence those surroundings, as well. 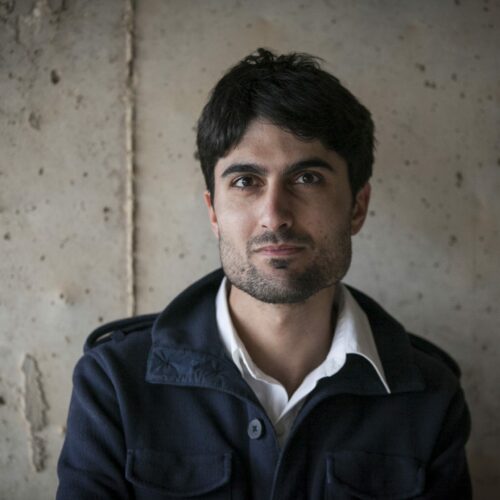