Ben Freidkin is an award-winning drummer and composer – Winner of “2020 Freddie Gruber Drum Set Scholarship” from the Percussive Art Society and of George Bann Award for Best Jazz Performer (2019). Ben holds a Master of Music degree from Aaron Copland School of Music at Queens College as well as a Bachelor of Arts degree from the Jerusalem Academy of Music. He also graduated from the “Rimon Jazz Institute”.  During his studies Ben had the opportunity to perform alongside world renowned artists such as Miguel Zenon, Aaron Goldberg and Eddie Henderson. He also represented the Jerusalem Academy of Music in the Jewish Music Week jazz festival in Toronto, Canada. In Israel, Ben has collaborated and performed with multiple artists in a variety of genres and styles, among them: the Jerusalem Symphony Orchestra, the ensemble of cellist and singer-songwriter Telalit Charsky, Vini Vicious band, Offbeat Society, the Albert Beger ensemble, Eli Magen, Rami Levin, Nitzan Ein Habar, Yaaki Levy and many others, as well as leading his own quartet. These very diverse performances took place at some of the most acclaimed venues, among them: Tzavta Theater, Levontin 7, Beit HaAmudim, The Yellow Submarine and Terminal 4.

Ben lives and performs in New York City where he has countless performances all over the city. The musicians with whom he frequently performs include Saxophonist Ben Solomon, pianist Julia Chen and jazz singer Andrew Richards. Besides performing in concerts and jam sessions Ben works as an accompanist at the Martha Graham Dance School, plays in a church service, engages in teaching at a conservatory, and devotes time to composing for his first album.

What or who inspired your interest in the arts?

My answer consists of three parts: First, musicians from the local conservatory who came to my elementary school when I was 7 years old in order to demonstrate different musical instruments. Second, my high school jazz program included attending a jazz show once a month played by Israel’s finest players. Third, my parents who exposed me to music from an early age and considered my musical education an integral part of my upbringing. They urged me to learn the piano and my father even used to help me in my daily piano practice. Later on they encouraged me to follow my passion for the drums and continued to support me along the way.

What was the creative journey that has brought you to where you are today?

My creative journey started with classical music at the age of six. My first instrument was the piano which I started studying with the renowned pianist Nadia Weintraub. My parents used to take me to classical concerts. From an early age, I was exposed to Mediterranean music and rap. I have always loved rap – I showed an interest not only in its syncopated beats and grooves but also in the profound ideas and important messages its lyrics convey. At the age of 14, I started studying the drums and subsequently began to love funk and fusion. The jazz program under the direction of Iris Portugaly which I attended at high school opened me to the world of jazz. Later on, I became interested in rock (under the influence of a close friend of mine) and played in a rock band. During my bachelor’s degree studies, I was exposed to modern classical music, avant-garde music, African music, and Latin music and became interested in all of them. 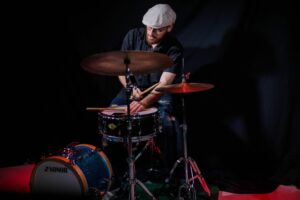 This variety of musical styles and genres which range from funk to the most advanced modern jazz characterizes my playing ever since. I am also interested in modern music theory and research and read a lot of articles and dissertations on this subject. Articles by Vijay Iyer, and Steve Coleman in particular have influenced me deeply.

How has the COVID-19 crisis affected your creative life?

The first months of the pandemic provided me with the precious time needed to be alone and to delve deeply into a few matters with which, due to my hectic day-to-day routine, I wouldn’t have had the possibility to deal. In the beginning, I was shut in my New York room for a period of 3 months. The solitude in which I found myself and the absence of external disturbances gave me the opportunity to compose a few pieces of music. I also spent time dealing with a problem that occupies me for a long time – how to teach rhythm – and wrote an outline for a book that will be devoted to this subject. Later I returned to Israel for a year, continuing my master’s studies via Zoom. In the course of that year, interspersed with lockdowns, I worked on the outline of my book, which is now almost ready for publication. In parallel, I used the time to record with other musicians a few pieces which I composed.

What are you working on now?

I am co-leading a tribute band to the genre known as “Jazz Fusion” which was my favorite when growing up. I also compose original creative music in preparation for my first album recording. I’m always practicing and exploring the drum set, looking to deepen my relationship with the instrument. I’m also studying piano again to better express my ideas when composing.

As a drummer, I need a suitable studio in which I’ll be able to practice and rehearse since the drum set is an instrument which it’s almost impossible to practice freely in one’s living quarters. In addition, I’d like of course to have opportunities to play for audiences and make a living playing my music. 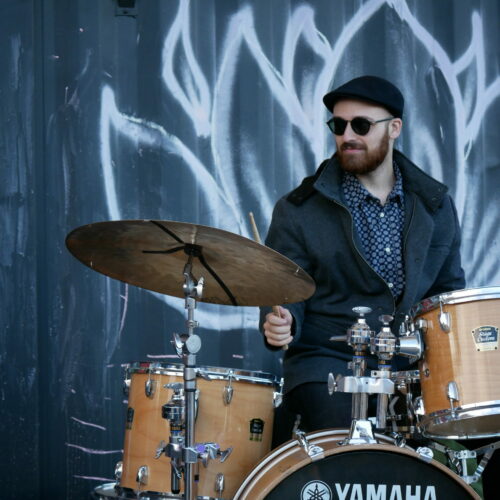