Eliya Rodeh is a NYC based Israeli actress and singer. Born with a passion for music and theatre, Eliya has been singing on and off the Israeli and international stage since the age of 8. Early on, she developed her extraordinary vocal performance talent by attending the Israeli Arts and Science Academy and later at the Jerusalem Academy of Music and Dance. Her love for theatre brought her to New York City to pursue continued development, completing the Stella Adler Conservatory Program and currently flourishing at HB International Students Program. Her passion, talent and professional skills led her to become a founding member of Dirty Laundry Theatre, a theatre production company that seeks to share cross cultures human stories. Dirty Laundry Theatre premiered its first play “Borders” at the NY Theatre Festival in June 2019 and was nominated for Best Play. 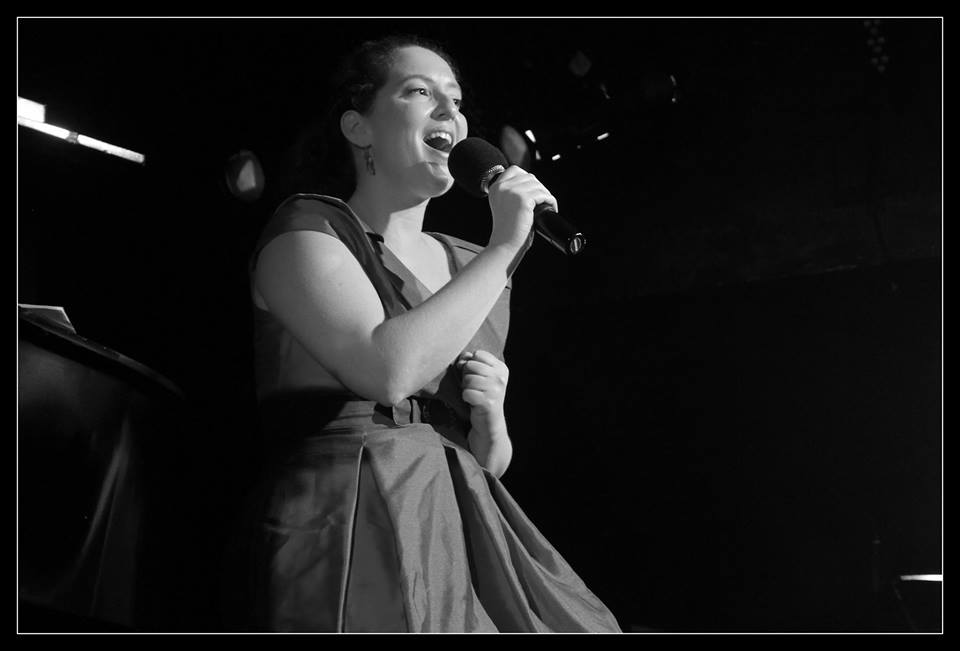 What or who inspired you to want to be an artist?
My first theatre experience was at the age of 4. It was an Israeli musical version of Peter Pan. The whole production was beautiful and included many amazing actors, but one of them stood out to me – Sasson Gabay. He was playing Captain Hook and was so enchanting that instead of being intimidated, I actually fell in love with the character. (And until this day Captain Hook is my favorite character in Peter Pan.) Growing up I was so very lucky to be able to watch actors like Gabay on stage. Their incredible level of artistry drew me into the stories they were telling, they showed me the magic of theatre and how everything was made possible on stage. From a very young age, it sparked my imagination and made me fall in love with theatre and acting, and still inspires me today.

What was your creative journey that has brought you to where you are in your career today?
I was a very shy and introverted kid. So music and theatre were my way to express myself and be anything I didn’t dare to be in the real world. With the support of my mother, I was lucky to take the path of artistic studies from elementary school through college, while performing for local and international communities. In my early 20’s I studied classical vocal performance at the Jerusalem Academy of Music and Dance. During my studies, I was cast in the first production of ‘Into the Woods’ in Israel. It was the first time I worked on a musical, and it opened up a whole new world for me. I found freedom like never before and felt that I just belonged there. Because Israel doesn’t have a lot to offer in this field, I started looking for musical theatre and acting programs abroad. I moved to New York City, completed the Stella Adler Conservatory Program and currently flourishing at the HB International Students Program. 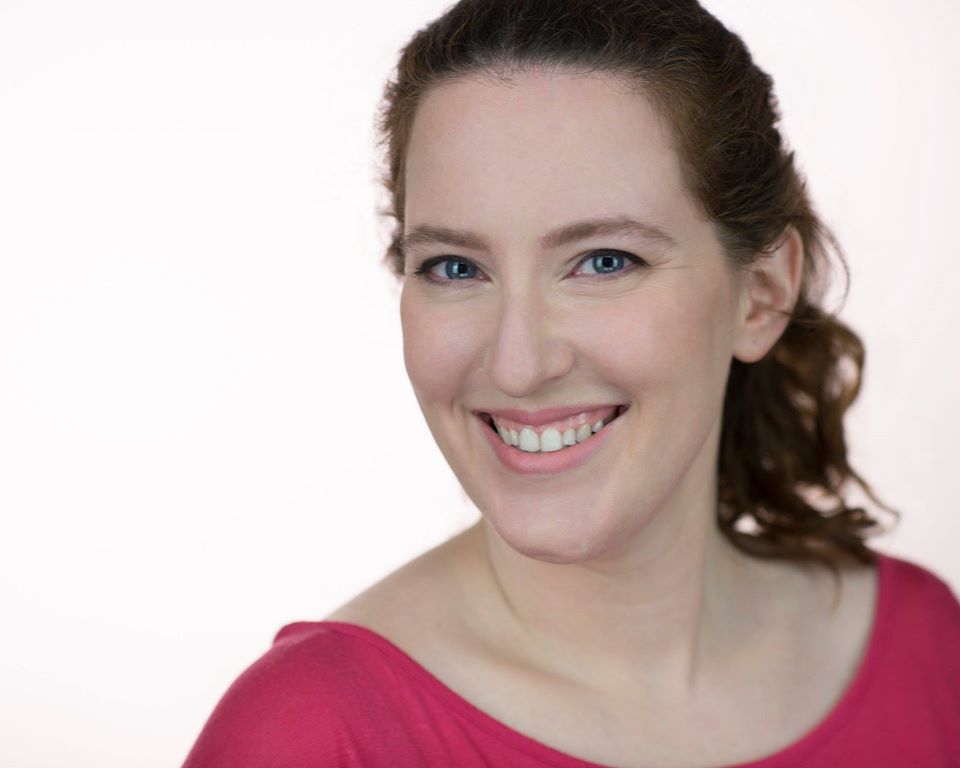 I’ve experienced so much growth, both as an actor and as a human being through my studies. Being an actor requires a lot of hard work, training, imagination, patience, sympathy, understanding of human behavior and emotions, and so much courage. But theatre for me is more than just a personal journey. I believe in the power of theatre to bridge the gap between different people, to break down walls and bring people together. I believe it can shed light on untold stories, give voice to those who are not being heard and bring some light and humanity to dark situations. Before moving to the US, I had the privilege of being a part of a project that brought to life cabaret songs that were written in the Theresienstadt ghetto during the holocaust. The cultural life in the ghetto helped those who were imprisoned there to retain their identities and promoted their survival in an extremely dark time. Sharing that with different audiences was a humbling and meaningful experience for everyone involved. It taught me how powerful and impactful theatre can be when it is honest, truthful and kicking. This is the kind of theatre I aspire to create. I want my art to touch people, give them a new perspective and open their hearts.

What do you need as an artist today?
* Community – to be a part of a supportive community is very important for me. It is not easy to be an artist in a big city, especially not as a transplant without my ‘natural’ support system. So finding a supportive environment that encourages creativity and provides support is fundamental for my work as an artist.
* Exposure – we need our art to be seen. I want to get to new audiences and be able to reach as many people as I can.
* Resources – space to rehearse and perform, help to engage the best professionals out there, so we can put together quality shows while still being able to pay our bills.

What creative project are you working on now?
My passion for creating art and my strong belief in art as a form of communication and storytelling led me to join forces with a few other passionate actors and form a theatre production company, ‘Dirty Laundry Theatre’; together we seek to tell cross-cultural human stories and help our audience relate to other ethnical groups they’re not necessarily familiar with or fond of. We’ve just received our first ‘validation event’ when our first play “Borders”, which we premiered at the NY Theatre Festival this past summer, was nominated for Best Play of the year!!! I’m super excited about what’s coming up next! We’re now planning our first official season and just launched our fundraising campaign! As part of our first season, we’re developing an immersive piece, which combines a theatrical experience with a high-end dinner. The audience is invited to join a traditional family Shabbat dinner where they become a part of the family dynamic, when it goes right and when it goes wrong. 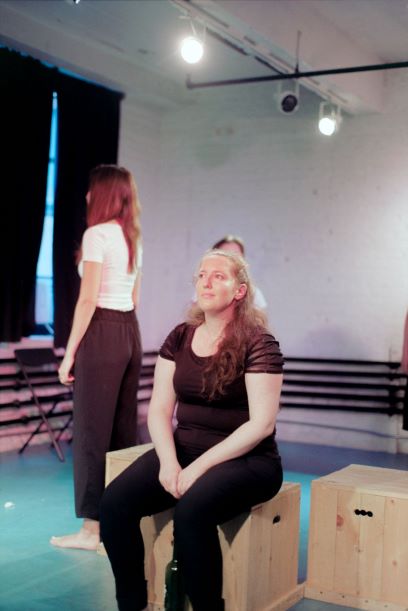 Other than that I’m working on a solo cabaret show that is inspired by my unique family story. It’s still in the very early stages of development so it’s a bit too early to discuss, but I’m very excited about that!
What does it mean to you to have an organization like the AICF supporting artists and culture?
I have to admit that it’s only recently that I got more familiar with AICF’s incredible contribution to the Israeli culture. I’m still in awe of the level of support Israeli artists have received throughout the years. I think I can honestly say that much of the Israeli culture we know today, across so many fields of Art, Dance, Music, Film, Theatre and many more that inspire me on a daily basis, would’ve never existed if not for the fundamental support of AICF and I’m forever grateful for that. Moreover, AICF focus on supporting the arts, regardless of political state or inclination, truly reinforces the message I want to deliver through my work: we’re all humans, dealing with this crazy roller-coaster we call life. At the end of the day, any form of art is about sharing the journey of life, our painful and happy moments, bringing comfort and joy to others and mainly saying that they are not alone. To me, this is why AICF purpose is so important and meaningful. 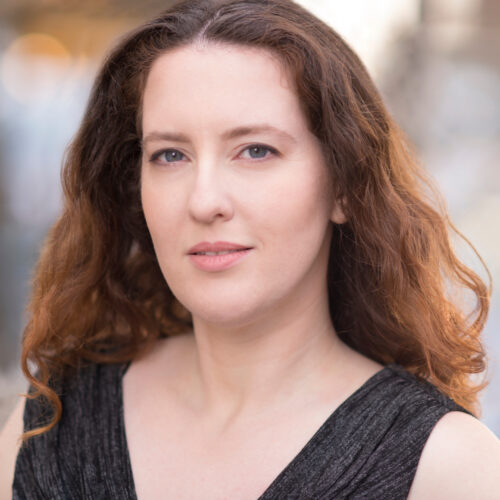