Hadar Saifan (b.1985) grew up in Kibbutz Dafna, near the Lebanese border. She completed her B.Ed. in Art and Education at the Oranim Academic College with highest honors. During her studies she earned scholarships for excellence in academic achievements in her first and third year. At the final exhibition of her art studies (2014) she received the first award for Final Project, as well as two curator awards. In addition, she received the AICF high grant for visual art in 2014.

Hadar took part in local and international exhibitions. Her works were acquired for The Israel Museum collection (2016) and for private collections such as the Ann & Ari Rosenblatt collection and UBS.

I grew up in the Northern periphery of Israel, far away from prominent cultural institutions. Culture in the Kibbutz was linked to agricultural life, with an affinity to a secular perspective of Judaism. We celebrated the traditional holidays and their relation to the seasonal life cycle. Our education was accented by contents relating to settlement and Zionism, to the extent that Memorial Day (for the Fallen Soldiers of Israel) was considered more sacred than the Day of Atonement (Yom Kippur). Due to the ideological nature of the Kibbutz, its culture was quite static and mythic. It hardly changed and evolved over time. We accepted our perception as a complete truth. As I grew older I recognized internal contradictions in our way of life and searched for a way to express them in an ambivalent way that recognizes the reality. The literal and visual image became a dominant channel through which I expressed my thoughts and criticism, as well as my love and appreciation.

Alongside the cultural aspect, the Kibbutz environment had a productive essence to it, and as children we understood that manual labor was more meaningful than other kinds. Our immediate surroundings were full of handcrafts, and creative workshops were organized for the artists of our community. Craft was valued in our rural spiritual life.

Another major influence was my mother’s family, that immigrated to Israel from the ancient Jewish community of Iraq. My grandmother’s backyard housed meetings with music and songs, meetings which were a celebration of culture and family. My grandmother was handy in crafts which were considered feminine, such as knitting, sewing, and embroidering. Even though she performed all of the traditional roles for women at the time, she was also secular and a feminist in perception and in practice. The sweaters she knit for us were her canvas, and she used color fields, textures, and text to express herself and her love for us through the stitches and yarn.

I guess that combining the two directed me towards choosing art, as well as my own personal need to express myself with visual tools, and to use them to perceive and contemplate on my surroundings. The visual field enables a sensory reading alongside an intellectual interpretation, which are two elements which are important for me to carry.

Choosing photography and video art as media allowed me to bring the Northern periphery, my home, to the center. I returned to the environment in which I grew up and wanted to relate to collective, meaningful experiences, such as war and bombings. I’ve started to wander at night to bomb shelters where I spent many hours with my friends and family in emergencies, pondering over their architectural and human aspects.

My work with the raw material was personal and distant at the same time. I was trying to unravel and understand civilian life near the border, as well as the human distress, and the collective strength that consisted the survival mode we were in. My familiarity with the underground spaces and with emergencies in general assisted me in thinking of the contents from different perspectives, and creating a variety of works focusing around the same subject matter.

The art world suffers from a severe budget deficiency, and at its base you can find the artists themselves. As an artist I do not get paid for the time in which I develop a project, bring it to life, and display it. Artists make a living from various jobs on weekdays and put in the little time they have left in making art.

I guess that the two most critical things for me and for other artists nowadays are time and pay. We cannot rely on awards and scholarships to cover our day to day expenses. Financial support in the project of an artist that was already offered an exhibition in a public cultural institute will allow the artist to invest their time and thought in a meaningful development of content. Personally, these are the two elements that will allow me to realize the projects that are currently scattered as ideas on memo notes.

I’m working on a solo exhibition for the Herzliya Museum of Contemporary Art, and also developing a new photography series in the Golan Heights, near the border with Syria.

The financial support is meaningful and unparalleled due to the mode of survival most artists in Israel nowadays are facing. In addition, the gatherings that the foundation holds are very relevant for us: we meet experts, consult with them, and continue to learn and develop our works. 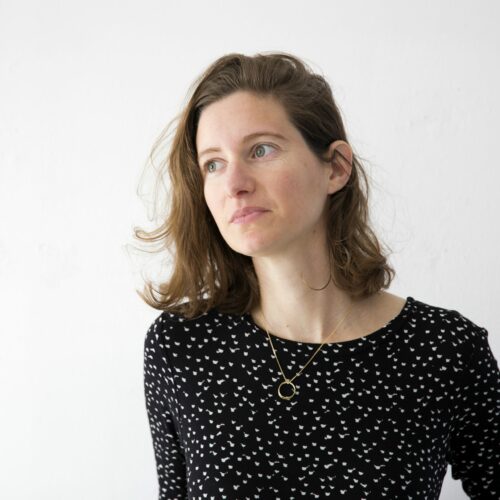