Itay Goldberg is an accomplished jazz saxophonist, composer and educator residing in Brooklyn, NYC. Itay has collaborated and performed with masters such as Ari Hoenig, Joel Frham, Ofer Ganor, Avri Borochov and Greg Dallas. With a clear tone and ability to record quickly and effectively, Itay is the saxophonist of choice of numerous recording producers.

My biggest inspiration to become an artist is my paternal grandmother, Elizabeth. She exposed me to classical music at a very early age and took me to classical concerts every month for 10 years. She also bought my first instruments and taught me the importance of self discipline as a musician.

My creative journey didn’t start in jazz. I played drums in a metal band at the age of 15. The band became quite successful in Israel at the time, and we played concerts for thousands of people. In high school, I received a special scholarship from the mayor of Rishon LeZion and my school, to study the saxophone. I fell in love with the instrument and found my voice in it. Later on, I met bassist and producer Neta Gofen when I served in the military (IDF). He adopted me musically and I recorded and arranged music for three projects with him, making a total of five albums. After I was dischraged, I decided to focus on jazz, a path that quickly led me to NYC and earning my Bachelor’s degree in Jazz Performance at The New School.

I’ve collected a lot of original materials that I would like to record and release online. I believe this can help me reach people around the globe and be exposed to opportunities in countries I have never played in before.

What creative projects are you working on now?

Other than the never-ending work on the technical aspects of the saxophone, as well as mastering improvisation, I am currently working on my own pieces for jazz quartets and quintets, for Greg Dallas’ quartet and for Dor Asaf & Orian Rozenzweig’s septet. I recorded a live album at Omer Avital’s studio back in July, which I hope to release by April 2020.

What does it mean to you to have an organization like AICF supporting artists and culture?

Having a unique organization like AICF supporting artists and culture is special. It connects artists to art lovers and consumers, and to funding. AICF’s Sharett Excellence grants enable artists to complete their education in their artistic field and advance in their creative process. The Israeli Artist Network on AICF’s site also helps me publish my events online and share them with the community. 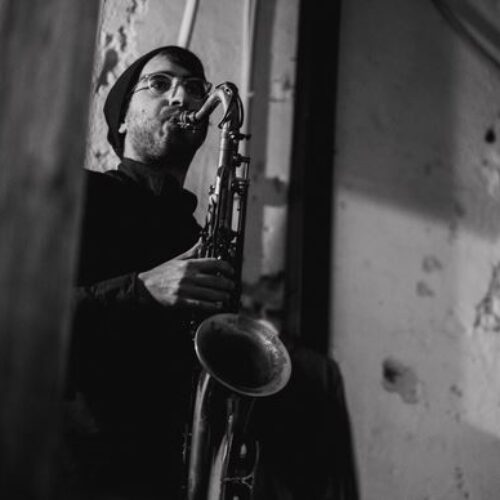