Loretta Kay Feld (M.M. ASCAP) was born in London, United Kingdom. As a young child, she studied voice, and later, she continued to train in music composition and drama at The Royal College and Guildhall School of Music. She performed in The Black and White Minstrel Show at London’s Victoria Palace, and directed community theatre productions. Loretta toured with The Student Prince, Showboat and other plays and musicals in The West End of London. She has published several books, composed hundreds of songs for children, country songs, folk songs, and classical pieces. She has set original choral pieces for choirs and is now producing a full scale musical with members of the Israeli Opera, for which she has written the book, the music, and the lyrics. Loretta is also the founder of The Chimes Organization which creates harmony in a multiethnic society.

Here is a clip about it: 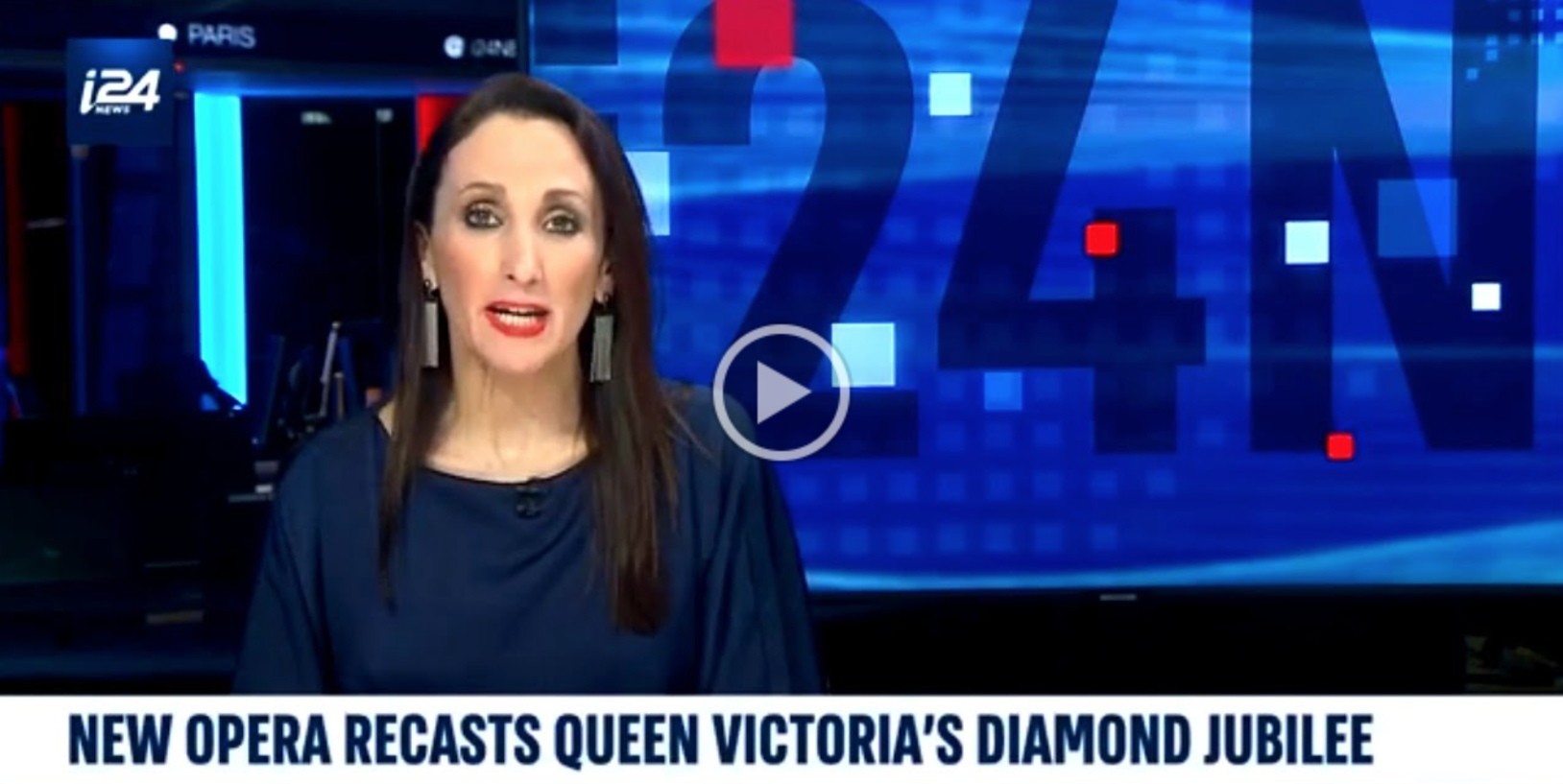 What inspired you to become an artist?
As a child, growing up in the city of London, I was horrified by the jarring noises of endless traffic and found refuge in playing the recorder and the violin, and reading books. In Scotland, on a holiday, I was mesmerized by a recording I listened to in a store of Mozart’s 40th Symphony in G minor. I stayed to listen to it over and over until the store closed. I bought the record and the score and studied every movement and every modulation until I could sing every note of the score by heart. At school, I was given the task of learning several Shakespeare sonnets by heart and returned a week later having set the sonnets to music, singing them to the class. At thirteen, I was given the task of writing, producing and directing a song, dance and dramatic recital for the graduating class. I was also asked to conduct the school orchestra and compose four-part harmonies for the school choir performances.

Russian ballet lessons also stole my heart and tortured my feet but I stayed with it for several years, mostly because of the music of Tchaikovsky which I listened to endlessly. At ten years old, I was taken to hear La Traviata for my birthday and was devastated to leave Covent Garden Theater that night. Verdi’s music haunted me for months. I decided to take myself to the Royal Festival Hall at least four times a week, traveling as a young girl across London by bus and not having the money to purchase tickets for the concerts. I would wait until half time intermission and then sneak in to find an empty seat in order to listen to the second half. After a few weeks, an usher put his hand on my shoulder and I trembled at the thought of being caught. To my amazement, he said he had noticed me on many occasions sneaking in after the intermission and told me I should come at the beginning and he would always find me a seat. We stayed friends for many years and I knew then and there that my life would be devoted to music.

My love of plays, stories, theater and poetry also ignited a passion in me and I decided to become involved with theatrical productions, which I did upon leaving school. I also directed community theater productions and performed in various productions. I had the honor of performing for the Royal Family at the Variety Club for Great Britain.

Unfortunately, my mother was deaf and I would often sit on the edge of her bed singing to her and she always supported me and asked me to describe the songs I was singing or playing on my guitar. Her unbridled enthusiasm for my love of music has never left me and continues to be with me to this day.

Having studied music, dramatic arts, and literature with the finest teachers, I knew that my life would be in the arts somehow, somewhere, someday. 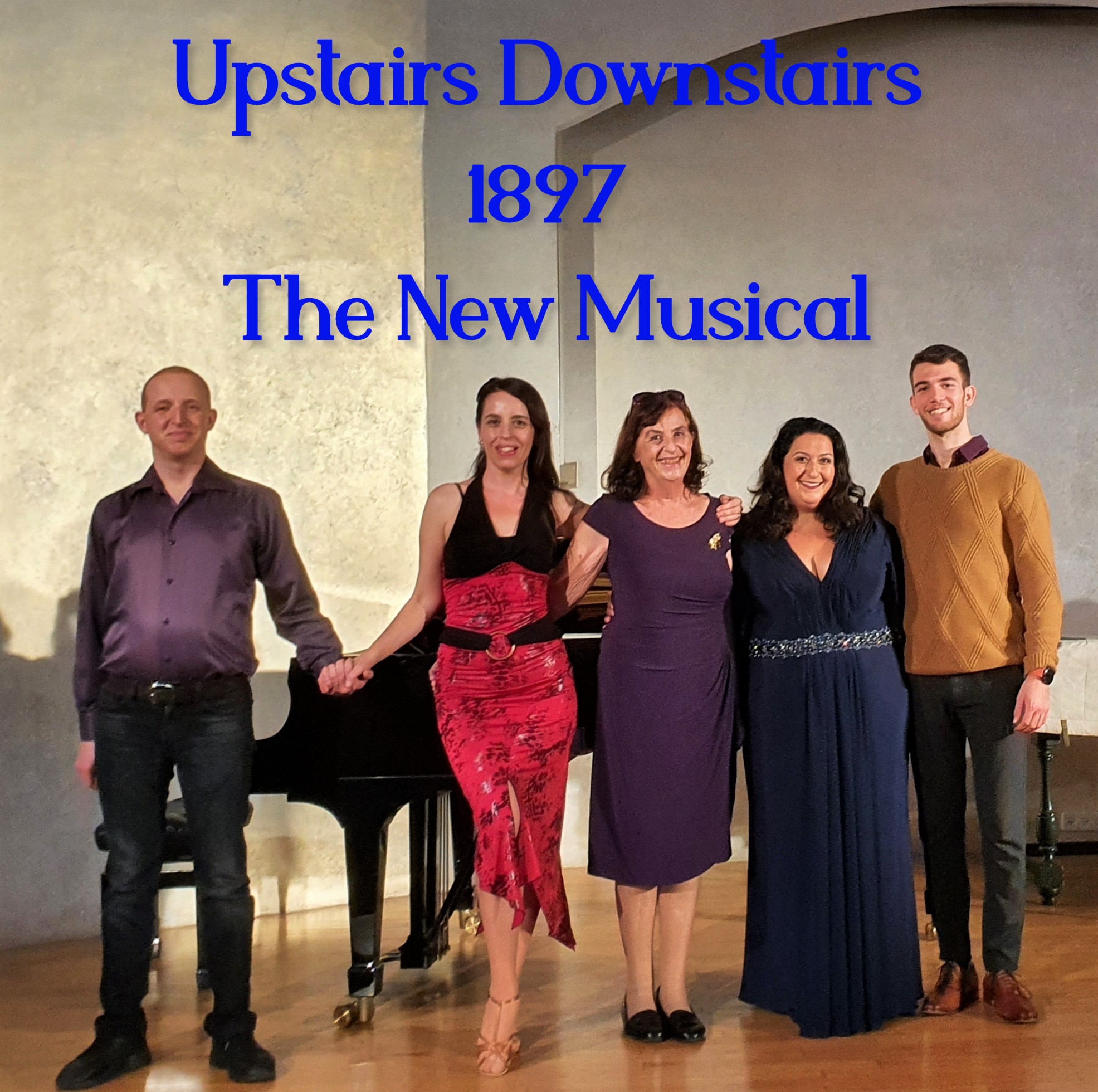 My American husband encouraged me to write my own songs, compositions and stories and to leave the “Great Composers” to concert pianists and conductors. He showered me with the vocal scores of Gershwin, Cole Porter, and Jerome Kern. It was his encouragement that started the flow of musical compositions that came out of me. The lyrics followed swiftly and before I knew it, I was singing, composing and writing, not only for my four children, but giving concerts in New York and London. My time had arrived and I was ecstatic.

What was the creative journey that has brought you to where you are today?
From the latin word “creare” – to create – I have been continually inspired to listen, to look around me and to imagine innate objects and emotions come to life and to transform them all into songs, poems and stories. Watching my four children develop, allowed me to write songs for them as I watched them grow and tuned into their individual personalities.

Inventing stories for them and allowing them to be curious and creative, inspired me more and more until songs poured forth like a bubbling stream. I performed my children’s songs throughout New York and was asked to write original songs for children’s television networks which I was happy to do for many years. I continued to set music to famous poems and wrote music to the poems of Emily Dickinson which were performed off Broadway, music for the ballet Jack the Ripper, many country and folk songs, ballads and choral arrangements for several choirs.

I continued to study music composition with a very talented teacher/arranger whilst living in New York, and I decided to commence work on a musical which has a quasi operatic score and a scintillating script. I wrote the book, the lyrics and the music of UPSTAIRS/DOWNSTAIRS 1897. It was then workshopped, and I produced a concert performance in Israel a year ago to a full house and much acclaim. I am now working with the musical director and singers and musicians from the Israeli Opera House, and I hope to perform the full two-hour production throughout Israel, and to film the production for global streaming.

I composed the songs A Hymn for Israel, The Sabbath Song, and Earth of Ours, and I am honored for having my song Gonna Keep America Singing played at the inauguration of two presidents and to received a beautiful personal letter from President Obama praising me for my creativity. The song is now in the library of the Marine Band, and it was recently broadcast at the inauguration of President Biden.

Whilst continually working on my musical, I have authored an epic adventure book for children KANGAMOLE THE LEGEND which depicts the mystery and magic of the Aboriginal Dreamtime Culture. This book is being read and loved by children of all ages across the world and it is in discussions at the moment to be developed as an animated film. I have also authored the Brava Bella series of books aimed at helping children to solve problems creatively and they all have anti-bullying messages.

I continue to educate and spread the joy of music and creativity to my grandchildren, and I am delighted to say they all have their own creative gifts in music, dance, and art.

What is on your mind these days, and how has COVID-19 affected your relationship to your work?
This pandemic is very much on my mind as it creates suffering throughout the world. Like millions of people, I have suffered my share of anxiety, frustration, sadness, and confusion about the future. My solace has been turning to the great composers and studying their scores. Their lives have given me great courage and I have composed many humorous songs and poems to offset these sad times. I have written lullabies for newborn babies and many more children’s songs which I am passionate about.

I still continue to compose a variety of music which includes A SYMPHONY OF SYNCHRONICITY which I composed for Uri Geller – on permanent display at his museum in Jaffa, Israel. I am also composing a very special piece of music for my daughter Dorothy Eisdorfer. She will create a choreography for it, to be filmed in the desert. Throughout this period of COVID, she has been a great source of encouragement and inspiration to me, and she never allows a day to pass without forcing me to fulfill my creative gifts.

What do you need as an artist today?
As an artist today, I am seeking sponsorship to fulfill several goals. The first is to direct and produce UPSTAIRS/DOWNSTAIRS 1897 as a feature film, using the huge pool of Israeli talent. The second goal is to build a center here in Israel for underprivileged children, to study the creative arts and learn music, dance, drama, and art, and to fulfill their dreams through fascinating journeys as I have done. 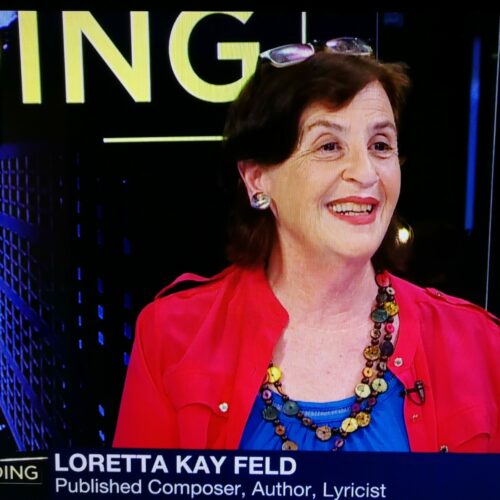