Nerya Zidon is a professional saxophonist, composer, music producer and audio engineer based in Boston, Massachusetts. Since 2005, Zidon has been very active in the Israeli and global music scenes. He worked and performed with music giants such as Billy Cobham, John Patitucci, Zakir Hussain, Kurt Rosenwinkel and Tigran Hamasyan, as well as internationally acclaimed Israeli artists Mordy Ferber, Eli Degibri, Tammy Scheffer, Anat Fort, and his own groups. He performed at some of the most prestigious venues around the world: Lincoln Center for the Performing Arts, TD Toronto Jazz Festival, Red Sea Jazz Festival, Jerusalem Theater, Tel Aviv Museum of Art, and countless others.

Originally from Jerusalem, Israel, Zidon moved to the US in 2015 after receiving a full scholarship to attend the esteemed Berklee College of Music. He completed his undergraduate degree with highest honors in 2018, studying Music Production & Engineering. Upon graduation, Zidon has received yet another full scholarship, to attend one of the world’s most prestigious jazz graduate programs – the Berklee Global Jazz Institute. The program is directed by multiple GRAMMY award winning pianist and longtime member of the Wayne Shorter Quartet – Danilo Perez, and has a stellar faculty of iconic jazz musicians.

Zidon is currently active in the Boston music scene, both as a jazz saxophonist and composer, as well as a pop/hip-hop producer, recording and mixing engineer.

Music was around the house all the time during my childhood. Despite the fact my parents are not musicians, I was very lucky to have been exposed to classical music and film scores, as well as Israeli music classics early on. I began my formal music education at the age of 5, and was introduced to the saxophone at the age of 12, after spending time with the piano and violin. I loved playing music, but at that point I never considered myself an artist nor I thought about music as a career choice at that point. It was about 3 years later, that I made the switch to playing jazz, and just knew this is what I am meant to do for the rest of my life. As cliché as it may sound, I think music and being an artist chose me, not the other way around.

I had amazing musical education which I am very grateful for. It was very “classically heavy” in comparison to many of my fellow jazz musician friends. During this time, I accumulated deep knowledge of music theory and history which came to be very handy in my toolbox as a composer and improviser. When introducing jazz into the mix, as well as many other styles of music from around the world, I became a “musical sponge”. I developed this urge to consume large amounts of very diverse music, from classical and jazz, to music from Asia, Africa and Latin America, and even progressive metal and hip hop. I believe this made a huge impact on the musical projects I choose to get involved in today, as well as making it easier for me to connect and collaborate with people from different regions of the world.

Usually, as one starts their musical journey in an early age, the many challenges of everyday life are not a concern to them. It is both a blessing and a curse, because knowing these non-music related difficulties exist and lie ahead in their paths, may be so intimidating, it would prevent people from devoting their lives to the art. But as we grow older and wiser, we find these difficulties to be inevitable, and learn to deal with them. I am obviously very grateful for organizations like the AICF, who support artists and allow them to keep growing in times of financial hardships, but I strongly believe the artist community itself has a major responsibility as well. I believe that the stronger and the more unified the artist community becomes, providing help in the form of mentorship and guidance, the better future we will be able to create for ourselves.

These days I am involved in various projects and facets of music making. I continue to work on my craft as a jazz saxophonist, composer and band leader, performing with my own projects and releasing music. I am also working on a special project, combining the rich musical culture of west Africa, with elements of African American music. This project involves a lot of research of the different musical traditions in the region, as well as planning in terms of finding the right people to record for the project. In addition, I have delved into the world of hip-hop production, and I have been mixing jazz, pop and rock music for clients around the world. I try to let my curiosity guide me when choosing projects to immerse myself in, thus not being confined to one genre or aspect of music making.

As times are changing, and becoming more challenging for artists, having the help and support of organizations like the AICF is not being taken for granted. I believe that aside from the financial support, the fact such organizations encourage and showcase artists is valuable to many of us, and we are all thankful for that. 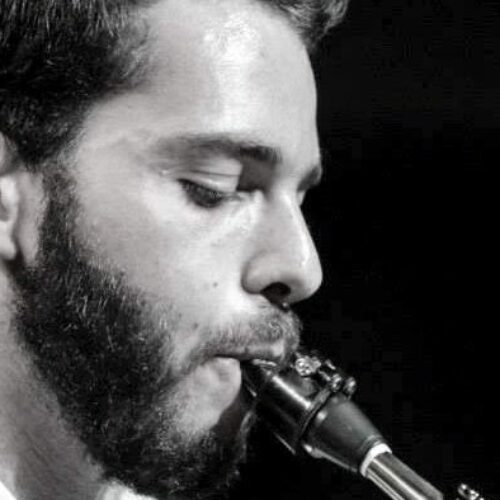