A consummate musician recognized for her grace, subtlety and vitality, the pianist Orli Shaham is in demand for her prodigious skills and admired for her interpretations of both standard and modern repertoire. Ms. Shaham’s recordings include her solo CD Brahms Inspired; American Grace featuring the world premiere recording of Steven Mackey’s Stumble to Grace with the LA Philharmonic; and Mozart Concertos K. 453 and K. 491 with the St. Louis Symphony (release date May 2018). In addition to performing concerti and recitals around the world and recording projects, Ms. Shaham serves as the Artistic Director for Pacific Symphony’s chamber music series in Costa Mesa, California, a position she has held since 2007, and for the interactive children’s concert series, Baby Got Bach, which she founded in 2010.

What or who inspired you to want to be an artist?
It was the presence of music in my childhood home. I’m the youngest of three and I used to listen to my two older brothers practicing. At some point my pianist brother Shai was practicing the Mozart D minor concerto. Hearing him play that, I remember quite consciously thinking, “Okay, I have to play that”.

What was your creative journey that has brought you to where you are in your
career today?

I think the truest thing I can say about any performing musician’s career is that there is no set path. Everybody travels a completely different road; some of it is under your control and a lot of it is not. I was very lucky in my teens and early 20s to have more and more interesting performances every year, so the level of what I was able to do grew gradually. It enabled me to reach a point in my life where I have confident artistic ideas that I would love to convey, and some idea of how to convey them.

What do you need as an artist today?
It’s not all that different from what you needed as an artist in Mozart’s day. You need the courage of your convictions. Persistence that allows you to weather times that are less than supportive than others. And the flexibility to imagine your artistic vision under many different circumstances.

What creative project are you working on now?
I’m working on a few projects this season, and I have a couple more brewing for future seasons. One of the interesting things about being a performing artist is that the creative project you’re working on at the moment is usually the one you planned out a year or two ago. This season I’m performing and recording Mozart concerti with the St. Louis Symphony Orchestra. Although these are pieces that I’ve lived with my whole life, I’m ready to say some more things with them and about them and so I’m actually doing a bigger project that will involve these Mozart piano concerti. 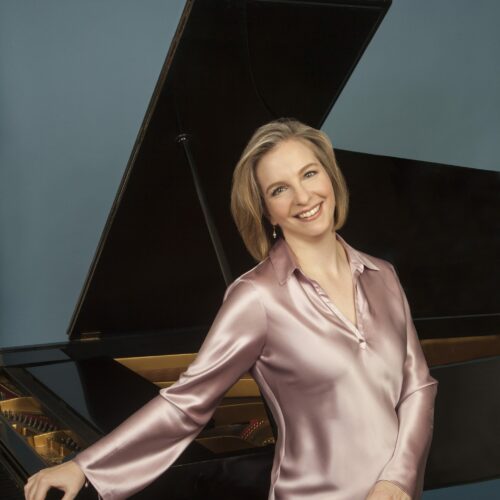