Based in Tel Aviv, Israel, Vera Vaidman is a graduate of the Moscow Tchaikovsky
Conservatory, and is among the last pupils of David Oistrakh.

Upon moving to Israel, Ms. Vaidman attended Isaac Stern’s master classes at The Jerusalem Music Center, and on his recommendation took part in the Marlboro chamber-music festival, performing and recording there with Rudolf Serkin, Andras Schiff, Philipp Naegele, Madeline Foley, Colin Carr, and others.

Ms. Vaidman appeared as a soloist with The Israel Philharmonic Orchestra under the baton of Zubin Mehta, The Jerusalem Symphony with Lukas Foss (on the orchestra’s US tour), Gerard Schwarz, Mendi Rodan, and other conductors, The Israel Chamber Orchestra under the baton of Rudolf Barshai, and many other orchestras in Israel, as well as in Europe, South America, and South Africa.

In collaboration with her husband, pianist Emanuel Krasovsky, Ms. Vaidman performed the complete Beethoven sonatas, as well as those by Mozart and Brahms, and the collected works for violin and piano by Schubert in Israel, USA and Europe. She has served as music director and leader of Ramat Hasharon Camerata all-women string orchestra. She performed and recorded (Romeo Records #7314) the arrangement by Noam Sivan for solo violin of the Liszt B-minor piano sonata.

Having taken up the viola eleven years ago, Ms. Vaidman has performed a substantial repertoire for the instrument. Her cycles of complete Bach works for unaccompanied bow instruments – sonatas and partitas for violin and cello suites, on viola – were received enthusiastically both in Israel and Europe. 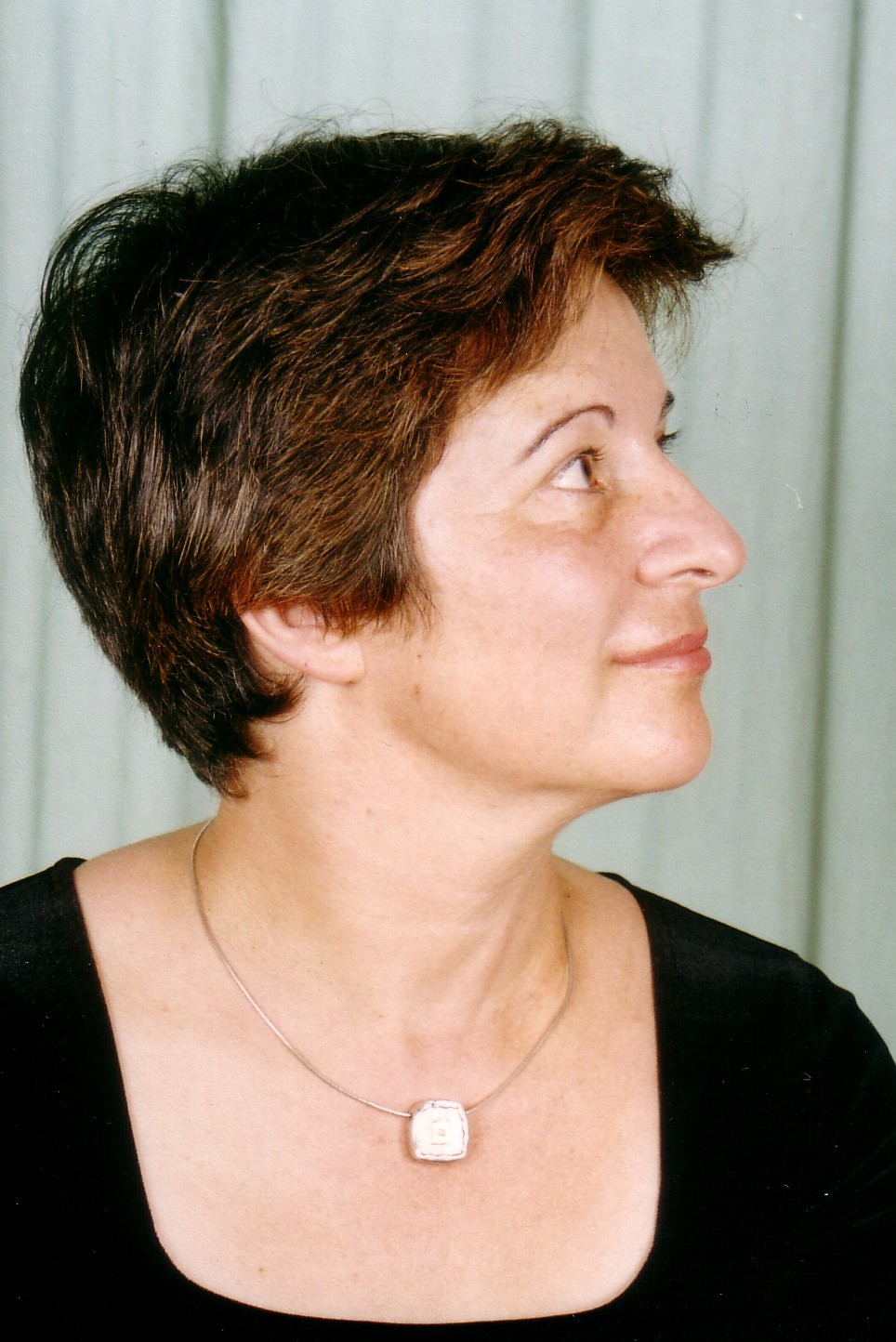 The initial push definitely came from my father. He was an engineer, but loved music very
much. At that time many parents in the Soviet Union, especially in Jewish families, wished their kids would become musicians (the examples of such great artists as David Oistrakh, Leonid Kogan, Emil Gilels are proof of it). One day, my mom was standing in line at a food shop – we lived in Leningrad (now St. Petersburg) – and talking to someone in that line, and she learned that a neighborhood music school is looking for suitable pupils. So at age 6 I was brought there, was tested, and was found suitable.

What was your creative journey?

At 13 I transferred to the Special Music School in Moscow, aligned with the Tchaikovsky
Conservatory, the leading music school in the entire Soviet Union. It was not easy – my family remained in Leningrad; I had to live in the dorms; and for holidays I’d travel all alone in the overnight train.

My teacher at the Special School was Professor Boris Belenky, a great pedagogue and a wonderful, unassuming person. After graduating from the School, I continued in his class at the Tchaikovsky Conservatory. Then, for graduate studies, I was accepted to the class of Professor David Oistrakh. It so happened, sadly, that I was among his last students.

In many ways, this was an inspiring time at the Conservatory. Such great artists, such as
Rostropovich, Neuhaus, Fliere, Zak, Kogan and, of course, Oistrakh taught there; and we had opportunities to watch them teach. The concert platforms hosted Richter, Gilels, Mravinsky, Barshai, and many other greats from abroad: Karajan with The Berlin Philharmonic, Isaac Stern, Arturo Benedetti Michelangeli, Yehudi Menuhin, Glenn Gould, Arthur Rubinstein, you name it.

Even so, some of my friends and I shared the feeling that, as Jews, we really belonged in the Jewish state, which at the time was being cruelly maligned in the official Soviet media. When the possibility of immigration to Israel became real, I urged my family to avail ourselves of the opportunity. As it turned out, this was not a moment too late: the authorities shut that window pretty soon, but by that time we had already left. 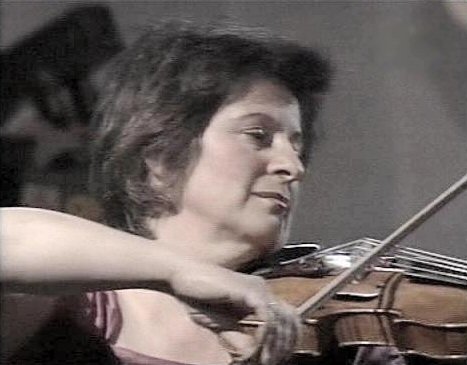 Upon arriving in Israel, I took part in master classes led by Isaac Stern at the Jerusalem Music Center (established by him at the time). On his recommendation, I went to the Marlboro chamber music festival, which was a tremendous eye-opener in terms of artistic ideas, attitude towards making music, and the great variety of approaches. One of the unforgettable experiences was performing and recording the “Beethoven Kakadu Variations trio” with Rudolf Serkin and Colin Carr. I played with Andras Schiff, with Philipp Naegele, with Madeline Foley, listened to great, unforgettable interpretations – all in the unique atmosphere of Vermont.

What an artistic boost! (Especially after Moscow, where the chamber-music scene had been
quite dull and treated as none too important.)

Then came invitations to play with the Israel Philharmonic (first under the baton of André
Kostelanetz, then under Zubin Mehta), then many other orchestras in Israel, including the
Jerusalem Symphony on its US tour under Lukas Foss, and orchestras in Europe and South
America.

In addition to traditional recitals, with my pianist husband Emanuel Krasovsky, I began exploring and then presenting the complete offerings of 10 Beethoven violin sonatas, as well as complete sonatas and variations by Mozart, complete violin works by Schubert, Brahms, Prokofiev, and some less known works: sonatas by Korngold, Delius, Busoni.

A hugely challenging undertaking was to learn, perform, and record the arrangement for
unaccompanied violin by Noam Sivan of the great Liszt piano sonata in B minor. To the best of my knowledge, this is the only recording of the work in existence (Romeo Records 7314). For all the justified controversy about playing it on violin, one has to keep in mind that it was the legendary violinist Paganini who gave Liszt the mighty push to strive for parallel achievements on the piano.

I love playing chamber music – it is so important in every way! It expands the scope of one’s listening as well as the authority and responsibility in performance. I was fortunate to take part in several chamber-music festivals in Israel, Europe, the US. For 10 years I participated in and served as artistic director of a semi-annual international chamber-music festival at Beit Daniel in Zikhron Yaacov, Israel.

An interesting and exciting experience has been working as artistic director and often soloist with the conductor-less, all-women string orchestra – Ramat Hasharon Camerata. We frequently played in the country, as well as toured Europe and Turkey. The reception, I must say, was extremely warm and enthusiastic. Sadly, the project folded due to budgetary reasons.

For quite a few years I’ve been mining the great, inexhaustible treasure of the sonatas and
partitas by J.S. Bach for the unaccompanied violin. This is a creation that no matter how deep you go, new levels constantly open up; a permanent journey of discovery (Artur Schnabel said towards the end of his life that at that stage, he only played works that couldn’t ever be performed as well as they deserve).

In the Bach on the Barge series, I also perform the cello suites on viola. It’s a bit funny, the way I came to the viola. About eleven years ago, in a chamber ensemble I was coaching at the music college for orthodox women in Jerusalem, the violist in Dvorak Terzetto had to give birth around the time of the exam. No other violist was available, so in order for the two remaining girls not to lose their credits, I took the viola. We rehearsed and passed the exam. There was something appealing to me about the instrument – the depth and warmth of its tone; its noble quality. I started adding viola to my violin practicing diet. In time, I included viola pieces in recital programs.

Adding the Bach unaccompanied cello suites, which are not infrequently performed on viola, to the violin part of the project – it is 50%, six suites and six sonatas and partitas – was very interesting. There are similarities and there are differences – not just between the instruments, their tone, their technique – but also between their structure, and the compositional approach. In each program, I play both instruments. The performances so far have been very well received both in Israel and Europe.

What does it mean to you to be an Israeli artist?
Music is a universal language. When a classical musician plays Bach, for example, what does it matter if he or she are American, Chinese, or Israeli? And yet, I do believe that every artist, and every human being should have roots, just like a tree, in order to hold it up in a storm, as well as to provide nourishment. I feel my roots are in Israel. It is not always a particularly easy or comfortable place to live in, but it’s mine, my children’s, and future generations’. When I hear a particularly gifted young musician here, my heart glows with pride, perhaps in some little part also because their roots are planted in the same soil, arid as it may be.

What does it mean to you to have an organization like the America-Israel Cultural Foundation supporting Israeli Culture for the past 78 years?

The subject is a lot bigger than what it means to me. Of course Mr. Stern, who was the
President of AICF, helped me enormously, both factually and morally; But I see the blooming musical environment – the Sharett Excellence Grants, the Aviv Competitions, Academies and Conservatories – raising new generations of musicians, some of whom go on to study advanced degrees at the best schools in the world. How much of that could have existed without the AICF’s contribution? 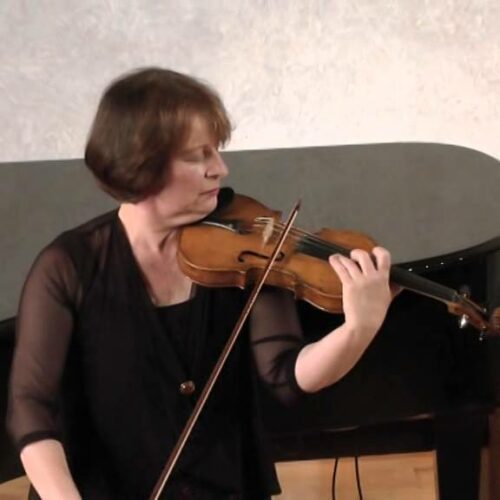