Guitarist and composer Yuval Ron performs original tunes which transcend the boundaries of any specific musical genre. Inspired by a crossover of modern fusion, progressive, cinematic and orchestral music, it is all well blended into a fresh and distinct musical direction best described as Cinematic Prog.

What or who inspired you to want to be an artist?
I’ve been making music from a very young age, so in a way it has always been a part of me. But growing up listening to metal bands and later progressive rock/metal, jazz and fusion icons like Chick Corea, Allan Holdsworth, Pat Metheny, Emerson Lake and Palmer, Cynic, Meshuggah and others, has made a great impression on me and inspired me to become the kind of musician I am today.

What was your creative journey that has brought you to where you are today?Growing up as a teen with rock and metal in Haifa, I was fortunate to join some great bands that were active around that time. A few years later, after getting into jazz, fusion and progressive music, I established my own band Residents Of The Future, which continued for years as we toured the world in a few different lineups. We played Jazz festivals from Europe and North America to New Zealand, and we released a couple of albums. It was an invaluable experience, both musically and on the promotional side. In 2012 I moved to Berlin, Germany and built my own home studio where I play, produce and mix my own music as well as others’. I’ve started releasing music under my own name, absorbing more influences from late 19th/early 20th century classical music and from film music. In late 2019, I released my latest album Somewhere In This Universe, Somebody Hits a Drum with rock drummer Marco Minnemann (The Aristocrats, Satriani, Steven Wilson) which received great feedback from the prog community. I was planned to tour with my German lineup last year when everything went into a deep freeze due to Covid-19.

All along, I’ve been an IT professional and a web entrepreneur, so with the outbreak of the pandemic last year, my co-founder Ishay Sommer and I decided to build MusoMind, a music subscription platform for the age of free music, to help artists during these times and in the future.

How has the COVID-19 crisis affected your creative life and your relationship to your work?
After releasing the album we were supposed to tour in Europe and Israel last summer, but it all got cancelled. My living was never fully dependent on my music, so I was able to take a couple of programming gigs.

In parallel we realized it’s time to start MusoMind as many artists could use it right then and in the post-Covid era too. The idea had started rolling even before that, having realized how exploitative the music industry is towards the vast majority of artists (which has been the case long before Covid-19) and wanting to create a service where they can get their fans subscribed just for their music, without needing to produce extra perks, exclusive content and such like in most crowdfunding sites. We launched it just a few weeks ago and we already have quite a few artists and their subscribed fans on it.

What’s on your mind these days? What project are you working on now?
Aside from working on MusoMind, I’m preparing to record a live-stream concert next month, which I’ll stream on my Facebook page and possibly other places. Some of those tunes have never been played live before so I spend a lot of time practicing my parts  as they are quite challenging to play, but totally worth the effort.

What do you need as an artist today?
Just like most musicians out there, I sorely need a tool that will allow me to make a regular stream of income from my music and social media releases, and later on also to be discovered by fans on that same platform. And hey, that’s exactly what we’re creating in MusoMind! 🙂 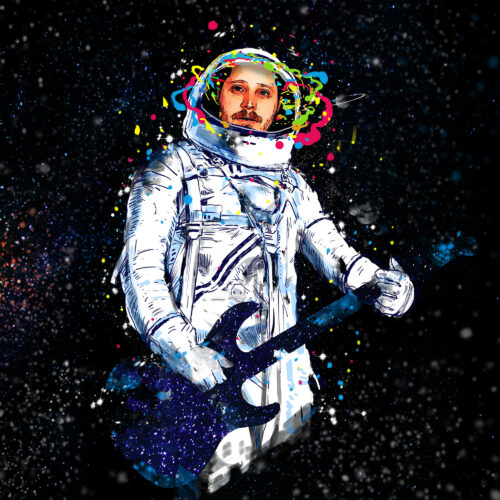