‘’This time I wanted to focus on something else. I see ‘Arvoles’ as new music, it’s a reflection of my world over the last couple of years. Let’s just say the new work shows another part of my personality. It’s a collection of original instrumental compositions, and one traditional song written over the last couple of years without the intention of ever being compiled on the same record. Still, they all fit together like a hand in a glove.

‘Arvoles’ is recorded with my core trio drummer Noam David (Israel) and pianist Elchin Shirinov (Azerbaijan) who are both magnificent musicians and composers in their own right as truly reflected on the album. They both have joined me on the road for extensive worldwide touring that runs deep into 2020.

‘’There’s even horns in there, Björn Samuelsson (trombone) and Anders Hagberg (flute) which I hadn’t included in my writing  for some time.

You could say I’m going back to basics, but with the maturity and vision that the last couple of decades have brought me. Nostalgia at its best is the strongest, most romantic, sincere, bitter-sweet feeling. And I agree it’s all over the record, with compositions like ‘Childhood’, ‘New York ‘90’s and ‘Nostalgia’.

‘’I had the happiest of childhoods, and I’m very proud I could include one of my mother’s paintings on the front cover of the album. She’s an artist in her own right, and it just made things come a full circle. I am so proud to be working with her in this way. ‘’ Avishai – April 2019 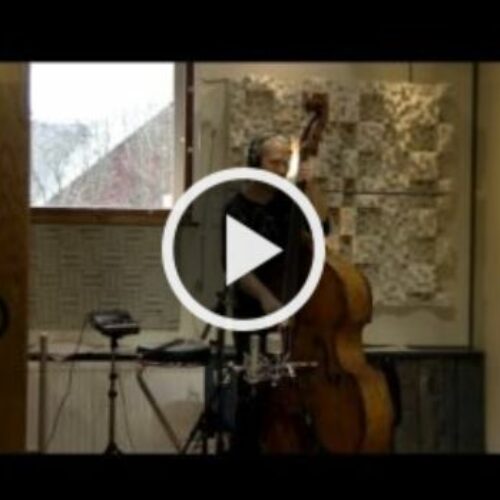