Avi Avital is not just another string player. Avi is a mandolinist who has been recognized by The New York Times for his “exquisitely sensitive playing” and “stunning agility,” GRAMMY nominated mandolinist Avi is one of the world’s most exciting and entrepreneurial young musicians. He is deeply committed to building a fresh legacy for the mandolin through virtuosic performance and exciting new repertoire, and that is just the beginning. AICF had the opportunity to learn more about Avi, his creative journey and how he is bending the roles in classical music repertoire.

1) What or who inspired you to want to be an artist?
Many things and people have inspired me, and continue to do so. My teachers from very early on were true artists. They taught me to look for the music between the notes, which takes on a life of its own. Courageous, path-breaking musicians, such guitarist Andres Segovia, inspired me to look beyond existing repertoire and conceptions of what your instrument is capable of; to believe that it can always expand, and to experiment. These days it is the people I work with who are my teachers. I have been fortunate enough to share a stage with wonderful musicians and conductors like Giora Feidman and Simon Rattle, whose very presence is a reminder of the trans-formative power that art can have, and the role that we can play as musicians.

2) What was your creative journey that has brought you to where you are in your career today?
The fact that I play such an unusual instrument, which itself happened by chance, has forced me to create the path I walk on as a performer. I feel very lucky about it. Because the classical repertoire for mandolin is relatively limited, the need for a good repertoire made me go to composers and ask them to write music for the mandolin. So, interpreting new music has become a very central part of my musical activity, in addition to adapting for the mandolin many pieces that were written for other instruments.

3) What do you need as an artist today?
Much like other artists, I guess, I always seek to develop the creative side of my work, and with it to serve a growing audience as far as possible. Expanding the repertoire by commissioning new pieces and recordings are some of the challenging tools needed. 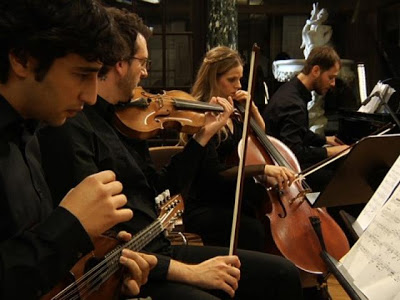 4) What creative project are you working on now?
I have recently completed a CD recording dedicated entirely to Johann Sebastian Bach, which had been my dream for years. Bach did not write for the mandolin (or at least he did not know he did!), I took three of his monumental concertos – two harpsichord concertos including the famous D minor, and a violin concerto – and rearranged them for mandolin and chamber orchestra. The orchestra was the fantastic Kammerakademie Potsdam. The process of studying this music so carefully, and then interpreting it with the orchestra, was one of the most interesting experiences for me this year. The album is going to be released during 2012, and it will be my debut album with the classical label Deutsche Grammophon.

5) Where do you see yourself and your career in 10 years?
I hope to be lucky enough to keep doing what I do – introducing this special instrument to audiences around the world, and expanding its horizons with new musical projects.

6) What does it mean to you to be an Israeli artist?
The Israeli/Jewish identity is very present in my artistic one. Some of it is deeper than I can put in words, but I think one can hear it in the music. At the level of the repertoire this is more obvious because almost every concert of mine contains a piece by an Israeli composer. On my recent count, I have so far played the world premieres of 44 new pieces by Israeli composers, including seven full length concertos. I also regularly play with a few klezmer ensembles, and this musical tradition is an ongoing source of inspiration. At the same time, I hope that I take these traditions and identity lenses as openings into something quite universal. 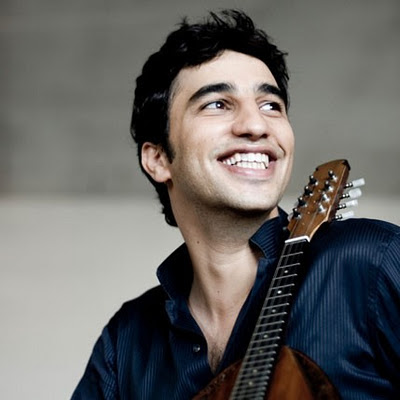 7) What does it mean to you to have an organization like AICF available in the art world?
AICF has encouraged and supported my journey at different levels, such that my work today would really be unimaginable without it. In addition to financial support in the different phases of my studies and my career, including aid with tuition and with buying musical instruments, I always found at AICF an open door, personal encouragement and great advices. A key moment for me as a young musician was winning the Aviv competition, where traditionally the mandolin was not included. I remember turning to the AICF to make the case for changing the rules to allow a mandolinist to participate. They were so open to receiving this idea, and to this day I am grateful for that. 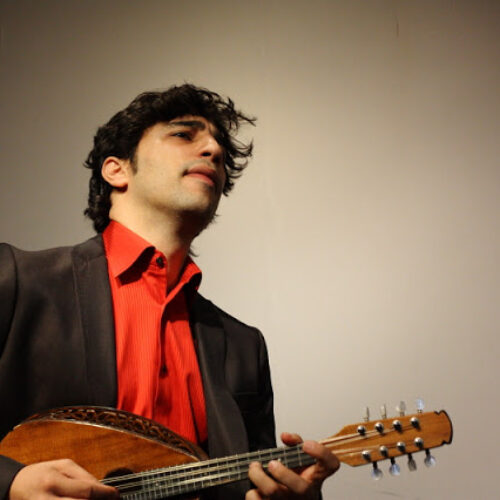