In celebration of J. S. Bach’s 333rd birthday anniversary this month, Bargemusic is presenting the composer’s complete works for unaccompanied bowed instruments in five recitals featuring violinist/violist Vera Vaidman. This feast of great music includes all of Bach’s six masterpieces for solo violin (the Sonatas and Partitas BWV 1001-1006) and all six masterpieces for solo cello (the Suites BWV 1007-1012), transcribed for viola.

Ms. Vaidman, one of the last pupils of the legendary David Oistrakh, has enjoyed a highly illustrious career, with concerts and master classes in distinguished venues too numerous to name. She has performed and recorded with Rudolf Serkin and Andras Schiff, as soloist with the Israel Philharmonic Orchestra under Zubin Mehta, the Jerusalem Symphony with Lukas Foss (on US tour), with Gerard Schwarz, Mendi Rodan, Rudolf Barshai, and with numerous orchestras in Israel, Europe, South America, and South Africa. Foremost a violinist, she has also performed as a violist since 2007.

It is not too unusual these days for cellists to take on the cycle of six cello suites in recital, and such programming is usually a noteworthy event. Similarly, some brave violinists take on a cycle of the complete Sonatas and Partitas, an equally formidable undertaking. What is truly extraordinary, though, is that Ms. Vaidman, equally comfortable whether playing viola (in the role of cello) or playing violin, tackled a cycle of both sets within the span of just nine days between March 16 and March 25 (in addition to a sixth recital of completely different repertoire). For those looking to mark what is being called Women’s History Month this March, they’ll need look no further than Ms. Vaidman’s series for a colossal achievement in the field of classical music.

While this reviewer heard only the March 23rd recital, it was clear that Ms. Vaidman is one outstanding violinist and violist. In a program pairing the Suite No. 4 in E-flat major, BWV 1010 (viola) and the Partita No. 2 in D minor (violin), BWV 1004 – known best for its monumental Chaconne finale – she navigated the extreme challenges of both works with the ease of a veteran and the involvement of a highly dedicated musician, all from memory (as one learns was the case for this entire cycle).

The Suite in E-flat major opened the recital. Interpretation of the Prelude from this suite is a particular bête noirefor this reviewer, as performances seem to alternate between those with excessive prolongation of the initial bass notes (leading the listener to feel five beats in each measure rather than four as written) and those with a slavish adherence to the beat, which undermine one’s sense of contrasting tonal layers and registers. Thankfully, Ms. Vaidman avoided both extremes and struck the right balance here, lingering on the basses without upsetting the meter. On the subject of basses, Ms. Vaidman’s were warm and full, such that one never even missed the cello sounds so deeply connected to this music. Her lower range was a beautiful, though sometimes it did tend to overpower the higher registers. In cases where Bach’s writing called for almost antiphonal tiers of upper and lower voices, this registral contrast was an asset. Occasionally, though, in longer, more fluid lines, it seemed to result in some slightly pinched peaks. In general, though, Ms. Vaidman’s shaping of phrases and overall conceptions won the day.

One hesitates to criticize details in a venue such as the Barge, in which the resonant acoustics and intimate space leave even the slightest fluctuation of the bow’s weight quite audible. One needs in such a case to distance oneself aurally, just as one might step back in viewing a painting, and to take in the glory of this music. There was much that was glorious. High points in the E-flat Suite were the sensitively rendered Allemande and a very thoughtful Sarabande. Also a delight was the Bourrée II, which had the perfect pesante approach, not prettified as it sometimes is. The Gigue had an exuberance which closed the work with triumph.

Changing from viola to violin presents its own unique challenges, but the transition was made quite skillfully to the Partita in D minor. Though Ms. Vaidman had become acclimated physically to the viola for the first half of the recital, her violin performance seemed to reflect even more naturalness and ease overall. She was able to inflect the Allemande’s phrases with attention to detail without losing the long lines, and the Courante (or perhaps more properly Corrente) projected a lively and precise dance-like spirit. Her Sarabande held this listener (and the audience) completely, and the Gigue was excellent, with only the occasional slip.

All built to the Chaconne, which capped off the evening with grandeur and beauty. One of the high points of the entire music literature, in this reviewer’s mind, it was beautifully paced by Ms. Vaidman, who built the momentum logically and incrementally to its glorious peaks. Her excellent voicing revealed Bach’s contrapuntal lines, and her control of dynamics made for wonderfully varied textures. A few smudged double-stops along the way were the only downside, but en route to building this musical shrine, such matters are fairly inevitable. All in all, it was a tremendous evening. Brava! 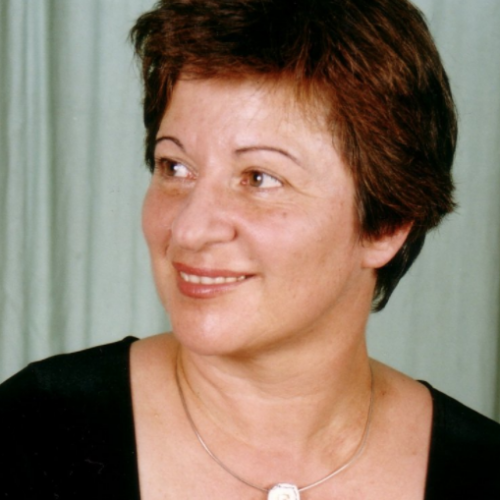