A major sculpture by the late Boaz Vaadia, titled Ahiam 2nd, has been permanently installed at the Edmond J. Safra Campus at the Hebrew University of Jerusalem, Israel as of May, 2020.

Of his work, Vaadia often spoke of the primal connection between humankind to the natural world. Although Vaadia moved to the United States in the beginning of his career and established his New York studio there, he grew up in Israel on a farm in Gat Rimon. The permanent installation of Ahiam 2nd in Israel allows one to experience the work more fully in the context of the artist’s past. 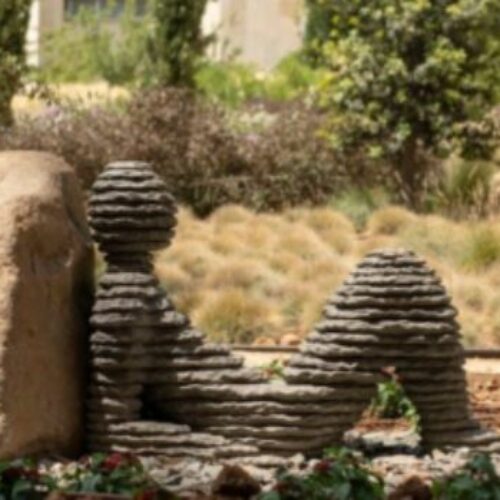