The album features Silberstein’s Trio with Brazilian pianist and accordionist Vitor Gonçalves, and the Israeli drummer and percussionist Daniel Dor

Yotam Silberstein’s new album “Universos” is out and available on all digital platforms . The Israeli guitarist, an AICF grant recipient, living in Brooklyn since 2005, and racking up credits over the years with The Heath Brothers, Roy Hargrove, James Moody, John Patitucci and many others, offers up a powerful representation of, and testament to, his ongoing love affair with global musical folklore. “It’s common these days for jazz musicians to record an album and share it with the world…Far more impressive is to record the world and share it in an album,” said Brian Zimmerman in Jazziz Magazine about Silberstein’s 2019 recording, Future Memories. Following this blueprint, Silberstein has hit another one out of the park with his new recording, his seventh as a leader, “Universos”.

On “Universos”, Silberstein’s constellation of original compositions is based on his experiences on voyages around the globe, influenced by musical traditions of Brazil (including Choro, Frevo and Samba), Argentina, Uruguay, Venezuela, Andalousia, the Near East, as well as blues, jazz, and rock. The album also displays Silberstein’s exceptional talent, whose guitar playing delivers this universe of music to our ears. “His tone dark and lush, his music struck through with passion and intimacy. Silberstein’s soulfulness is tempered by a seriousness that gives his music tremendous weight, as his innate talent burns through every bar… A true polyglot with an adroit skill set, Silberstein is on a journey to watch.” said Ken Micallef in JazzTimes Magazine (reviewing Future Memories). 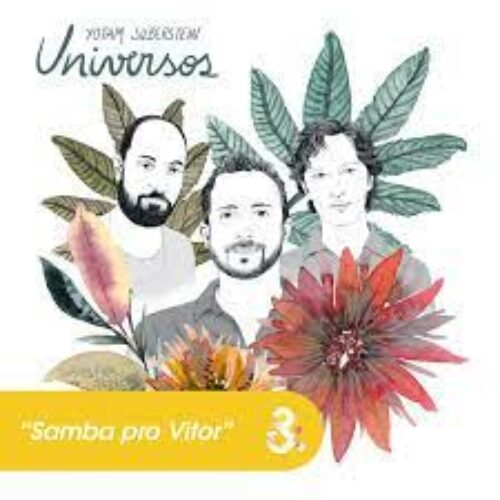