What or who inspired you to want to be an artist?
Each artistic discipline was inspired by different people. The acting came from years and years of consuming TV, films, and later on, musicals. When I saw actors whose performances really got to me and made me feel something real, I was able to point and say – “this, I want to do this.”

But at the end of the day all forms of art come back to storytelling. Artists want to tell stories with the hope of conveying something significant. Painters do so through paintings, sculptors through statues and sculptures, choreographers through dance. Actors adapt someone’s story and become the vehicle by which it finds a wide audience while scriptwriters/playwrights are very clearly storytellers.

I have always loved stories. I think what made me really start thinking in structured story form was watching Joss Whedon shows. I grew up watching Buffy the Vampire Slayer and that’s how I learned both English and about storytelling. Later on, Tina Fey and 30 Rock added to that understanding from a different angle, and it’s a passion and a practice that keeps growing and growing every day the more stories I consume.

I think I owe my moving to NYC to my love of musicals. I’ve been singing in school choirs since I was 7 all the way through high school. I spent my high school years majoring in Film and TV and my love for musicals really deepened in my late teens. Love for musicals is harder, or at least used to be harder, to nurture in Israel because unlike in the US where school plays are the norm almost everywhere, it’s different back home. Many shows don’t make it across the pond(s) and when they do they’re mostly plays and not musicals (though I hear that’s beginning to change!) But between movie musicals and soundtracks, I developed a real love for them and after my military service I visited NYC for the first time and watched a lot of shows on Broadway. After graduating from the American Musical and Dramatic Academy, and after doing some theater post-graduation, a few things became clear to me: A) I miss writing, B) My looks are more fitting for the screen, for the most part, and C) And that goes back to storytelling, what I love the most is long form storytelling, the sort that you can truly only get on TV where you can spend years with the same character. So while I love everything and would love to do everything, I think it took me more than a decade to finally realize that TV is where my heart is as an actor and a viewer.

I really do need that long form thing to really sink my teeth into, be it as an actress or a writer. More than anything, I love the chance to figure out a character from all angles – what makes them tick, what are their vulnerabilities, what makes them happy, what’s their favorite food.

Most recently I was on season 2 of the Hulu series The Path, starring Aaron Paul, Michelle Monaghan and Hugh Dancy. The cast and creative team of this show are the nicest people and I’m very grateful for the experience. The show was renewed for a third season and we actually just started shooting it.

I’m also working to bring my short script “Ruth’s” to the screen. It’s the story of a family that visits their grandmother’s house for Seder and later that night the granddaughter confronts her grandmother about her years-long suspicion that the grandmother is Anne Frank.

The idea came about a couple of years ago after reading a study by the Anne Frank House in Amsterdam that included newfound facts about Anne’s death. It always amazes me that the story remains (sadly) relevant, and will remain so, and not only is it always important, there’s always interest in it and it seems to be somewhat surrounded by air of mystery.

I really wanted to explore what kind of person she’d be if she were alive today. Why wouldn’t she tell anyone? What would her life look like, etc.

Through the grandmother-granddaughter conversation we get answers to all of these questions and get to touch on themes of symbolism, memory and even the downside of fame, of having your personal life out in the open even if you never gave consent to that. There’s a part of her that thinks that the world needs its symbols and heroes, and that stepping forward would take something away from people and that would upset them rather than make them happy.

Gender equality is also such a big issue nowadays, be it in pay gap or even in subject matter and hiring. I want this project to be led by mostly women and I’m very glad that it’s a story about a grandmother and a granddaughter, a relationship that doesn’t get explored on screen very often. I myself lost my own grandmother this year and it suddenly changed my entire feeling about this film. It was always personal because it was always my baby, but now there’s something deeper there, and I’m in a bit of a different state of mind when I think about this project and making it happen.

The script was a finalist/official selection in a few festivals including the Toronto International Film and Video Awards and the NYC Independent Film Festival where it was also part of a reading event in front of live audience followed by a Q&A.

We’ve been in touch with the Anne Frank House who are quite kind and encouraging, and we became fiscally sponsored by From the Heart Productions, meaning all donations are tax deductible through a 501 ( c ) (3) organization.

This is our crowdfunding campaign:

You are welcome to visit the film’s website as well:

I’d be quite happy to do more (and more and more!) of the same. Write more, produce my own stories and also act in them, maybe start a production company, but above all, I’d really love to act anywhere and everywhere. While it might not seem this way, acting is my first big love and I mostly wish to be a regular character on a show that runs for a few seasons, and explore this whole new person who is the fictional creation of someone else’s mind.

Well I think “Ruth’s” is a great answer to that. It affects subject matter and the things that are of interest to me. I’m a firm believer in “a person with no past has a poor present and his future is shadowed with doubt.” Know who you are and where you came from. Embrace those things. Being Israeli can at times mean being cynical and on occasion morbid, but it also means being stubborn, devoted, happy and warm, and I think I maintain these qualities in the stories I tell whether I intend to or not. We serve in the military at a young age, we are complex people, but curious, too, I think, and it all adds up to how we present ourselves to the world.

I can’t speak for 78 years, but I do appreciate the consistency and devotion, just like I mentioned above. It’s in our core, and the Foundation existing for so long is another testament to that. 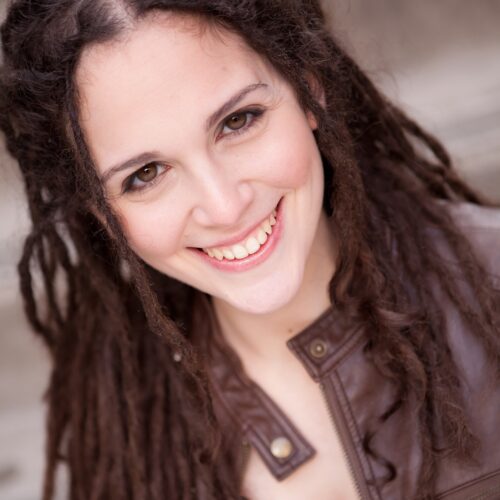