Photographer Dafna Gazit has living and working in Tel Aviv the last fourteen years. She studied photography in Hadassa College of Technology in Jerusalem between the years 1994 and 1997, and graduated with a practical engineer diploma. Dafna collaborated with fellow graduates of the Midrasha School of Fine Arts, Beit Berl College, and established Alfred Gallery in Tel Aviv. Alfred Gallery is cooperative gallery for contemporary art and is an organization which supports young artists by exhibiting their work. Alfred gallery takes a significant role in the contemporary young art scene in Tel Aviv. The main theme of her work as a photographer is the meeting point between the public space and the personal space. Dafna works with a medium format film camera (6×7 cm) and a large format film camera (4X5″), which are commonly used as studio cameras. Instead, Dafna’s space is the streets. 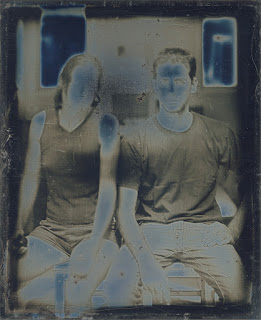 1) What or who inspired you to want to be an artist?
Painting and taking photographs with a stills camera was my sanctuary in my adolescent years. As I was coming of age there was no doubt that I will study fine arts academically and pursue an artistic career. I found myself fascinated with the technology of photography. Whether to study fine arts or something creative with a technological aspect was an ongoing debate for me. Eventually I decided to study photography in Hadassah College of technology, Jerusalem (1994-1997). Several years after I studied fine arts in the Midrasha School of Arts, Beit Berl College, to pursue an artistic career.

2) What was your creative journey that has brought you to where you are in your career?
Several years after working as a commercial photographer, I realized that I was not fulfilling my true desire. With this realization I enrolled to the Midrasha, School of Arts, where I flourished. I met some amazing people, and made some profound friendships. During the graduation exhibition in the Midrasha, some of my friends and I gathered and decided to open a cooperative gallery. In September 2005, I became a co-founder and member of a cooperative gallery for contemporary art in Tel-Aviv, “Alfred Gallery.” Alfred Gallery’s agenda is to encourage and support young artists by exhibiting their work, thus giving them exposure to the Israeli art scene; in addition to integrating contemporary artists with the public in an accessible space. Alfred is a non-profit organization, and there is no for-profit contract between the artist and the gallery. Alfred Gallery has always been a strong and stable foundation which enabled me to grow and develop as an artist.

3) What do you need as an artist today?
Excuse my unoriginality: time and money. The socio-economic condition in Israel does not enable artistic freedom. You always have to have an additional full time job to (barely) survive. The art works for all me exhibitions were produced during weekends since these were the only days I could fully dedicate myself to my artistic exploration. 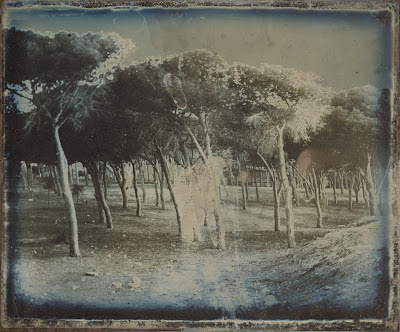 4) What creative project are you working on now?
In the last two years I have been working on rediscovering and recreating the Daguerreotypes process, which results are going to be exhibited in a solo exhibition which will open on September 6th 2012. I intend to continue and explore the Daguerreotype process and 19th century photography in general.

5) Were do you see yourself and your career in 10 years?
As of today I intend to continue exploring the Daguerreotype process – the first commercial photography method. I intend to explore other methods of photography from the 19th century, such as collodion wet plate process, and perhaps open a “19th Century Photography Workshop”.  In addition I intend to continue and exhibit my art work with the prospect of expanding outside the boundaries of Israel.

6) What does it mean to you to be an Israeli artist?
An Israeli artist is a part of a very small and esoteric circle, which mainly operates in Tel-Aviv. An artist in Israel is not recognized by the state, and there are very few prizes and awards that can recognize and support artistic achievements. Art in Israel is perceived as a luxury and a hobby, which one can fiddle with in his or hers free time. Alfred Gallery has recently became recognized by the Ministry of Culture, but as for independent artists they must continue to struggle.

7) What does it mean to you to have an organization like AICF available in the art world?
AICF connects between the local art field with the international art field, thus exposing artists to a wider audience around the world, who otherwise I wouldn’t have access to. The support of AICF in Israeli artists is extremely important and essential to their artistic growth. Life in Israel barely allow one to pursue an artistic career, hence many talented artists eventually cave in and neglect their artistic life. 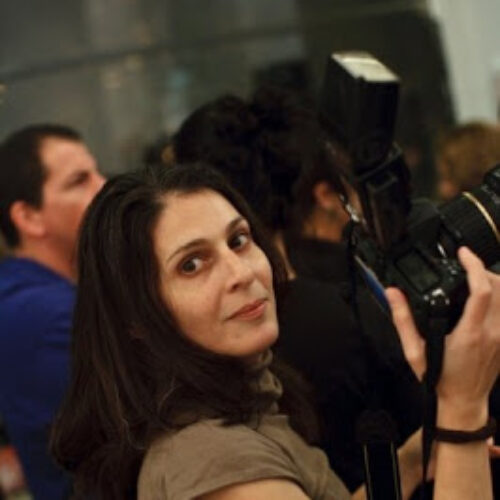