While the eyes of the world were trained on Israel last week as its citizens went to the polls, a different set of Israeli newsmakers took the stage last night in New York City for a gala dinner hosted by the America-Israel Cultural Foundation, which supports the careers of Israeli artists.

The crowd that gathered at the New-York Historical Society was there to honor the four recipients of the organization’s Israeli Culture and Arts awards: A-list actors Shira Haas and Gal Gadot, renowned pianist Yefim Bronfman and Ido Tadmor, a prominent  choreographer.

In between performances by a jazz trio, an opera singer and other musicians and dancers, the awardees all stressed the importance of arts funding, which had been depleted when COVID-19 kept audiences away from performance venues. During the pandemic, AICF launched a $2 million relief fund that helped support 1,800 artists. The organization has an annual budget of $3 million.

Haas praised “the amazing talent that we have in this very tiny country… in a world [where] sometimes — the value of art and culture can be left behind.” Speaking via video because she has the flu, Gadot said, “Now more than ever, it’s important we stand strong as a community and be proud of who we are and in our heritage.”

And while there wasn’t overt talk of Israel’s shifting political winds, several speakers alluded to the power of culture and arts to acquaint people with Israeli society beyond violence, politics and geopolitical conflict. Iris Reff Ronen, the group’s CEO, called the artists and performers “the best ambassadors the State of Israel can wish for.”

“You know that it’s fragile, and you know that it has its challenges,” Asaf Zamir, the consul general of Israel in New York, told the crowd, referring to the U.S.-Israel relationship. “When I was young and grew up here, Israel was just this general positive buzzword… Today, it kind of is taking a different direction… But I’ve seen firsthand how people suddenly view Israel differently through watching a TV show or a movie, or seeing a concert.” 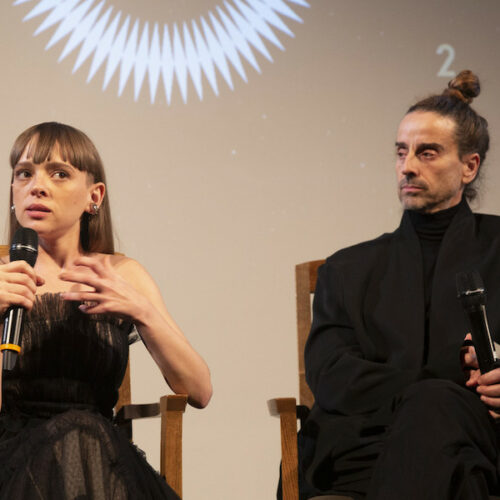