Internationally acclaimed saxophonist, Eli Degibri, announced his intention to establish The Michael Brecker Saxophone Competition at January’s “Nearness of You” Concert, a biennial event held at Lincoln Center to raise money for cancer research in honor of the late Michael Brecker.

In front of an audience consisting of President Bill Clinton and Secretary Hillary Clinton, Degibri reminisced about the first time he heard the legendary Brecker perform, thirty years prior, at the inaugural Red Sea Jazz Festival in Eilat, Israel in 1986. “I was mesmerized,” he recalled in his speech.

“President Clinton came up to me after the show,” Degibri glowingly recounted, “one of the greatest speakers of my lifetime shared that he was inspired by my speech and my playing. It was surreal. He told me a funny story about [former Israeli Prime Minister] Ehud Barak and we chatted about jazz. It was 20 years ago at The White House when we met and our love of jazz is something we’ll forever share.”

Degibri, who is now the Artistic Director of The Red Sea Jazz Festival, hopes the Michael Brecker Saxophone Competition can reach the level of prestige that has been bestowed upon the Thelonious Monk Institute’s competition. He attended the renowned institute when he was 19 years old, shortly before going on tour with legendary pianist, Herbie Hancock.

Degibri is targeting for the competition to debut in tandem with the Red Sea Jazz Festival.

Susan Brecker, Michael’s widow and a co-producer of the “Nearness of You” Concert said, “It’s a wonderful honor. Michael was always supportive of young saxophonists and would have been delighted and humbled.” Added her co-producer Darryl Pitt—Michael’s former manager who had convinced him to appear at the inaugural Red Sea Jazz Festival, “Mike was an astounding musician and an even better man who will forever continue to inspire in so many ways.”

Degibri echoed this sentiment, “As an aspiring musician growing up, you only dreamed you could one day play as well as Michael Brecker. My goal is that this competition not only keeps the legacy of a once in a generation musician alive, but also the memory of the kind and generous soul that was Michael Brecker.” 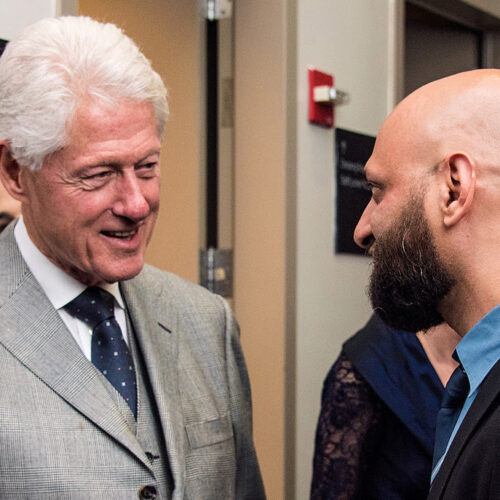