The Eyal Vilner Big Band is releasing a new album, recorded live in Washington Square Park. This past summer and fall, Washington Square Park became the Big Band’s home base every Sunday afternoon. It was the last stage left for the band to play and, possibly, the last big band stage left anywhere! For many of the musicians, it was the only time in months that they left the house and played again with other human beings. The park allowed them to maintain social distance and be in the open air while still swinging together. The new album was recorded live on November 8th in Washington Square Park and it is a sort of documentation of this special time.

The band is offering a pre-sale of the album for “$15 or more,” and the sales will be split among the 15 band members, who lost their main source of income during the pandemic. The album is scheduled to be released early April 2021. 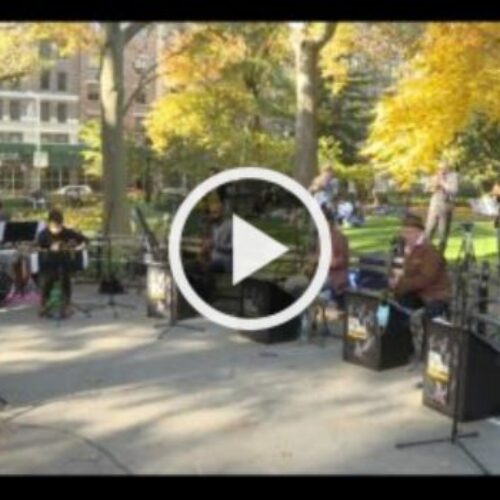