Israel’s number 1 TV series hit – Fauda, wins the Audience Award for best feature film at the Hong Kong Jewish Film Festival. Together with the Toronto JFF, the Australia JFF, the UKJFF, and the Chicago Festival of Israeli Cinema – the HKJFF have screened the whole Fauda season (12 episodes, 450 minutes) with much success.

Since the late 80’s, the Israeli Defense Forces (IDF) has
operated special undercover units called “Mista’arvim”, currently in the West Bank and previously in the Gaza Strip. The soldiers, disguised as Palestinians, blend into the Arab community and carry out anti-terror operations.

“Fauda” (Arabic for ‘Chaos’) shows the story of the Israeli-Palestinian conflict. On one hand Doron and his team are hunting the Hamas activist Abu-Ahmed. On the other hand one sees the tragic life of Abu-Ahmed and his family and the reasons for their escalating hatred towards Israel.

The series starts when Doron, who is out of the army, working as a wine-maker, learns that the most wanted Arab terrorist, whom he had caught and was presumed to be dead, is in fact alive and well, and planning the next suicide bombings. From there until the end of the 12th episode, one can barely blinks.

“The Hong Kong audience were riveted and on the edge of their seats, with barely a breath drawn, throughout the 12 episodes”
(Debby Amias, HKJFF)

“It really was a thrilling and we had two very packed and exciting marathon sessions that took us late into the night” (Nicole Izsak, HKJFF)

“Fauda was a great success. We showed it on three Sunday afternoons, 4 episodes each with a 20 minute break in between. The audience was really engaged from the start. You could almost hear a breathless gasp from them as each session ended. it was a wonderful event.
People thanked us for doing it and loved the show!
”
(Helen Zuckerman, TJFF) 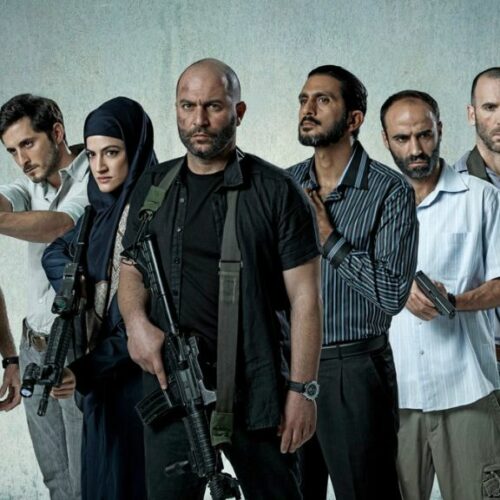