Friendy, a NYC-based, Jerusalem-bred band signed a record deal with GSI Records, run by drummer Eric Harland. They have been playing together since they were 12 years old and are incredibly excited to release their debut album “Friendy Fire” on Feb. 19th. The album was mixed by Brett Bullion, and mastered by Nate Wood.

Watch the band members explain about their collaborative effort:

The album is an explosive collection of original compositions, fusing supercharged rock with contemporary jazz and taking inspiration from animated Japanese TV shows and films.

Their vision is to create a powerful musical experience that fuses a strong rhythmic feel with an abstract atmosphere.

Listen to “My Ninja Way”: 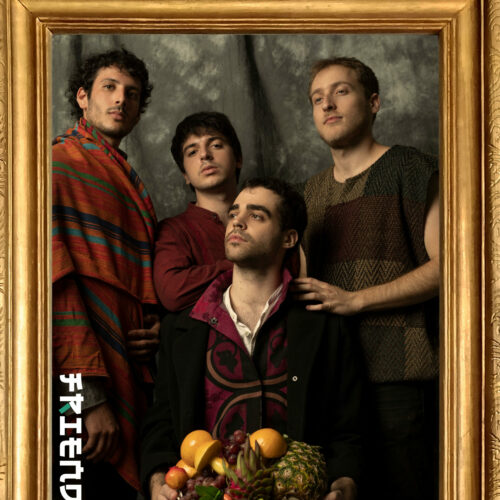