Ganit Orain has 2 B.A.’s in psychology and in the arts. She graduated with four years of studying cinematography with experience in directing, screen-writing and still photography. Ganit worked as a producer in Israel’s biggest newspaper and as a photojournalist, as well as have had exhibited her photographs and video art pieces in several individual and group exhibitions. Ganit has also wrote two children books. In celebration of her recent animated feature The embryo who cam in from the cold, AICF had the pleasure of learning about the journey of a cinematographer.

1) What or who inspired you to want to be an artist?
At some point in my life, I used art and humor to deal with difficulties or things that puzzled me. I was supposed to be a medical researcher, and I started at the Tel Aviv Med School. But after much contemplation, I decided to leave for art and especially photography and cinematic directing (my parents still ask:”Why???”). As for inspiration, I do remember watching Kurosawa’s “Seven Samurai” at an early stage and thinking “This is much more than just a movie; this is art.”

2) What was your creative journey that has brought you to where you are in your career today?
Well, it certainly was a journey with a lot of detours. First, I thought I’d be a still photographer and a photojournalist. After realizing this wasn’t my passion, I decided to try art photography, but felt it was too much of a market and didn’t want to play the game. Meanwhile, I studied film directing and script writing. I decided to focus more on screenwriting because I felt directing extremely low budget movies was too much compromise for me. I also started studying psychology. Today I focus on writing and directing animation. It combines everything I love (research, psychology, photography, humor, writing and minimum compromising) because in animation you create everything from scratch.

3) What do you need as an artist today?
In Israel, and I guess everywhere, in order to produce your own material, you have to struggle to get money for the production, unless you have the ability to write something that can be shot with a low budget and feel happy about it. I’m still working on that. Since I don’t want to compromise much, I find it hard to adapt my scripts to very low budgets. The result is running after the money.

4) What creative project are you working on now?
I’m working on 3 projects now with different involvement of mine. The first is an animation feature, a comedy about 5 IVF embryos who embark on a journey to find their mother, called:”The embryo who came in from the cold. The feature is in production and a short segment of it will be screened at Los Angeles HollyShorts 2012 Film Festival. I wrote the script, directed and produced the piece. The second is an independent feature, a comedy about a scientist who is asked by a Russian oligarch to develop a software that can match perfectly between people around the world, just by pressing a button, straight to the wedding. I wrote the script and involved in the production. The third is a TV sitcom, a medical procedural show which takes place in a sperm bank. There are a lot of mishaps in this bank; a real hazard. I will be the head writer.

5) Where do you see yourself and your career in 10 years?
I hope the 3 projects mentioned above will be finished, produced and hopefully successful I also wish for myself to be able to produce my own material with artistic freedom without
thinking every second from where I’ll bring the money, or what compromises I’ll have to make. I hope to be able to make a fair living from what I love and feel satisfied. I hope there will be an audience that will love what I do as well. 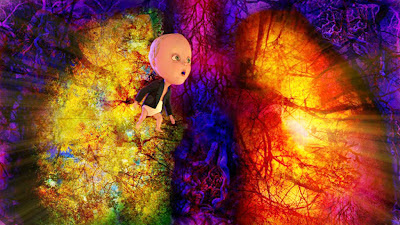 6) What does it mean to you to be an Israeli artist?
In the past year I had a lot of contact with producers, managers and actors around the world trying to cast voice recording actors for my animation feature. I sometimes felt that being an Israeli was considered as coming from another
far away planet or a tiny anonymous country. Yet sometimes I wondered if there is some resentment against me being an Israeli, especially while dealing with some European contacts. I’m proud to be Israeli, but I am not happy with the political situation Israel is in. I think there is a lot of ignorance regarding what really is going on in Israel and its neighbors. I hope things
will change for better, but I’m not very optimistic. I deal with universal themes and don’t think in this case, art or any artist’s boycott (which I really disagree with) can profoundly help. Someone in the government needs to be wiser.

7) What does it mean to you to have an organization like AICF available in the art world?
It warms my heart that there is a place for Jewish people to be free and this place is Israel. Unfortunately Israel still needs protection and help to exist and USA is its best and strongest friend. Art can be a language to communicate and overcome differences and ignorance, so it is natural for AICF to be a true alliance for Israeli artists. When I was a student I won 2 scholarships from AICF for screenwriting and photography. It was as if I got an assurance for my passion for several areas and maybe a hint for my need to find the combination, like animation. I was able to buy an editing system that allowed me to edit my first short films, making me the independent filmmaker I’m today. 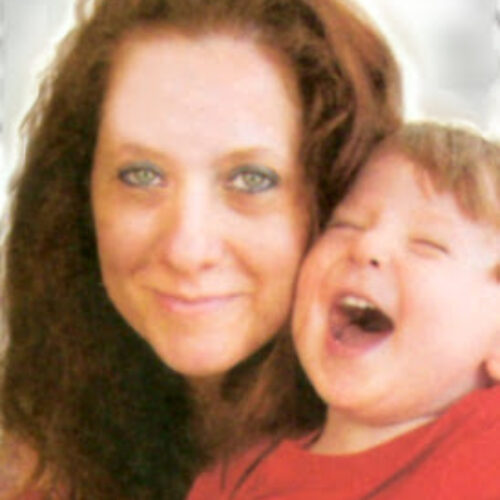