Parting Waters— a sculpture that Ghiora Aharoni completed a few years ago just before Passover— was inspired by the biblical story of Exodus, and at the same time, by the contemporary plight of Syrian and African refugees journeying through the Mediterranean, all making their way into the unknown, toward a new beginning. Parting Waters celebrates liberation, from the personal to the metaphysical, as well as the transformative dynamic inherent in new beginnings.  With Passover lighting our horizon, the sculpture has taken on a new resonance as we make our way together toward a new existence.

Parting Waters is composed of wooden crates containing slender-necked beakers used to test if milk was being diluted in the mid-20th century. Had the beakers been filled with diluted milk, the water would have risen into the necks, forming columns of water—an allegory of Moses’ parting of the Red Sea.

The figures in Parting Waters represent both the Hebrews and contemporary Syrian and African refugees journeying through the Mediterranean…as well as the universal human desire for freedom and the leap into the unknown that is intrinsic to physical and metaphysical liberation. 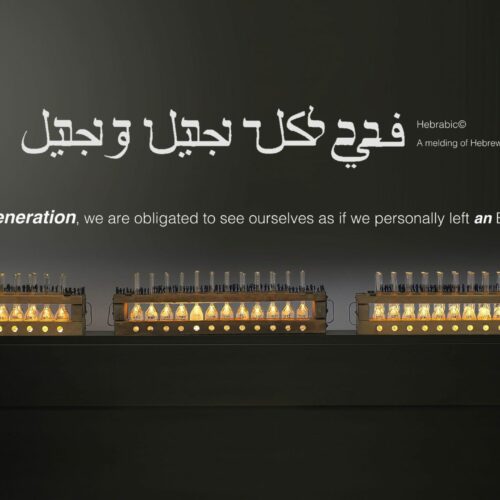