Ghiora Aharoni has been invited to be an Artist-in-Residence at the 2020 India Art Fair, in Delhi, January 31 to February 2. During his residence, he gave a workshop as well as having a booth with new work created for the fair, all of which explores facets of the universal connections between cultures:

Aharoni exhibited new sculptures, a new series of video sculptures and an installation piece, ‘From Varanasi to Jerusalem’, which connects two of the world’s oldest and most holy cities via a mythical pilgrimage, inspired by a similar 12th–century journey by the Sufi saint Baba Farid who traveled from India to Israel.

The centerpiece of the booth was ‘Genesis—The Hindru© Series’, the first in a new series of assemblage sculptures. It brings together the Genesis creation narrative in Hebrew with Hindru©— a melding of Hindi and Urdu—as an intercultural rumination on spiritual energy. 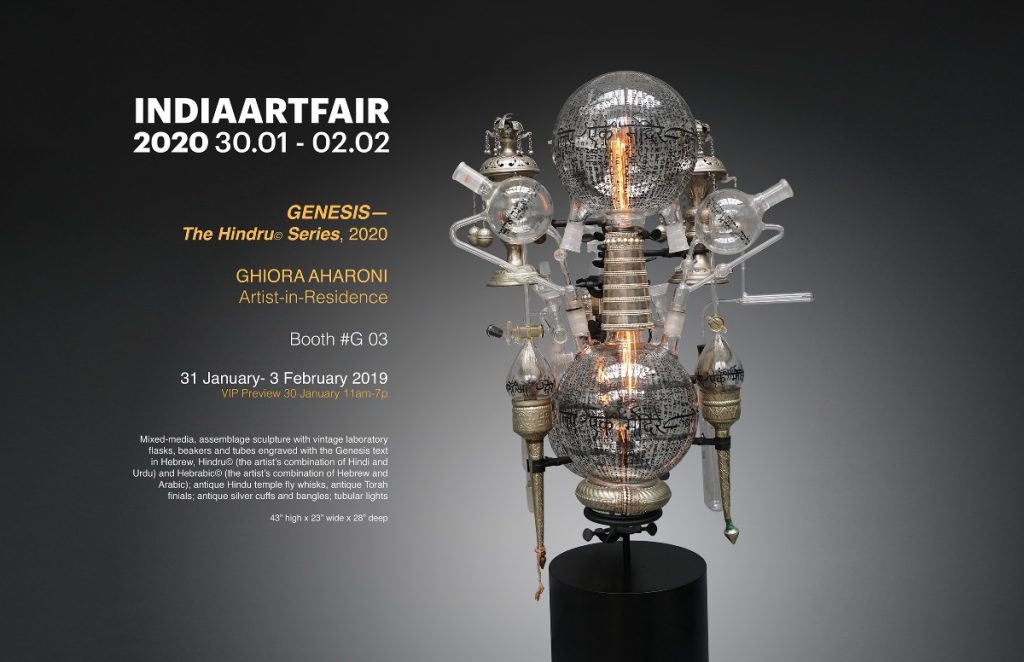 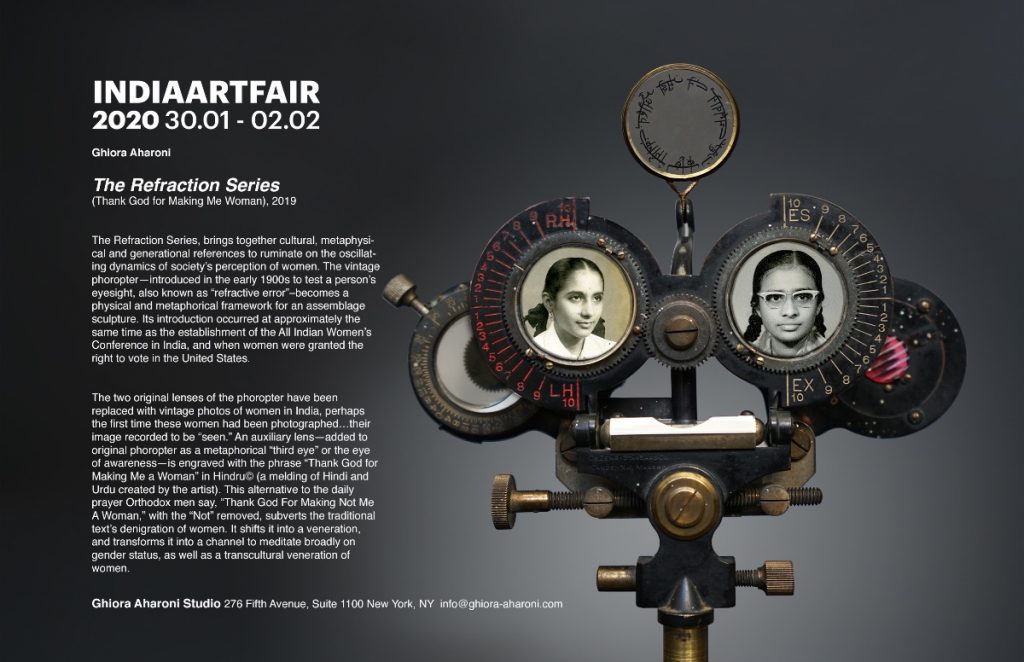 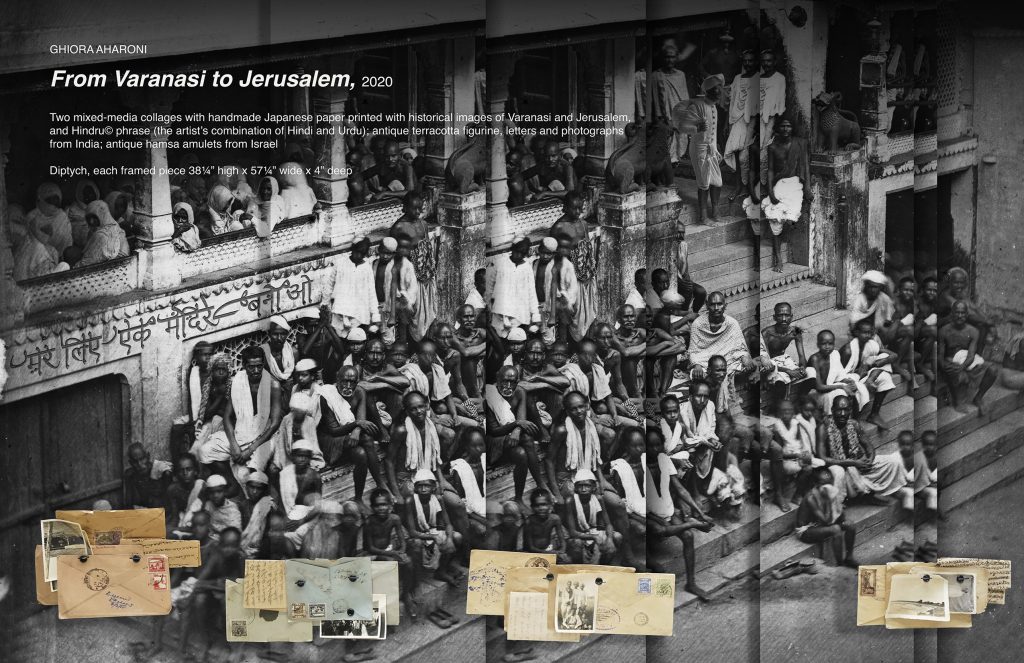 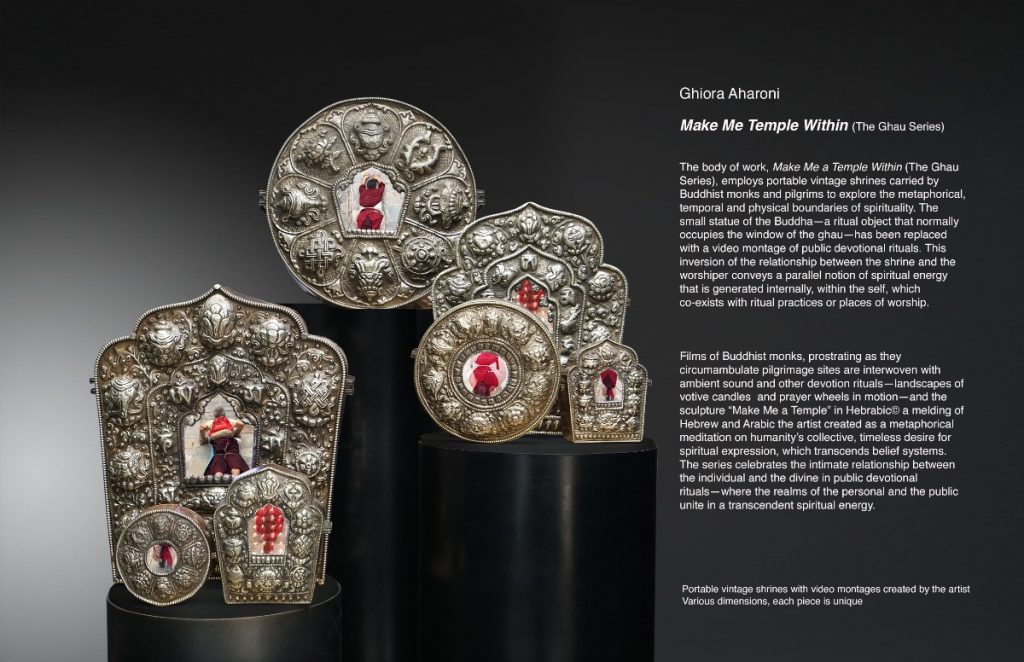 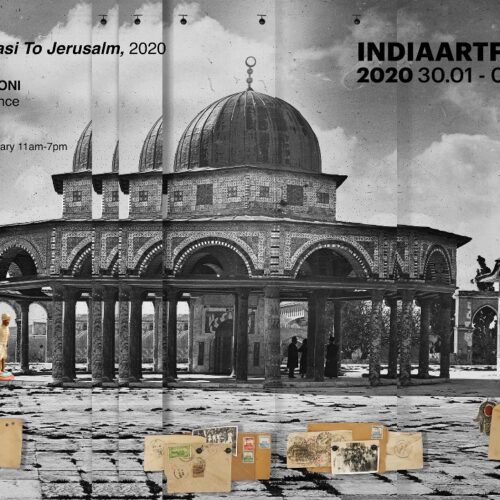