The clarinetist Gil Shaked-Agababa, born in Tel-Aviv 1985, began her musical education in Israel with AICF alumni Eva Wassermann-Margolis and Richard Lesser. She graduated from the Thelma Yellin High School of the Arts and completed her studies in Germany at the Cologne Music Academy with Professor Ralph Manno, graduating with a Master of Music degree in 2011. Gil Shaked-Agababa played in various orchestras, among them the West Eastern Divan Orchestra conducted by maestro Daniel Barenboim (AICF’s very first recipient). She has also performed as a soloist with a the Warschauer Symphoniker, Bonn Orchestral-Association, Bielefeld Academy Orchestra, and the Klassische Philharmonie Bonn.

She is a recipient of scholarships from the America Israel Cultural Foundation, Musikstiftung Köln, the Lions Club, and the Yehudi-Menuhin organization Live Music Now–and has also won several prizes in competitions. Besides her activity as a player she is also a teacher and gives a clarinet course at the annual Internationaler Kunstsommer Arnsberg.

Currently she plays regularly with the Klassische Philharmonie Bonn regularly in Germany’s great concert halls. She also performs with pianist Pascal Schweren, including interesting little known pieces as well as original works composed for their duo. The duo’s first CD will be soon released. Gil has made recordings for German radio stations with various chamber music partners, such as the Schnizler Quartet.

1) What or who inspired you to want to be an artist?
Surely the encouragement of my amazing parents, who always were confident that I could become whatever I wanted. There often isn’t a specific moment that makes you want to be an artist; it’s more a process of realizing process that you are.

2) What was your creative journey that has brought you to where you are in your career today?
I had fantastic luck having a series of great teachers who always pushed me on.   The first and maybe most important clarinet teacher I had was Eva Wasserman-Margolis who “shaped me up” in the first 8 years. She taught me specially to have sensibility for sound and created a rich musical environment (master classes, chamber music, competitions and so on). The second person was Albert Piamenta, who was the musical director and conductor of the Youth Orchestra in Jaffa. This fascinating artist provided new and intriguing ideas on weekly basis.   Going to Thelma Yellin and joining the Young Israeli Philharmonic were the next more serious steps. I also had the great opportunity to play in Daniel Barenboim’s West Eastern Divan Orchestra, at which point it became clear to me that music and clarinet playing were going to be a most dominant part of my life. A major source of inspiration was Professor Ralph Manno in Cologne, Germany. He helped me develop a personal style and taught me how to work as an independent musician.

3) What do you need as an artist today?
I need the company of other artists who keep on challenging each other. I also really need an agency which would take over administrative parts since I don’t enjoy management and would like to spend my time making music and coming up with ideas for interesting projects. 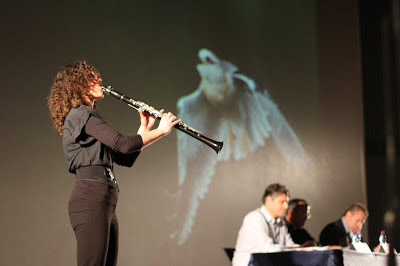 4) What creative project are you working on now?
The latest project is my first CD–Dance Preludes—with my duo partner Pascal Schweren, which will soon be released. It contains 5 short pieces, one of them composed for our duo in 2011 by the German composer Roland Vossebrecker. It turned out to be a great piece and we are now fortunate to have a second piece already by him, a clarinet sonata written 2012. Another premiere coming this July is a piece for clarinet and chamber orchestra by the Israeli pianist and composer Itai Sobol. At the end of August I will give a clarinet course for the second time in Arnsberg, Germany.

5) Where do you see yourself and your career in 10 years?
This will probably be a surprise! Some wishes for the coming years would be playing in good orchestras, plying lots of chamber music concerts, and recording some more. I also hope eventually to be able to teach at an advanced level, besides playing.

6) What does it mean to you to be an Israeli artist?
It is amazing how much talent such a little country has, given its problematic past and present, and how that talent is spreading around the world.  I’m proud to be a part of such an impressive tradition of Israeli artists and musicians.

7) What does it mean to you to have an organization like AICF available in the art world?
It is a blessing to have supportive organizations like the AICF. Besides the honor of receiving a scholarship, the financial support helped my parents and teachers–providing more opportunities and ways to develop, such as participation in courses or playing on better instruments. In today’s economy the AICF’s support has an even greater value. 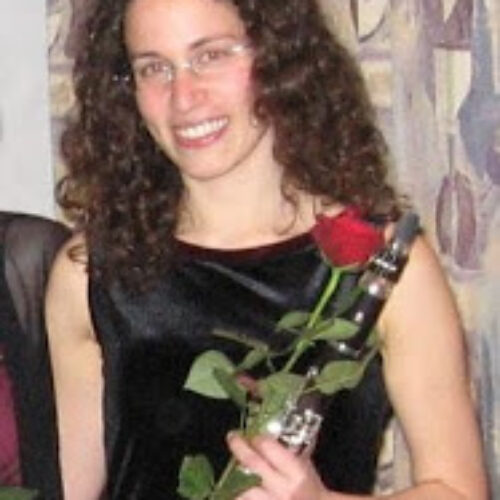