Praised by the 2010 Israeli Prime Minister Award Committee for “creating a personal language fusion that has a unique dimension” in music that is “fascinating, vibrant and drawing the ear as well as the heart,” Israeli composer Gilad Cohen is an active composer, performer, and conductor in different musical genres, including concert music, rock, and music for theatre. Gilad was the recipient of the Israeli Prime Minister Award for Composers in 2010 (the most prestigious award for composers in Israel), and his music was performed by the Nash Ensemble of London, The Israeli Chamber Project, the Meitar Ensemble, harpist Sivan Magen, the Flux Quartet, the Israeli Symphonietta Beer-Sheva Orchestra, the Israeli Revolution Orchestra, the leading Israeli choirs, and Braca Baruh choir. As a performing musician, Gilad co-directs, sings, and plays piano, bass, and guitar. His ensemble “Shorsahim,” with singer Magda Fishman and Gilad’s brother, pianist Yuval Cohen, has been invited to perform on dozens of stages throughout the US, Canada, Israel, and Mexico, including recent performances at Merkin Hall and Jazz at Lincoln Center. As a music theorist, Gilad focuses on analysis of popular music, concentrating on British progressive rock and American grunge. His Ph.D. Dissertation analyzes large-scale structure in the music of Pink Floyd.

1) What or who inspired you to want to be an artist?
My brother, classical and jazz pianist Yuval Cohen (who was also a recipient of AICF Fellowships for many years) was probably my first influence as a musician. As Yuval’s primary focus was performance, I believe I thought I would be better to concentrate on composing… I also grew up listening to a lot of music at home including Israeli songs, The Beatles, Pink Floyd, jazz and classical music, so the choice to create music by myself felt quite natural.

2) What was your creative journey that has brought you to where you are in your career today?
I began studying classical piano as a kid and soon started to play both bass guitar and guitar as well as writing original songs in rock bands. At the age of 16 I started arranging and conducting youth choirs; working with and writing for choirs has become an important part of my career since. While writing so-called “classical” compositions during my undergraduate studies in the Jerusalem Academy of Music and Dance, I wrote music for theatre plays and also released the debut album of my rock band “Double Space,” consisting of Israeli poems set to original music. In 2006 I moved to the US, where I earned my Master’s from Mannes College (studying with the highly-influential Robert Cuckson), and now I am a Whiting Fellow and a PhD candidate in Composition at Princeton University. In September I will begin my second year of the BMI Musical Theatre Workshop in New York.

3) What do you need as an artist today?
My dream is to reach out to as wide an audience as possible with my music, be it with chamber compositions, rock music, or music for theatre. It is challenging to promote new music these days, but I hope that the direction of mixing classical and rock music (either back-to-back or as a fusion of the music itself) will increase the possibilities for both live performances and recordings. I believe that the potential of such mixing is yet to be fulfilled. Additionally, creating theatrical works such as operas or musical theatre is naturally very demanding, as such pieces call for both a large body of people and great resources. Once my upcoming theatre pieces will be completed, I know that I will need any help that I could get in order to bring these works to life.

4) What creative project are you working on now?
I am currently completing a piece for singer and orchestra titled “Dragon Mother,” written with lyricist Sean Patterson for soprano Martha Elliot and the Princeton University Orchestra for performances in the US and France this fall. I also started writing a full-length musical-theatre show with lyricist Caleb Damschroder based on the fantastic play Oh, Romeo! by Israeli author Efraim Kishon, and I hope to get it produced in the US. Next season I will be writing a quintet for electric guitar and strings for guitarist Nadav Lev, a solo harp piece for Sivan Magen, and a violin concerto for Itamar Zorman, all New-York-based Israeli artists who are AICF recipients.

5) Where do you see yourself and your career in 10 years?
In ten years I hope to balance my time between my different musical loves: writing music for classical ensembles, musical theatre shows (hopefully for the big Broadway…), and writing and playing with popular music ensembles. As an educator, I see myself teaching composition, music theory, and songwriting at the university level, and also coaching rock ensembles, musical theatre projects, and choirs. 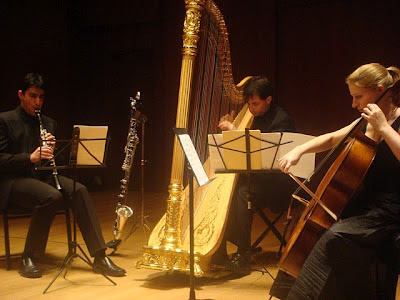 6) What does it mean to you to be an Israeli artist?
During the six years that I have resided in the US, I have been exposed to and influenced by numerous artists from different musical genres, such as classical, jazz, world music, and Broadway. Considering this, I am still surprised to notice how all of my works seem to hold a connection to Israel and to my cultural hertiage. Sometimes it is musical elements such as the use of an Arabic scale or a Jewish-like melody, and sometimes it is a direct conceptual connection, such as my choral settings of texts from Song of Songs, my chamber setting of Yehuda Amichai’s poems “Songs of Jerusalem,” and my recent 20-minute musical-theatre piece, “Healthy Start,” based on a short story by Israeli writer Etgar Keret (written in English with lyricist Laura Marks).

7) What does it mean to you to have an organization like AICF available in the art world?
Many of the Israeli musicians of today could not have reached where they are without the help of AICF. Furthermore, over the last years AICF functions as a home for all Israeli artists abroad, offering a useful network of connections, promotion of activities, and support when possible. For an Israeli artist away from home, it is great to know that there is an open door in AIFC whenever help is needed. 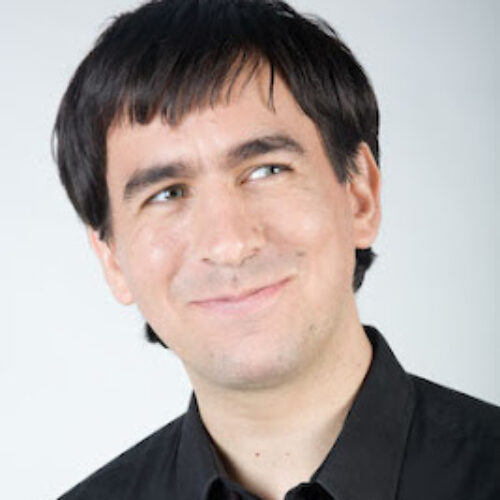