Israeli composer Gilad Hochman was defined as “one of Israel’s most important composers” by the Deutschland Magazine and as “a rising star in the classical music world” by France 24. He was also described as “a fascinating, original and colorful creator” by The Israeli Prime Minister Award committee and as an “already well known classical composer” by the BBC.

Among his many achievements, at the age of 24 Mr. Hochman became the youngest composer to be awarded the prestigious Israeli Prime Minister Award for his artistic work. At age 22 he was the youngest to be appointed composer-in-residence by one of Israel’s best known orchestras, Ra’anana Symphonette. He founded and directed the Arco String Ensemble and the New Sounds concert series of the Israel Composers’ League, and in 2007 won a merit certificate from the city of Ra’anana.

Mr. Hochman’s work, including a wide range of compositions for solo instruments, chamber music, choirs, and orchestras, has been commissioned and performed by leading musicians in Israel, the US, and all over Europe. His work reflects a variety of aesthetic approaches: an evolution from classical music along with a great emphasis on themes relating to the Jewish tradition and his Israeli origin. Gilad’s works have recently debuted at Berlin’s Philharmonic Hall and in Moscow’s Magister Ludi festival, and are to be released on professional CDs by Ensemble Gagliano and Boviar Trio.

1) What or who inspired you to want to be an artist?
Growing up, there was an old piano in my family’s living room. It wasn’t very tuned but it was there. When I was 6 my father suggested me to take some piano lessons, something that made my connection to this instrument and indeed to music much stronger. I can’t remember ever wanting to be a composer but after learning more and more of this endless and magnificent world, it was only natural for me to become one. With time I discovered powerful musical works and encountered many inspiring people. However, I would suggest that becoming a musician, or an artist, is first and foremost about having the opportunity to express oneself through art. It is about education and about having the means to be introduced to and develop in this world of creativity.

2) What was your creative journey that has brought you to where you are in your career today?
It is quite obvious to me that the creative journey is never disconnected from daily life and personal experiences. But relating specifically to my journey in music, it started with private piano lessons, continued with composing since I was 9, then studying piano and composition at my hometown’s Herzliya Music Conservatory, and later being accepted to the Rubin Music Academy at Tel Aviv University. After graduating with honors and winning the Israeli Prime Ministers Award, I moved to Berlin. During all this time I was very much occupied with enriching my knowledge, refining my skills through creating more and more compositions, and having a dialogue with extraordinary people. I believe these were some of the most important things that brought me to where I am today.

3) What do you need as an artist today?
I am very happy with my current situation as a composer and I am grateful for all the good opportunities I get to express myself. If I would need to think of something more that I can wish, it would be for people to realize that composing music is hard work requiring time and support. Without these two things there is very little chance for good music to be created.

4) What creative project are you working on now?
Honestly there are too many to mention. Some are ongoing, some have just began, and some are ideas which in time may ripen. I have recently completed a piece titled Prayer of the Living for Quilisma Jugendchor, for a concert dedicated to the International Holocaust Memorial Day in Hannover, Germany, and at the moment I am preparing for my trip to Moscow, where I will give a master-class at the Moscow State Conservatory and have my music performed several times during the Magister Ludi Festival. A new piece for the wonderful Israeli Sirenot Ensemble is on its way, with a text by Wisława Szymborska, for the Internationale Chorbiennale in Aachen, Germany, and a mandolin concerto for soloists Alon Sariel is in preparation. I am very much looking forward to the release of two CDs this upcoming March by Ensemble Gagliano and Boviar Trio. More musical collaborations with author Nava Semel, photographer Christian Herrnbeck, and some brilliant musicians will probably soon be publicized as well. 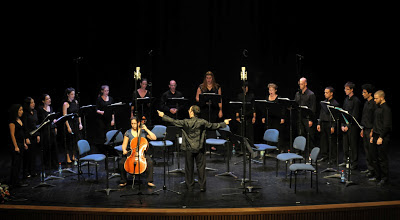 5) Where do you see yourself and your career in 10 years?
In 10 years I hope to continue my development in creating music and in collaborating with wonderful artistic institutions and musicians. But as with any real journey, it is difficult to say what time will bring years from now, or even next year. I have quite a lot of plans and ambition but most important for me is to stay honest with myself, with my surroundings, and with my artistic work.

6) What does it mean to you to be an Israeli artist?
Throughout the years I have been giving this question much thought, starting with what does it mean to be Israeli and what does it mean to be an artist. Both questions offered a variety of answers to which I can relate; however, with time they themselves have changed and evolved. One thing remains stable though, and that is that my Israeli origin, my connection to the Jewish tradition is a deep and very natural starting point. It is difficult to say exactly how cultural background has a direct influence on one’s art, but it is surely at the root of who I am, of my identity and self-definition–and therefore a part of my signature as a composer.

7) What does it mean to you to have an organization like AICF available in the art world?
AICF had generously assisted me with my tuition back when I was a student and had even commissioned a new obligatory piece for The Aviv Competitions 2007, with the support of The Adele and John Gray Endowment Fund. This is not unusual for AICF, which through more than seven decades had assisted the development of tens of thousands of Israeli artists. Personally, this organization gave me much confidence in my path to becoming a composer. The piece AICF had commissioned when I was only a 23 year old student, Akeda for viola solo, is played today all over the world, and its role in my education cannot even be estimated in numbers. Having an organization like the AICF so dedicated to encouraging and promoting excellence in creativity for Israel’s young generation, who later on may even become artists on an international level, is a precious gift that cannot be underestimated, and one for which I know all of AICF’s stipendiaries are deeply grateful. 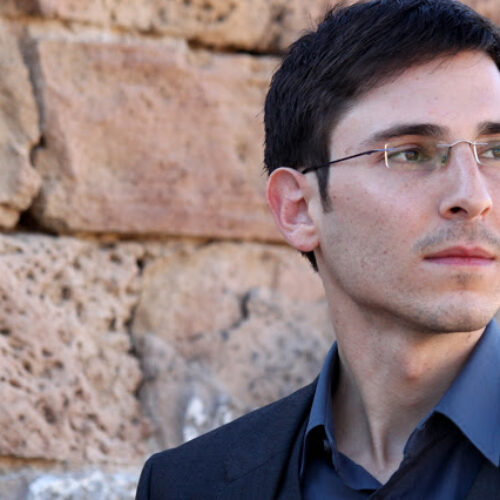