Guy is involved with a variety of musical styles. He was recently chosen to perform for the Art Tatum Jazz Society in Toledo, Ohio. He has also been featured on the latest album of the Israeli-Turkish world music artist, Yinon Muallem; produced and arranged the project Yoni Bloch & the Big Band for the Israeli top rock artist, and has given solo classical piano recitals. In his own unique style he combines elements from: stride piano, bebop, Turkish classical music, gypsy music, European classical music, and rock while maintaining the ultimate goal of spreading joy and love to audiences through music.

Guy recently performed at the Metropolitan Museum of Art as part of AICF’s partnership with Ethel and Friends in the Balcony Bar.

1) What or who inspired you to want to be an artist?
When it comes to Jazz, as far as I can remember, my first big inspiration would definitely be Thelonious Monk’s solo interpretation of “Round Midnight” from the album, Thelonious Himself. The thing is, before I heard that recording I had only played music from notes. One of the pieces I played happened to be “Round Midnight” in this very easygoing, square, and somewhat corny arrangement. When I first heard Monk’s eccentric interpretation of the song, I was shocked. It sounded nothing like what I knew about the song, and yet it completely fascinated me. Monk’s expressive and free spirit have inspired me tremendously and attracted me to this style of music in which you can create so much and bring so much out of yourself. So, affected from what I’d heard, I went back to the piano and decided to explore and experiment with it for little a bit, a little bit that has lasted ever since.

2) What was your creative journey that has brought you to where you are in your career today?
Well, my creative journey has led me through several institutions, such as Thelma Yellin High School, the Israeli Conservatory, Buchman Mehta School of Music, and currently the Manhattan School of Music. I was also fortunate to experience various musical situations: jazz concerts, classical recitals, haflas (the name in Eastern cultures for a party with live music), music for theatre, music for dance, playing with various singers, and more. When I try to think of how things came out up way or what’s the reason for all this, there’s one man who comes to mind, the legendary Israeli jazz pianist, composer, and educator, Amit Golan, who tragically left us three years ago. Amit was my first teacher for jazz; it’s because of him that I fell completely in love with this art form and decided to dedicate my life to it. His passion and uncompromising spirit for the music were incomparable. He really connected me and also hundreds of other students with the tradition and roots of this music. He also took care of me like a father and really believed in me. Amit is the one who planted in me the dream of going to New York to study and play with the best of bests. He’s also the one who pushed me to seriously invest in classical music and the one who introduced me to Harel Shachal, the Turkish clarinet master with whom I have the studied and played for the last four years. He’s a big reason what I am what I am, and a major influence that will remain with me forever.

3) What do you need as an artist today?
The thing I need the most is simply 2-3 extra hours per day. There is just so much to do and learn, so many fascinating musical traditions that I want to delve into, so many amazing people to play and spend time with, so much music to listen to, so much to read, so much to practice, compose, and think on my own, and yet, so little time. These days, it gets even more challenging with the ever growing source of knowledge which is the Internet. There is just so much offered to you at any given moment that it’s hard to choose; all that is left to do is prioritizing and time consuming, but I guess these are good troubles.

4) What creative project are you working on now?
These days I’m in the final preparations of a new project, Strings Connection. I’m lucky to be joined by Israeli Kanun master, Ariel Qassis. It is a duet between the piano and its middle eastern ancestor in which we reinterpret pieces from various musical traditions, emphasizing the connections and the unities between the different styles and instruments. Our repertoire includes music by: Zaleh El Kweiti, Ibrahim Misirali Efendi, J.S. Bach, Dave Brubeck, and also a premiere of a new composition I wrote for the occasion. We’re both super excited for the debut that will take place at the beautiful Felicia Blumenthal Music Center, my favorite recital space in Tel Aviv, August 10, 8pm.

5) Where do you see yourself and your career in 10 years?
I see myself getting closer and closer towards the fine balance I’ve been seeking between performing, practicing, composing, teaching, studying new music, living healthy, spending time with my family and the people I love–and also sleeping well. Musically speaking, my goal is to form an organic coherent compositional and improvisational voice that will fuse my different inspirations and influences. Ideally, this voice will be very recognizable, appealing, and accessible in a way that everyone can enjoy it. In terms of where I’ll live, it can really be a number of places. I definitely see myself continue to travel as I do these day–maybe even more. There are so many different collaborations and projects that I want to do and also so many that I don’t even know that I want to do. So it’s really hard to tell what’s going to happen. As long as I’m creating, learning, growing, and reaching out with my art I’m satisfied. 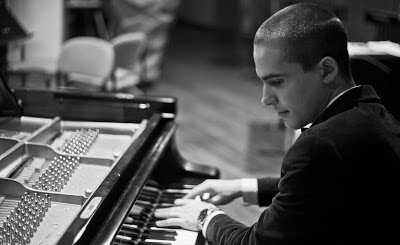 6) What does it mean to you to be an Israeli artist?
For me, being an Israeli artist, especially one who lives outside the country, is really special and something I feel very proud of. Because of the very diverse and freshly created cultural-social environment in Israel, Israeli artists and especially musicians have grown to be very flexible, fresh, and innovative as well. Great masters of fusion. It is amazing how in the very short span of 65 years there’s already a lineage of excellence among Israeli artists, a lineage that is apparently well known around the globe. On the other hand, there’s also big challenge being an Israeli artist, the constant search for identity. Of course, this is a challenge every artist faces, but somehow I feel that for Israeli artists the challenge is particular. Since the country’s so young there’s no consolidated culture or traditions and yet there’s so much on the plate. It’s hard to find what from all that’s offered is really meaningful to you and how will you create from it something authentic and substantial that is unique to you. This is something I deal with every day.

7) What does it mean to you to have an organization like AICF available in the art world?
For me personally, AICF holds a huge importance. I was lucky to have AICF’s support ever since I started playing jazz, through all of my studies in Israel and also now in New York. Moreover, it’s such a blessing to look around and see my Israeli musical brothers and sisters being supported by AICF as well; it makes us feel like a big family. The generosity and broad scope of AICF’s contribution to the arts both in Israel and abroad are truly remarkable and can never be taken for granted. More than that, the recent development, the Israeli Artists Network, makes it even better. AICF now provides us with an incredible opportunity to connect with Israeli artistic forces from around the globe, as well as being a great way to connect audiences with our art. Also, needless to say, it is a huge honor to be on the network alongside such heroes as Omer Avital, Avishai Cohen, Alon Yavani, Daniel Barenboim, and many others. 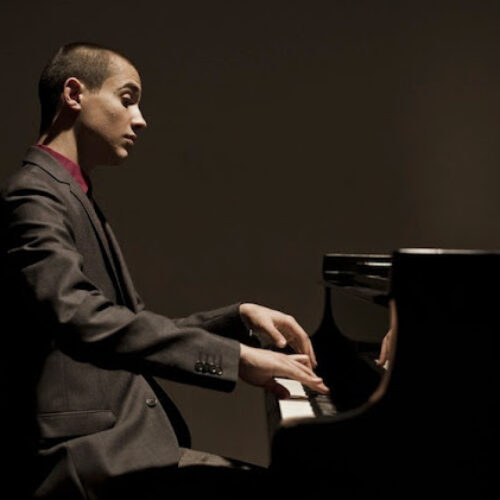