Haggai Cohen-Milo, is a virtuoso of the bass and a pioneer of cross-medium improvisational performance. Undercurrents of Middle-Eastern folk, pervasive and poignant melodies, and eclectic rhythms are characteristic to his distinctive style both in his playing and in his compositions. Haggai performs extensively both nationally and internationally. His playing has captivated audiences in many countries in Europe, the Americas and Asia. He has recorded as a sideman/co-leader on over 20 albums and his debut album as a leader, Penguin, was released in June 2014 on John Zorn’s lable; Tzadik Records.

1) What or who inspired you to want to be an artist?
I was 12 years old and all I wanted at that time was to play music with my friends. I chose the bass when I first heard my best friend’s brother rehearsing the famous bass line for “Pretty Woman” by Roy Orbison.  Many things have changed along the way, my style, my instrument (switched to the double bass at 16), my knowledge and facility, but still today my core motivation behind my music is to play with my friends.

2) What was your creative journey that has brought you to where you are in your career today?
I moved to the states at the age of twenty to attend The New England Conservatory and to pursue a professional life in music. By the time I graduated I felt so disoriented and unclear about my way and the reason I was even making music, that I decided to make a radical change; I moved to California to live and play with my closest friends in a band. During the two years I lived in California, I fostered a strong attraction and connection to NYC and in the fall of 2011 I made the move back. Since 2007 I’ve played on some of the best and most renown stages in more than 20 countries over the world and recorded more than 15 albums as a sideman and co-leader. In April 2014 I released my debut album as a leader on the prestigious New York label Tzadik Records.

3) What do you need as an artist today?
As an artist I feel there are a few crucial things to my process and success: a close and vibrant artistic community, endless inspiration, and supportive friends, colleagues, fans and audiences.

4) What creative project are you working on now?
I’m focusing on a few projects at the moment. My new album was release in April and I’m promoting and performing that music.  Another project I’m extremely invested in is a method I’ve been developing for interdisciplinary improvisation between musicians and dancers. The name of this method is MakeSpeak, and you can learn more about the process at www.MakeSpeakMethod.com. Other than these two big projects I’m also deeply invested in a few long going collaborations with the Omer Klein Trio, Banda Magda, Rotem Sivan Trio and Hadar Noiberg.

5) Where do you see yourself and your career in 10 years?
I aim to continue in the same trajectory I’m currently on. In 10 years I plan to still be collaborating with my friends on making great art and researching and expressing concepts and ideas that deeply interest and fascinate me. I hope to become a millionaire doing so, but if not I’ll still be a very happy and blessed man!

6) What does it mean to you to be an Israeli artist?
Being an Israeli artist means you are a part of a great community. The talent, diversity, and quality presented by this community are immense and overwhelmingly impressive at times for such a small country. More over, the support and love I experience, as a part of this group, is priceless.

7) What does it mean to you to have an organization like AICF supporting Israeli culture in the past 75 years?
I’ll try to answer this question from a broad point of view. For me, the support of the foundation for so many artists for so many years in spite of great challenges shows that people care.  I can’t imagine a better way to send a message than though great art.  AICF provides an amazing service by showcasing authentic talent and providing a means to help grow young artists’ careers through connections, support, investment, and so much more. 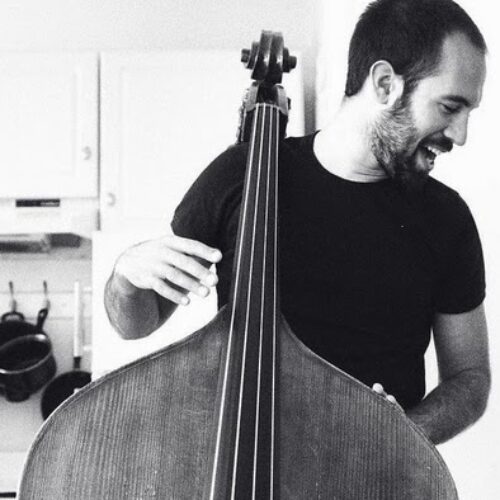