The 5th Evgeny Svetlanov International Conducting Competition which was held in Monaco this June concluded with a big achievement by Israeli participant Ilya Ramת who won the audience prize.

The competition’s mission is to help young conductors at the beginning of their careers and to support and guide them. The 2022 event was held under the High Patronage of HRH the Princess of Hanover and the competition’s official orchestra was The Monte-Carlo Philharmonic Orchestra. This orchestra, which is the pride of the Principality of Monaco, has worked for over a century with the world’s greatest musicians, artists, and conductors. Kazuki Yamada, the orchestra’s current musical and artistic director, has given his enthusiastic support to the Competition and was also a member of the jury.

Ilya Ram (USA / Israel) has also won a diploma for his achievement with Euan Shields from the USA.

To competition was broadcast live on Medici.TV where it is available to rewatch. 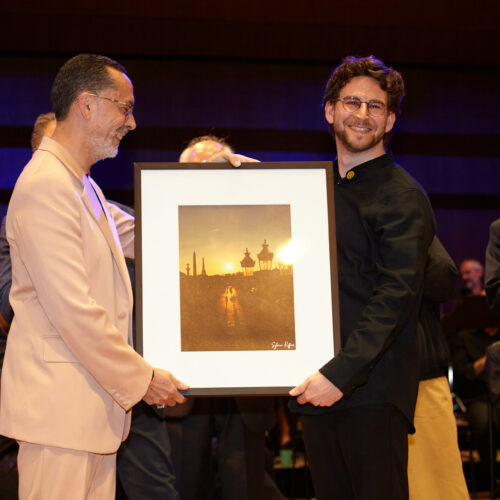