A new album with Cellist Inbal Segev and pianist Juho Pohjonen, which is out today on AVIE Records.

The album caps series of recent highlights from a busy spring for Segev, which included performing Christopher Rouse’s Violoncello Concerto (as the second ever cellist to play the work, after Yo-Yo Ma) with the Albany Symphony and conductor David Alan Miller; Dvořák’s Cello Concerto with the Pasadena Symphony; and music by Augusta Read Thomas and Christopher Walczak at Southern Illinois University’s Outside the Box New Music Festival.

In April, Segev performed the world premiere of Timo Andres’ new cello concerto, written for her, with Metropolis Ensemble at The Met Museum. The concert received a fantastic review from The Strad, which praised Segev performance for its “luscious phrasing and intonation” and “gorgeous tone”.

In June, Segev had the pleasure of performing at the second annual Baltimore Symphony Orchestra New Music Festival, which she co-curated once again with Music Director Marin Alsop. The Baltimore Sun reviewed the festival and highlighted her performance with percussionist Svet Stoyanov at their chamber music concert. Most recently, Segev enjoyed performing recitals with pianist Pohjonen at Salon Christophori in Berlin and Tannery Pond Concerts in Upstate New York. In August, she will be heading to Montana for Festival Amadeus. 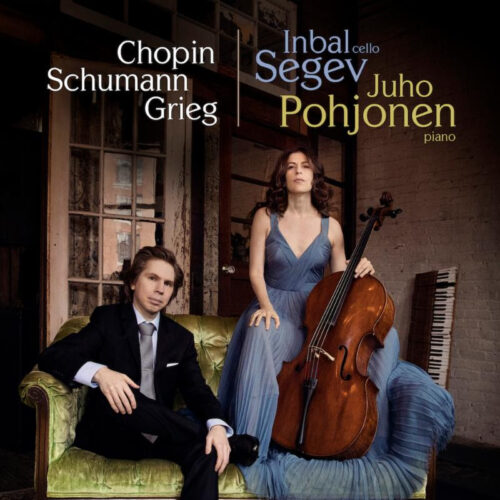