Interview and Performance with Saar and Stephanie

Ahead of their new album release, Saar and Stephanie recently recorded an interview and performance with Andrew Dickenson for his show Musical Snapshot.

Watch to Saar Ahuvia (an AICF grant recipient) and Stephanie Ho discussing the upcoming album Cavatine, which will be released on New Focus Recordings in October 2020. The album will feature Beethoven’s Quartet Op. 130 with the intrepid Grosse Fuge in four-hand transcriptions as well as the iconic Schubert Fantasie in F Minor.

At the end of the brief interview, the duo performs the exuberant first movement of Op. 130 live from their home in Queens. 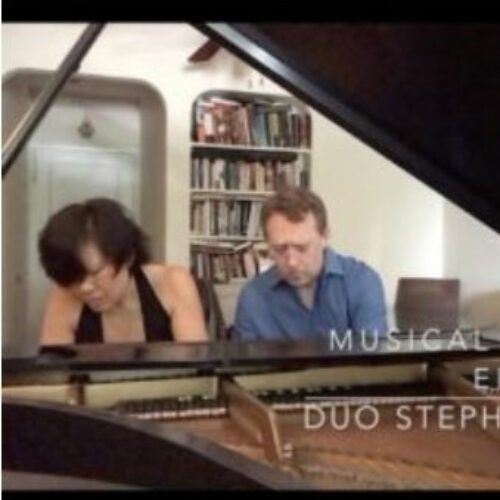