Ira Eduardovna was born in the former USSR and currently resides in New York. She received her MFA from Hunter College in 2011 and a Bachelor degree in Art and Education from Tel Aviv University in 2004. She had a solo exhibition at Braverman gallery, Tel Aviv, Israel, in May 2012 and about to have her debut NY solo show at Momenta Art in Brooklyn in November 2012 with an opening reception on November 9th at 6-9pm. Her work has been included in numerous group exhibitions and screenings in New York, Israel, Greece, Italy, Japan, Finland, China, and elsewhere.

1) What or who inspired you to want to be an artist?
My mother. When I was little, she would arrange still lives in our house and teach my sister and me how to draw. Both of our parents always encouraged art in any form whether it was playing musical instruments, drawing, writing or performing. I enjoyed art making more than anything else and that inspired me to pursue this as an adult.

2) What was your creative journey that has brought you to where you are in your career today?
After I finished my undergraduate program in Israel I went traveling for almost 2 years in the US and Europe. Eventually I moved to Los Angeles and lived there for almost two years and then moved to NYC to pursue my MFA at Hunter College. The 4 years in between my B.F.A. and MFA were very constructive for my art practice: I was filming all the time and collecting materials, making sketches and doing lots of reading and writing. My partner Robi, whom I met in Los Angeles, is a filmmaker and he exposed me to methods of working in film that I applied to my video work. When I started my MFA at Hunter I really felt as if those 4 years spilled into my studio practice and it was amazing. The 3 years of the MFA were essential and provided me with the time, space and dialogue that I needed to be able to experiment and focus at the same time. Also, moving to the states influenced my work a lot: I film members of my family very often and I feel that being so far away from them became part of this too.

As so many artists in NYC I always need more time, space and funding for projects.

I always work on a few projects in different stages: there is usually one in post- production, one in pre-production and right now there is another one that is being installed. I’m editing a piece that I filmed in Israel a few months ago. It shows my parents trying to refuse reading a declaration of loyalty to a country. I’m making a story board for a project that I want to film this spring and I am also working on the installation of my first NY solo show that will open at Momenta Art in Brooklyn on November 2nd . I will be showing a recent six channel video installation called That. There. Then. In this piece I cast four actors to play members of my family the way they were 20 years ago.  My real family performs in it too, in my sister’s house, and they compete with the “fake” family in a staged TV show that is based on an iconic Soviet TV show called “What? Where? When?”. The narrative is filmed to be shown on 6 channels: one channel shows the edited TV show, another channel shows my real family and 4 monitors show the points of view of the game participants. 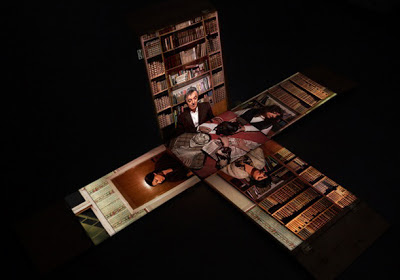 It would be great to produce 2-3 pieces a year, have lots of studio time, travel a lot and to be relevant. It would be amazing not to need another job besides being an artist.

6) What does it mean for you to be an Israeli artist?
In NY most people are from somewhere else, and my Russian-Israeli identity places my work in a specific context. My work is autobiographical and I am always thinking about how it’s going to be perceived here since the themes are fairly local to Israel or former USSR republics. Critiques at grad school were a really good test for me, I could see what the public responds more to–how the Russian and Hebrew languages are perceived here–and it was a good time to learn how to communicate my ideas for the non Israeli/Russian public. The interesting lesson that I learned is that there is this international identification with the themes I’m interested in–migration is a global experience and the collapse of Soviet Union affected the world in many ways so I was very excited to see how people from many different countries respond to my work and identify with it.

It means a lot. Organizations such as AICF and Artis have been extremely helpful with consultancy, grants and the community that they create. They provide sort of an anchor and it’s wonderful. The warm and friendly support from the people that work at those organizations makes the whole experience of being an artist in NY much more pleasant. 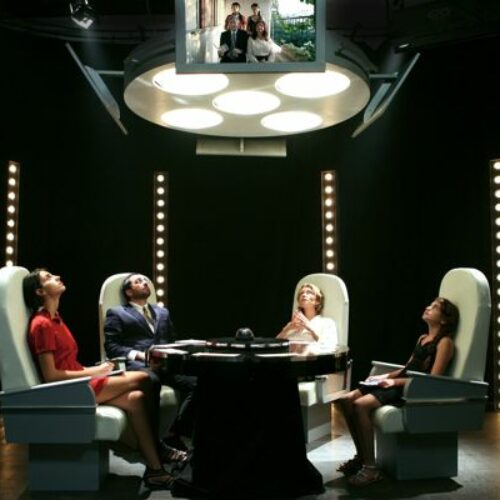